They’d barely been driving around for a few minutes when they pulled over so the singer could show the British late-night host some of the dance moves to her song “What About Us.”

Of course the party didn’t really get started until the pair launched into an appropriately energetic rendition of Pink’s hit single “Get the Party Started.”

The segment ended with the duo hanging upside-down while Pink explained to Corden that singing in that position improved her vocal performance.

Earlier this year, Pink appeared as the musical guest on “Saturday Night Live,” where she performed two of her hits. The first, “What About Us,” is her first single off of her new album, “Beautiful Trauma.” Pink hit ever note flawlessly and left the audience, along with viewers at home, completely blown away. 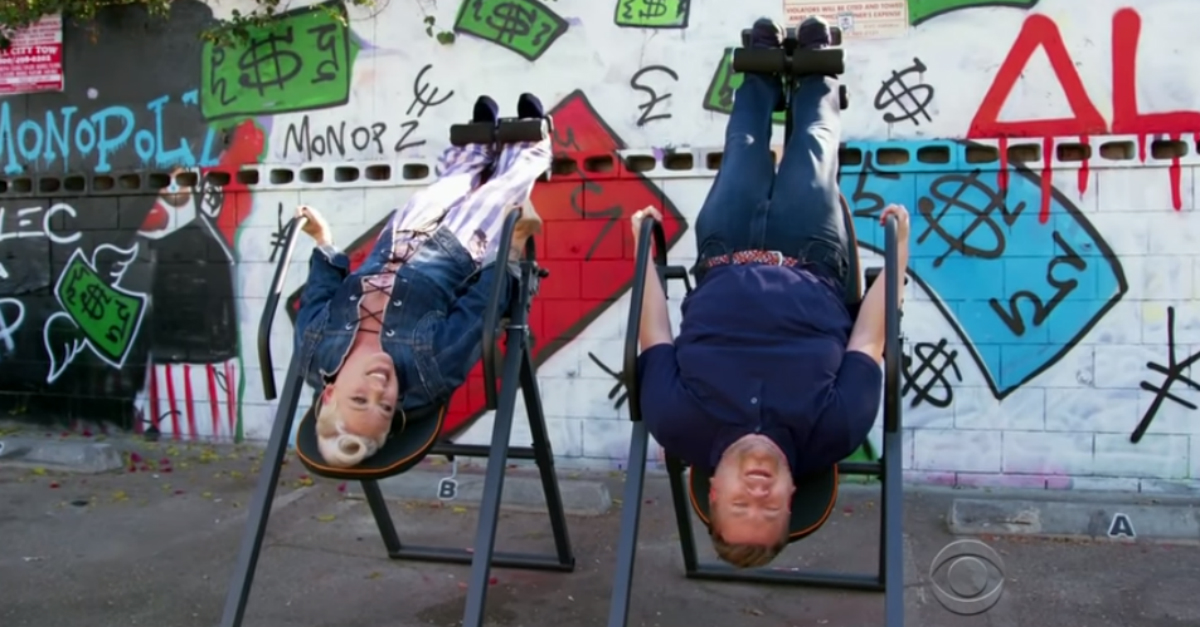