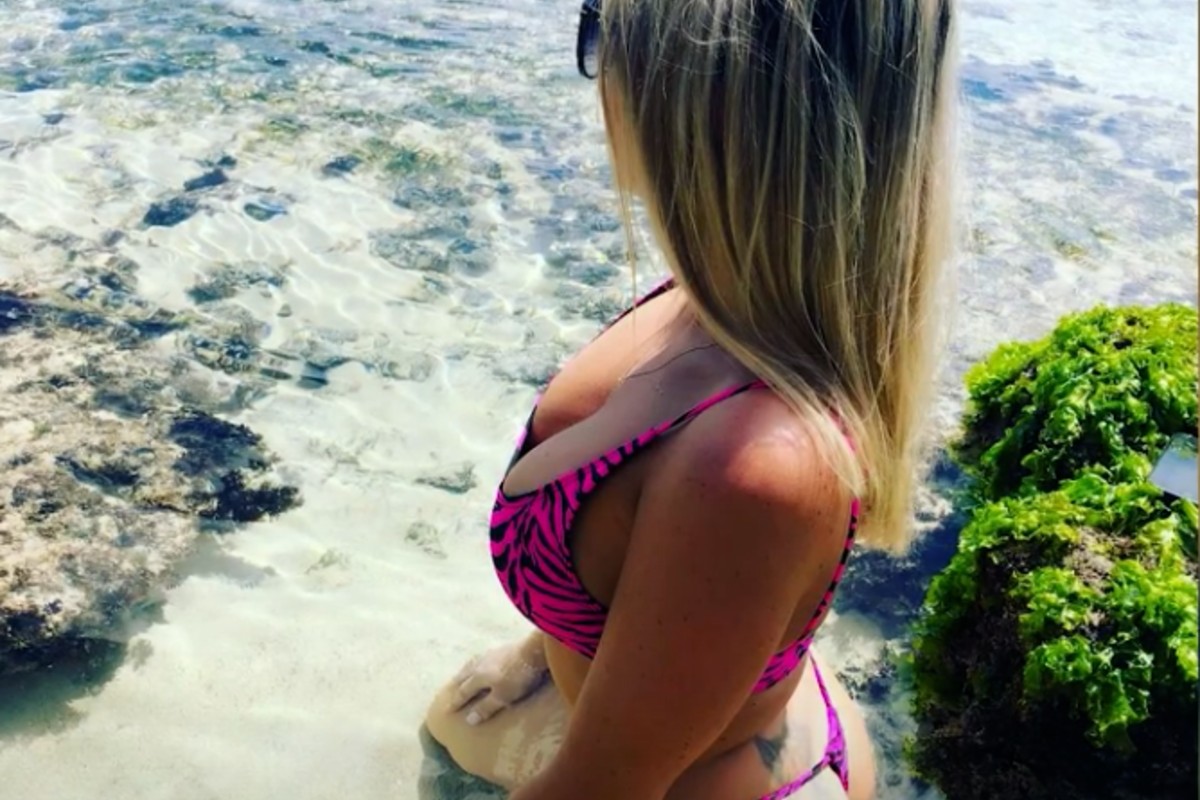 You read correctly: Steve Irwin’s niece Rebecca Lobie has risen to internet hottie fame, thanks in part to her family connections and in part, to the racy images she shares on social media. So attractive is the Australian influencer, international media is abuzz with rumors that she is about to release an X-rated (they hope) OnlyFans account.

It was The Daily Mail that first began circulating the news that the 33-year-old model might be launching her own OnlyFans. According to the outlet, Lobie uploaded a raunchy post to her Instagram story last week, giving users a peek at her photoshoot with Tristan Manas — a Queensland lingerie photographer who often works with OnlyFans models. The image featured Lobie wearing black lingerie and posing on the floor of a high-rise hotel room.

She captioned the photo: “A little behind the scenes with @tristanmanas! Who?s excited to see the pics from this shoot?”

It’s not even halfway through the year and OnlyFans creators are already making waves! 🌊 In our most recent blog, we showcase some rising stars who have been killing it with their content in April! 🔥 Go and check it out here: https://t.co/ZiMPWHMlU6

During the COVID-19 pandemic, the site has exploded in popularity as users turn to the platform to earn extra money. According to Business Insider, OnlyFans revenue went up over 500 percent during lockdown. The site is also popular with British reality TV stars, including The Only Way Is Essex’s Lauren Goodger and Love Island‘s Meghan Barton Hanson, reports Daily Star.

Rebecca rose to internet stardom in 2019, when she first started posting seductive snaps and selfies. Part of her success may be attributed to her connection to Steve Irwin’s “The Crocodile Hunter”. Steve passed away in 2016 after being pierced in the chest by a stingray barb while filming a wildlife documentary in Batt Reef, Queensland.

Rebecca is the daughter of Joy Muscillo, Steve Irwin’s sister. The influencer worked as the managing director of the Irwin family’s Australia Zoo before leaving in 2015. Her cousin Bindi Irwin, Steve’s daughter, is now in charge of overseeing the Australia Zoo’s operations, alongside her mother Terri Irwin and brother Robert Irwin.

Rebecca and her husband Mick have been married for 13 years and share two sons.