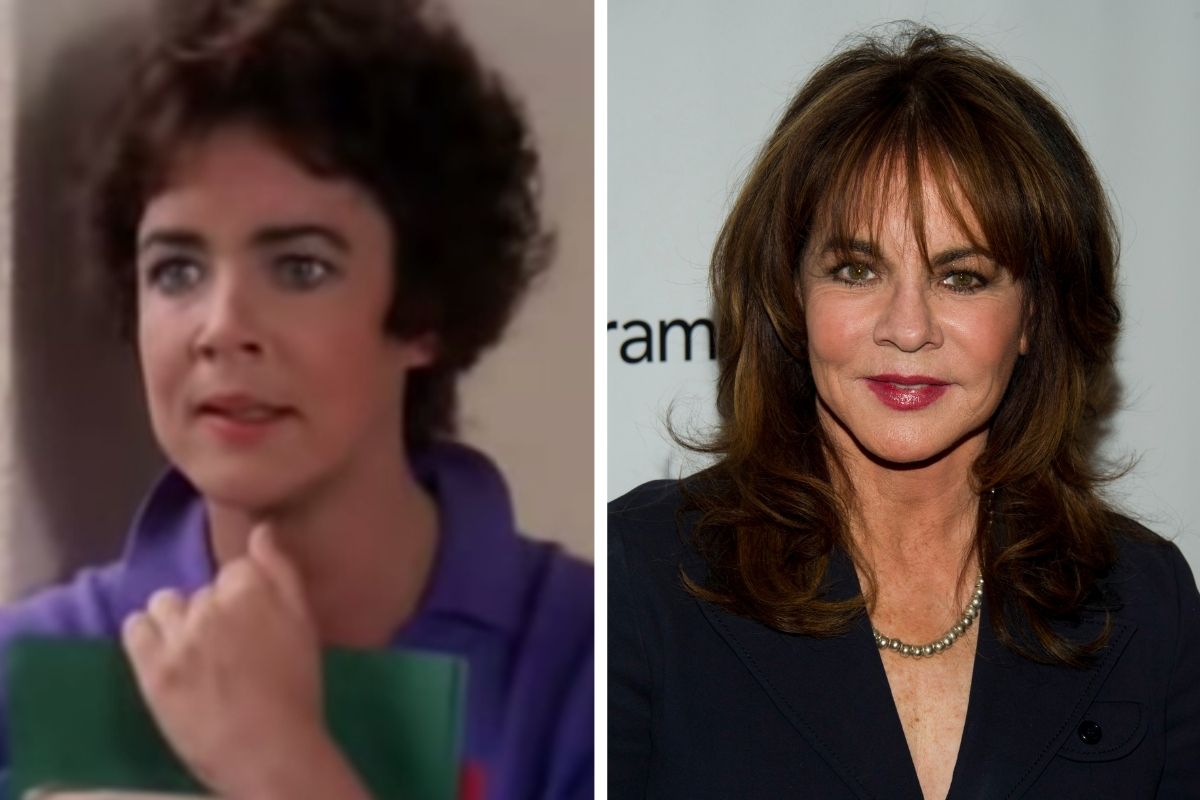 Stockard Channing has had a successful tv and film career, but she may ever be remembered most fondly for her portrayal of cigarette smoking, tough gal Rizzo in Grease. Her real-life was a little less rock n roll, however, and more like some of the girls, she played opposite of in the movie. She was born into a wealthy family, to parents Lester Napier Stockard and Mary Alice Stockard who raised her in Brooklyn. She attended the best schools including the NYC Chapin School and later the Madeira school in Virginia. At the age of sixteen, her father left her a large sum of money upon his untimely passing. Channing studied at Radcliffe College studying history and literature. And adept student, she graduated summa cum laude.

In 1966, Channing made a debut with the Theatre Company of Boston and continued to work with them for multiple productions. In the early 70s, she moved to New York and was in her first Broadway production, Two Gentlemen of Verona. Other performances included No Hard Feelings. Adaptation/Next and the classic Arsenic and Old Lace.

Betty Rizzo in Grease was, needless to say, her standout role. It came in 1978 and she was 33 years old. The film was wildly successful and won many awards. For the movie, Stockard Channing won the People’s Choice Award for Favorite Motion Picture Supporting Actress. This award would be the first of many.

Post Grease, she landed some sitcoms, Stockard Channing in Just Friends and The Stockard Channing Show, both of which only ran for a couple of months. Afterward, she returned to Broadway starring in A Day in the Death of Joe Egg, and They’re Playing Our Song, Moll Flanders, Six Degrees of Separation, The First Wives Club, Practical Magic, and winning a Tony Award along the way before she started doing some television acting. She worked with Henry Winkler in Out of Practice and had a recurring role as Dr. Abbey Bartlet, on The West Wing. She would later earn Emmy Awards for Outstanding Supporting Actress in a Drama Series and for Outstanding Supporting Actress in a Miniseries or a Movie.

Where is She Now?

The actress married four times, starting with her first marriage to Walter Channing Jr. in her early twenties. This marriage only lasted for four years but she kept his last name as part of her stage moniker. The next three husbands were Paul Schmidt, a Slavic language professor, writer-producer Davin Debin, and cinematographer Daniel Gillham. She and he have been together since 1988 and remain a couple. Stockard Channing has no children.

With only her relationship to focus on she is able to continue to pursue her career. In 2012 she accepted a recurring role in The Good Wife. She has continued to perform on Broadway and win awards, a Tony Award for Other Desert Cities being one of them. She was also chosen to be the lead in Apologia, while in London, before moving again to NYC.

Watch: ?Rise of the Pink Ladies?: The Original Cool Girls Take Over in ?Grease? Spinoff Series