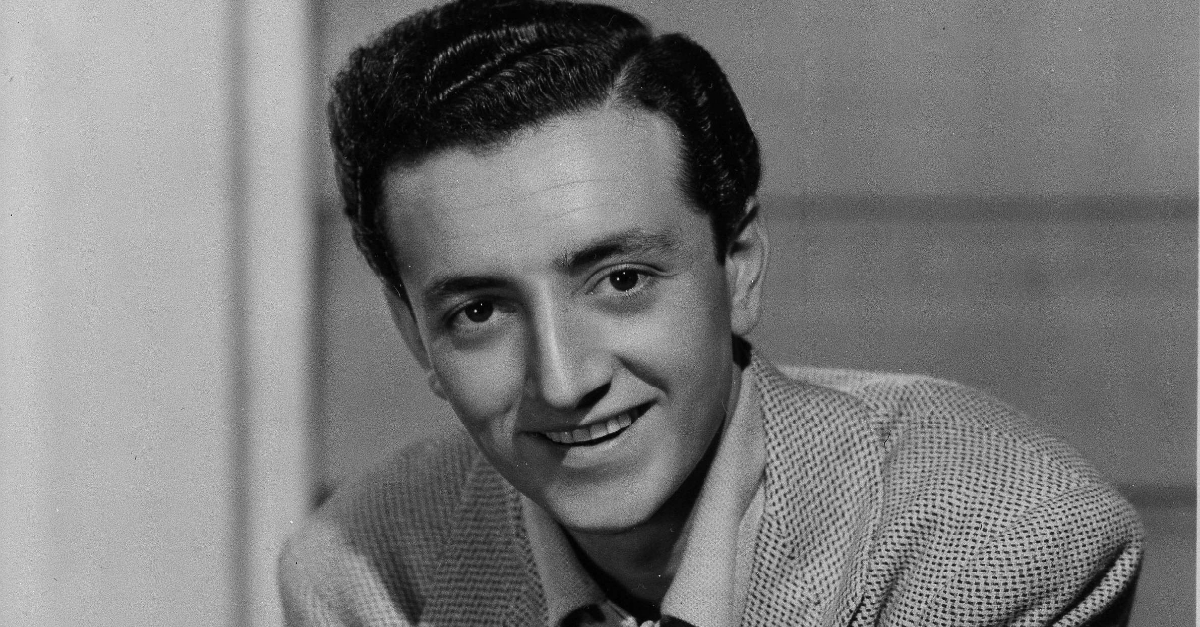 Renowned singer and songwriter Vic Damone died on Sunday, Feb. 11, at the age of 89, according to Fox News.

Damone, whose baritone voice was so silky that fellow crooner Frank Sinatra once said he “had the best pipes in the business,” passed away at Mount Sinai Medical Center in Miami Beach, Florida, with his loved ones at his side.

Damone was a Brooklyn native born to Italian immigrants. He was a huge fan of Sinatra, and his desire to follow in his idol’s footsteps encouraged him to take singing lessons. He also sang in the choir at St. Finbar’s Church in Bath Beach, Brooklyn.

In April of 1947, Damone entered the talent search on “Arthur Godfrey’s Talent Scouts” and won. His victory earned him a regular spot on Godfrey’s show, and his star continued to rise.

His first single, “I Have But One Heart,” reached number seven on the Billboard chart.

Best known for hits “You’re Breaking My Heart” and “On the Street Where You Live,” the crooner would go on to become a crossover star with prominent roles in multiple TV shows, including “The Vic Damone Show” on NBC. He also appeared in movies movies like “Kismet” and “Rich, Young and Pretty.”

Damone was married five times. His fourth marriage to African-American singer and actress Diahann Carroll ended in 1996. His fifth wife, Rena Rowan-Damone, passed away in 2016.

Damone was a close friend of President Donald Trump, who, in 2016, offered to be a character witness on Damone’s behalf in the event that a legal dispute occurred between Damone and his step-daughters over control of his then-ill wife’s estate.

RELATED: Fans are stunned by a beloved veteran television and film actor’s death at the age of 59