The Night Stalker: What Led to the Twisted Fate of Richard Ramirez? 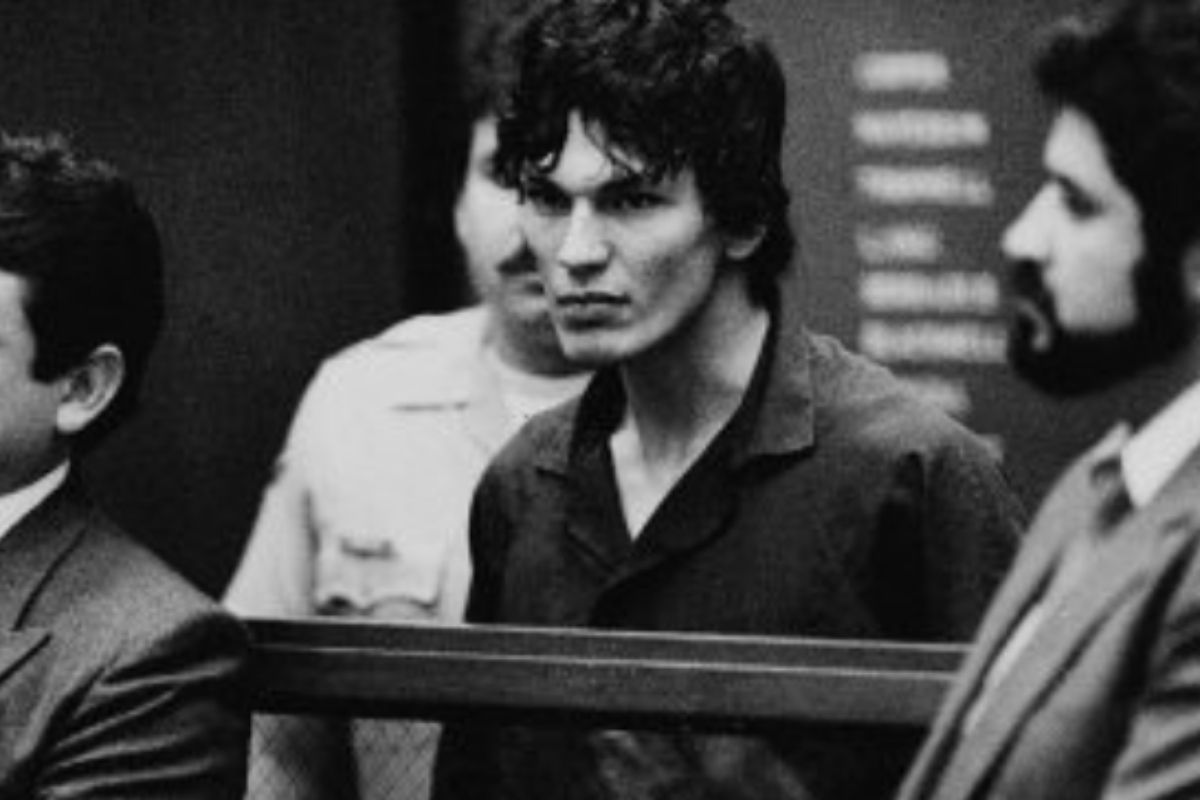 For 13 months between June 1984 and August 1985, the residents of California, specifically in between the Los Angeles area and San Francisco area were terrorized by a serial killer given the name, “the Night Stalker.” Killer Richard Ramirez was allegedly the deeply disturbed man behind the sexual assaults and satanic-ritualistic murders that haunted the citizens of this state, and his case was one of the most complicated and most expensive ones to deal with historically, becoming a gold mine for true crime.

Richard Ramirez had a horrible childhood growing up, as one probably would considering how gruesome his attacks were. Born and raised in El Paso, Texas, his mother left him in his own home to suffer the physical abuse his father imparted onto him alone. He suffered two serious head injuries and often had epileptic seizures from the abuse. To get away from his father, Richard started hanging out with his older cousin Miguel, but he wasn’t any better of an influence.

Miguel, a decorated Vietnam veteran, also had a twisted mind, often showing Richard pictures of Vietnamese women he had tortured during the Vietnam War. He even showed Richard a picture of him posing with one of the women’s severed heads. Eventually, Miguel shot his wife in front of a 13-year-old Richard, ultimately scarring the boy for life. Miguel, however, was found not guilty for murdering his wife and had only spent four years in an insane asylum, before coming back out to cultivate Richard’s growing obsession with sexual violence.

Richard then had been arrested for attempted rape, but the charges were dropped since the woman did not want to testify against him. Beginning to use LSD, Richard began practicing Satanism, later proudly proclaiming the faith that ruled his life.

​On June 28, 1984, the American serial killer and rapist brutally raped and murdered 79-year-old Jennie Vincow. He had broken into her apartment and killed her in her bed, where authorities had found her body, her throat cut so deeply she was almost decapitated. He had also stolen some of her things.

He laid low for a few months until he struck again. On March 17, 1985, he went after Maria Hernandez and her roommate Dayle Okazaki. Maria managed to escape, but Dayle became Richard’s second known murder victim. Not finished with the night, Richard continued on to shoot and kill Tsai-Lian Yu. From then on, over the next few months, he stalked and murdered his victims, causing terror in the hearts of Californians everywhere.

10 days after kill Tsai, he established a pattern that defined his crime scenes. This was evident when he killed 64-year-old Vincent Zazzara and his wife, 44-year-old Maxine. After shooting and killing Vincent, he killed Maxine with a knife, also gouging out her eyes. He would continue to stalk and murder his victims for close to 14 months and strike terror in the heart of Californians throughout the state. Everyone was terrified that the Night Stalker would break into their homes while they slept and perform a Satanic ritual of rape, torture, and murder.

Richard seemingly picked his victims randomly from all over Southern California, both male and female between the ages of 22-years-old and 80-years-old. What connected all his crime scenes was evidence of some sort of Satanic ritual that had occurred along with the assaults. He caused a heightened public anxiety, with gun sales, lock installations, and window bars increasing. Police officers increased their presence on the streets and the FBI created a special task force to hunt him down.

Soon, a witness provided his license plate number to where police officers were able to track down the vehicle and get a partial fingerprint from it. The Los Angeles Police Department ran the fingerprint through their new database system that miraculously recorded the fingerprints of anyone born January 1960 and forward. Richard was born in February 1960. Another victim who had managed to escape one of Richard’s nightmares was able to provide a sketch that made Richard popular, despite him not knowing how fast he was reaching fame.

The End of the Night Stalker

With his sketch out in public, Richard was recognized sooner than later. In August 1985, he walked into a convenience store in Los Angeles, when a group of elderly women recognized him and fearfully pointed him out to police officers. Seven police cars and a helicopter chased him down before a vigilante group of bystanders tackled him down, beating him with a metal pipe. He thanked the police for saving him when they brought him in.

In the most expensive trial in California, Richard was finally convicted of all the charges against him, which included 13 counts of murder, 5 attempted murders, 11 sexual assaults, and 14 burglaries. He was sentenced to death by asphyxiation in a gas chamber, but that wasn’t the end of his story. Housed on death row in the San Quentin State Prison, his appeal would take over 20 years delaying his death sentence with over 50,000 pages of trial records to go through.

Richard had even acquired a group of sick and twisted goth groupies, one of who he married, Doreen Lioy. After his first round of appeals in 2006, he submitted more appeal requests, ultimately delaying his execution for another 7 years. Did he ever get executed? The answer is no.

On June 7, 2013, Richard Ramirez died of B-cell lymphoma at 53-years-old, escaping death row after spending 23 years on it. He showed no remorse or expressed no admittance to any wrongdoing, leaving the world with the famous quote he told the judge upon hearing his death sentence, “Hey, big deal. Death always comes with the territory. I’ll see you in Disneyland.”

Editor’s note: This article was originally published on August 20, 2020.

Watch: The Gainesville Ripper: The Serial Killer Who Inspired the Movie ‘Scream’