Richard Simmons Extreme Weight Loss Landed Him in a Hospital 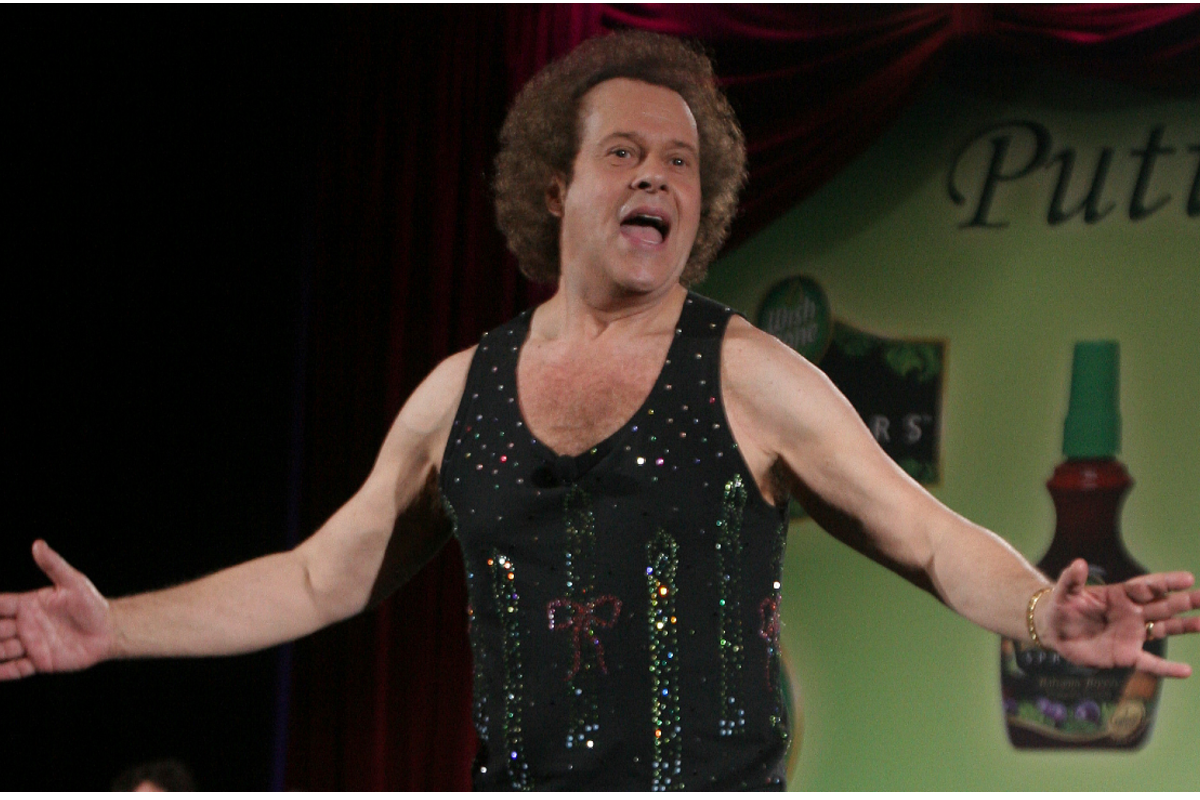 The note upset Milton — the future Richard Simmons — so much, that for the first time in his life he decided to lose weight. Simmons turned to starvation, diet pills, and bulimia to shrink down to 119 pounds. But before that, he was in Federico Fellini’s Satyricon and The Clowns.

“Bulimic, anorexic, you name it,” Simmons remembered in an interview with Men’s Health.  “And after all the throwing up, I would starve myself. Which meant eating lettuce and water for two and a half months. I almost lost my life.” Simmon’s extreme weight loss measures eventually landed him in the hospital.

But the story doesn’t end there. In 1973, Simmons left Europe (where he had been studying art) and moved to Los Angeles. In California, he found work as a waiter at an Italian restaurant called Derrick’s.

Although the future fitness guru had never exercised before, he was determined to get in shape. He tried pilates, tap, and personal training, but nothing felt quite right. All of the gyms were targeted at people who were already fit.

“So I decided then, I need to open a gym for people like me,” he said. “A place for the overweight and out of shape. And I’m just going to act silly and dance and get them sweating.”

It took Simmons more than a year to save the $25,000 he needed to open his own studio. He found a location in Beverly Hills and opened up the Anatomy Asylum (which would one day become Slimmons) along with a salad bar called Ruffage.

What began as a small studio run by New Orleans-born fitness instructor soon grew into a fitness empire that stretched across the United States and beyond. For decades, Simmons was everywhere, on TV shows, radio shows, movies, and commercials — he even played himself on General Hospital. In the ’80s, Simmons hosted an Emmy-award winning talk show called The Richard Simmons Show, and a food show called Slim Cookin. He was frequent on talk shows like Late Night with David Letterman, Entertainment Tonight, and The Howard Stern Show.

Simmons is perhaps best known for his fitness tape, Sweatin’ to the Oldies. The tapes famously featured normal-size people led through dynamic dance moves by Simmons in his iconic tank top. The tape went on to sell 25 million copies.

Where is Richard Simmons Now?

After 42 years of business, Simmons led his final exercise class at Slimmons in 2016. It was around this time that Simmons ceased making media and public appearances. His disappearance has sparked many rumors over the years (including that Simmons was being held hostage by his housekeeper or that he had a sex change).

The mystery even inspired a podcast called “Missing Richard Simmons.” In the podcast, Dan Taberski — a former producer for The Daily Show with Jon Steward and student of Simmons — investigates the disappearance of the fitness mogul from the public eye.

But Simmons’ brother, Lenny Simmons, has dispelled such rumors. “My brother is fine,” Lenny told People. “After 40 -some odd years, he just decided that he wants to rest. He’s 68 years old now and he’s in good health, but he just wants time for himself.”

In 2017, LAPD detectives even visited Simmons’ home to check on him, and issued a statement that Simmons was “perfectly fine”.

At the beginning of the COVID-19 pandemic last year, the Louisiana-born fitness instructor restored his YouTube channel and began reposting retro workouts for people under quarantine. Simmons also posts on social media to encourage fans to follow healthy habits during coronavirus lockdown, tweeting “Get up and move!” and “Are your snacks healthy?”

“Richard is enjoying life at home after a 40-year career of traveling the world and inspiring people to take better care of themselves,” Simmons’ publicist Micheal Catalano told the New York Daily News.