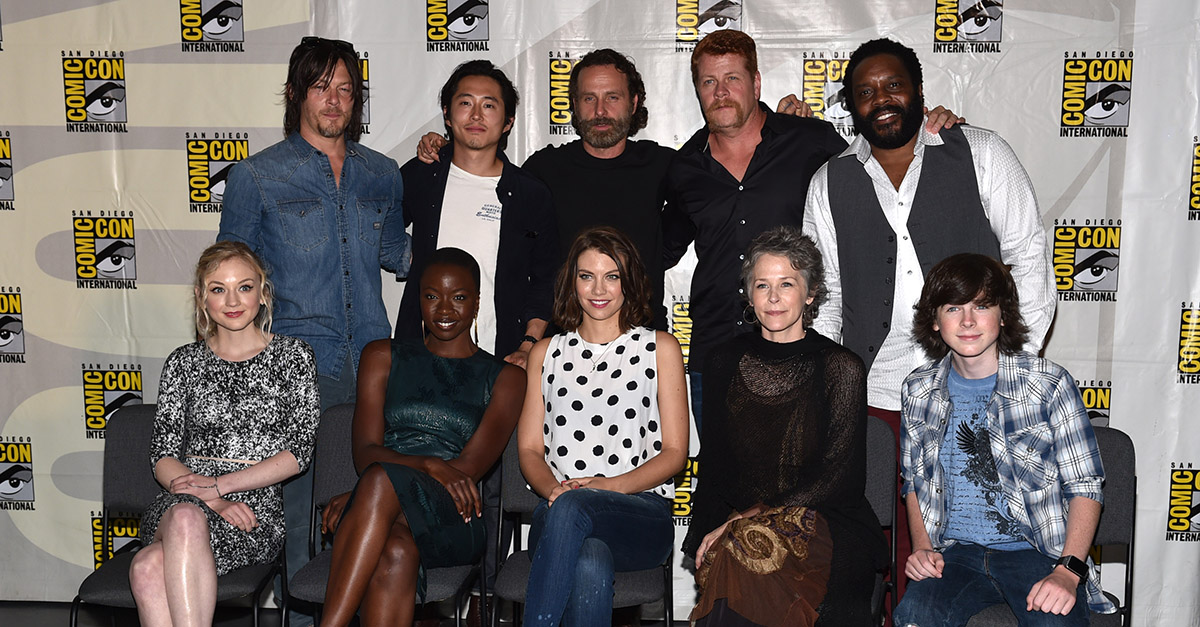 The popular AMC zombie drama series “The Walking Dead” has never had a problem with killing off your favorite characters. Only two of the seven actors to receive billing in the opening credits of the show’s first season are still with the show, and one of them’s about to die. Which means that Andrew Lincoln’s Rick Grimes will be the only main character to make it through 8 seasons.

Kirkman recently expressed some remorse over the death of a beloved character while participating in a q&a session on the 2018 Walker Stalker Cruise (which is essentially a huge “Walking Dead” convention that takes place on a cruise ship.)

“I mean, I always loved Tyreese. I miss the character a lot in the comics, and it was great getting to write him again for the show, and you know, I thought he was a cool guy,” Kirkman said. “I liked how gentle he was and how ill-equipped for the world he was and what a struggle it was for him to bash people’s heads in with that hammer.”

Check the whole session in the video below:

RELATED: The “Blue Bloods” cast is adding a familiar face to its ranks when it returns to TV screens next year

The Walking Dead’s 8th season will return from its midseason hiatus this month.

The decision to kill off Carl left Chandler Riggs, the actor who plays him, reeling.

“It was devastating for me and my family, because the show has been such a huge part of my life for so long,” Riggs recently told The Hollywood Reporter regarding his exit from the series. “For a few days, we didn’t know what to do … I decided that I wanted to not go to college for at least a year and move to L.A. and focus on acting and music. It ended up being a great thing, because now I get to do all kinds of other stuff that I haven’t been able to do in the last eight years.”

“Watching Gimple fire my son 2 weeks before his 18th birthday after telling him they wanted him for the next 3 years was disappointing,” he wrote in a candid Facebook post. “I never trusted Gimple or AMC but Chandler did. I know how much it hurt him.”