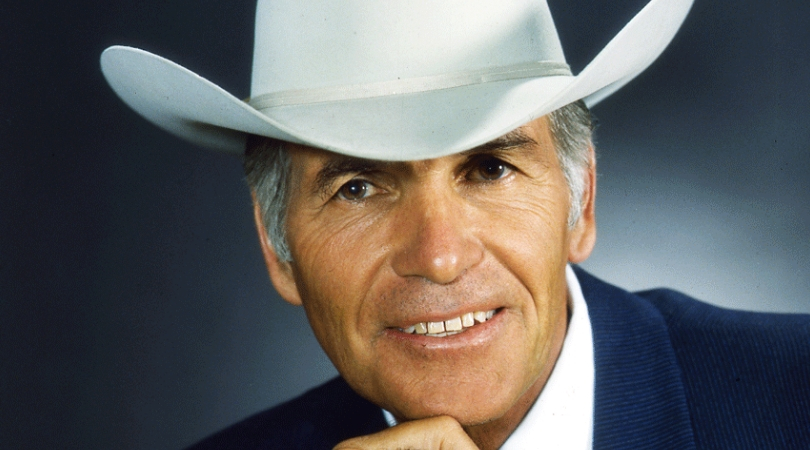 As we all know, Marlboro started off as a women’s cigarette company. When they quickly made the switch to target towards men, they really went for it, rebranding it with the “Marlboro Man.” The original Marlboro Man was none other than Robert Norris.

Norris gave the Marlboro Man that well-known rugged image, playing the role of a “cowboy” for the brand. He wasn’t really acting, though. What you saw, was pretty much him. Norris was a Chicago-born, real-life rancher, the most ideal rugged man for the company.

Born in 1929, Norris loved two things dearly: his wife, Jan, and ranching. He started in the horse and cattle business in 1950. He bought a 200,000-acre ranch in Colorado Springs, Colorado, which became known as the “T-Cross Ranch.” It was also slated to be the locale of Marlboro cigarettes intended to film its first commercial where many ?good looking, square-jaw models? (according to Norris son, Bobby Norris) came to audition for the part. But Norris was the perfect fit, at home on his ranch and authentically/aesthetically “looking the part.”

Norris appeared as the Marlboro Man for over fourteen years until it started to affect his family. Norris’ son, Bob recalls, “He always told us, kids, ?I don?t ever want to see you smoking,? so one of us finally asked, ?If you don?t want us smoking, why are you doing cigarette commercials?” This interaction made him quit the role. He felt he was setting a bad example for his kids.

Robert Norris, a rancher known for his role as an original "Marlboro Man," though he never smoked himself, died last Sunday. He was 90. https://t.co/9ZJRWj6F3r

So, he made a call that day to Phillip Morris letting it be known that he could no longer be the Marlboro Man. Norris himself never smoked. According to J.D. Wing, the current head of Robert Norris’ Tee Cross ranch horse program, he hated cigarettes. Especially after having to light one up every time the director yelled “action!”

The rancher died on November 3rd of this year. Norris, aged 90, was in the care of Pikes Peak Hospice in Colorado Springs.  He is survived by his children and grandchildren. The Marlboro man has many accolades to his name. He was on the board of trustees for the National Cowboy & Western Heritage Museum, also known as the “Cowboy Hall of Fame.” According to his friend Wing,  Norris was a no only a great man, but a great cowboy. He was always trying “to help the next guy coming up.” For a man as genuine as he seemed, these statements would make him proud.