Paula Patton and Robin Thicke have been in the midst of an ugly custody battle, and things don’t seem to be getting any better. A scheduled hand-off of their son Julian on Thursday became such an issue that police needed to get involved.

RELATED: Things are looking up for Robin Thicke in the ongoing custody battle with his ex-wife Paula Patton

Thicke, 39, arrived to pick up his 6-year-old son from Patton at a park in Malibu, California.

“There is no question that Robin was in violation of both the restraining order and the monitor’s visitation protocol, which were communicated to Robin directly,” a source close to the situation told PEOPLE.

Eventually, the police were called, and Patton left with the child. However, a source close to Thicke insists that he did nothing wrong and that Patton, 41, had actually shown up an hour late.

“He was not in violation of the restraining order,” the Thicke source said. “Robin never left his designated spot while waiting for Julian. He’s followed the same protocol they follow every single week, and that time and location and protocol was agreed to by both parties.”

In fact, the restraining order Patton was granted against Thicke states that he cannot come within 100 yards of Patton, Julian and Patton’s mother — except for during supervised visitations, which occur three times per week. Thursday would have been Thicke’s only visitation day this week, as he has tour dates scheduled for this weekend.

It’s unclear what police determined when they arrived at the scene, as the Thicke source indicated that Patton had left with Julian by the time they arrived, after her housekeeper called the authorities. The deputy allegedly mentioned a possible accident involving Patton’s car, but a source close to Patton denied that report.

RELATED: Robin Thicke’s latest actions reportedly added fuel to the fire after he lost custody of his son to Paula Patton 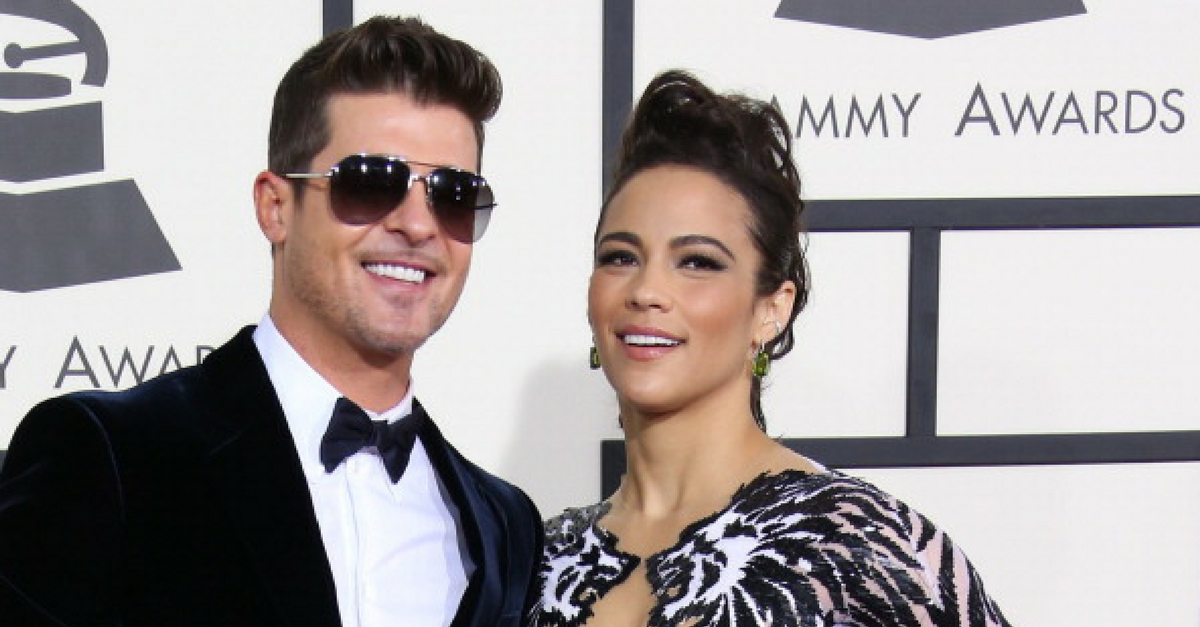