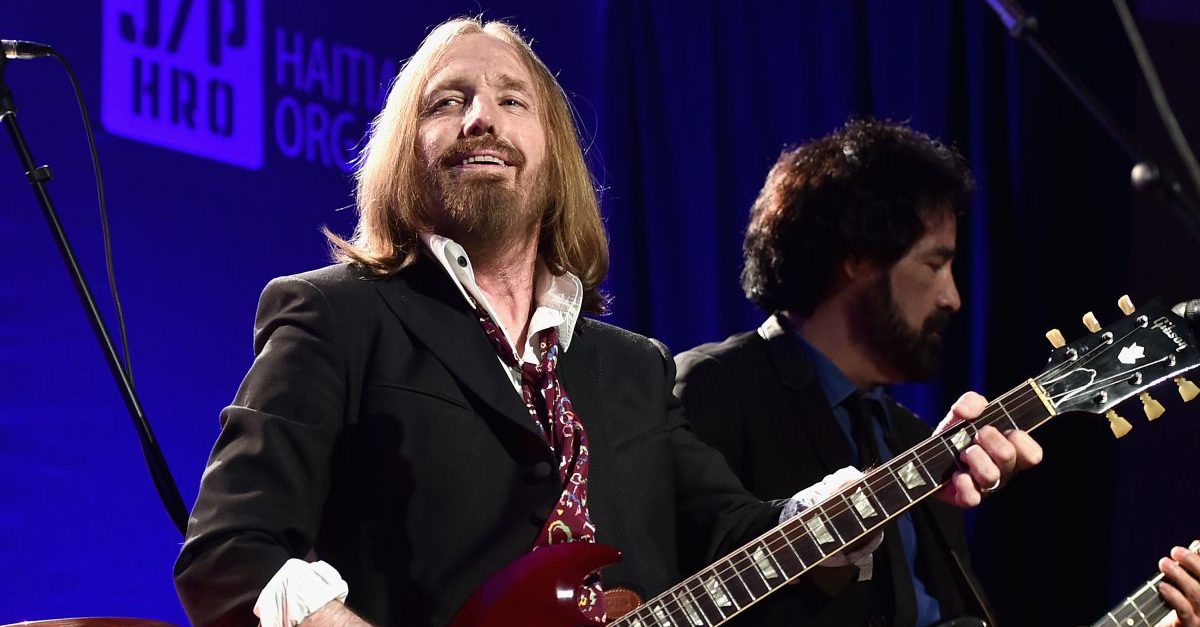 Fellow musicians took to social media in the hours following the news of Tom Petty’s death to share tributes to the late singer.

Petty passed away in the early hours of Oct. 3 at the age of 66 after he suffered cardiac arrest at his home in Malibu, California, spokeswoman Carla Sacks said.

The news of his passing led his famous fans including Paul McCartney, Coldplay and Mick Jagger to pour their hearts out on Twitter.

RELATED: This duet with Tom Petty and Bob Dylan is so much sadder today

I loved Tom Petty and I covered his songs because I wanted know what it felt like to fly.
“you belong somewhere you feel free.”
💔

Always felt good to know Tom Petty was out there in the world making up beautiful words and music. Sad today but grateful forever. #rip

tom petty changed my life. there is a reference to him in everything i've ever written. i love his work and life.

Another great man gone too soon. #TomPetty you were an exceptional talent. Your legacy lives on. pic.twitter.com/GsmySCTNfU

My first CD was 'Full Moon Fever'… my first live performances were strumming a tennis racket while singing along. Tom Petty forever.

Following the minute of silence, Peter Buck joined the band for this wonderful rendition of Freefalling by Tom Petty.
R42 pic.twitter.com/KzRMHYGKwS

Tom Petty's music and songs are timeless. He was a wonderful writer, musician and singer. Irreplaceable and unique. #RIPTomPetty pic.twitter.com/SuIvDPOtIb

SAD SAD. day. I just heard Tom passed.
One of the great ones.
Thank you for all the great music T- Rest in peace.

So sad about Tom Petty, he made some great music. Thoughts are with his family.

I'm crushed…
Praying for all those affected by Vegas last night.
And now the loss of one of my great influences Tom Petty today.
-JBJ pic.twitter.com/inkGqbMvD1

So sad to hear of the passing of Tom Petty. Such an incredible, inspiring artist. I'll treasure fond memories of our time spent together this past summer ❤ pic.twitter.com/HvSgARxzm3

Down here on E Street, we’re devastated and heartbroken over the death of Tom Petty. Our hearts go out to his family and bandmates.