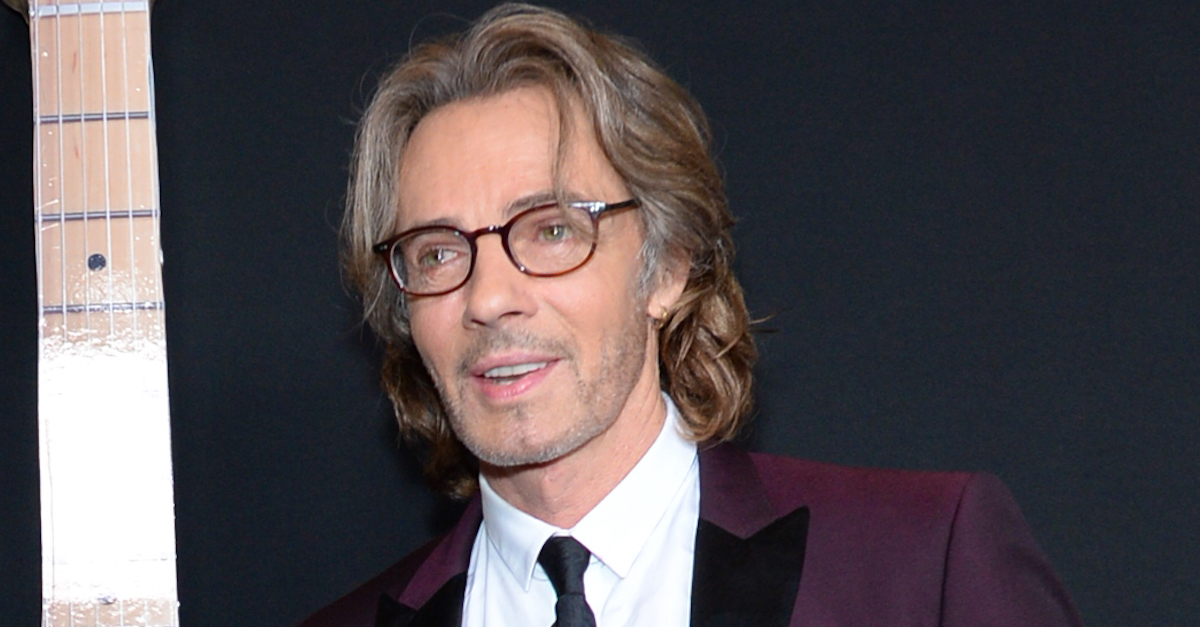 Musician Rick Springfield revealed that he nearly took his own life last year.

RELATED: A fan shares a story of Robin Williams comforting her after her husband?s suicide

Springfield had appeared on the program to promote his forthcoming album, “The Snake King.” One of the songs — “Suicide Manifesto” — reportedly details his struggle.

“‘Suicide Manifesto’ is stuff I think about. I?ve been close to it,” he said.

?When Robin Williams and Chester [Bennington and Chris Cornell] and those guys [took their lives] ? I didn?t go, ?Oh that?s terrible.? I went, ?I get it.? I get being that lost and dark.?

The late actor and comedian Robin Williams, 63, committed suicide on Aug. 11, 2014, while Soundgarden’s Chris Cornell was found dead in a hotel room in May 2017. His death was ruled a suicide. Bennington, Linkin Park’s front man, performed at Cornell’s funeral just months prior to committing suicide by hanging himself in July 2017.

“You?re in so much pain that you just want it to end,” Springfield added. “I have been there, and I know what it?s like, and I understand. It?s just part of your makeup.?

Springfield first addressed his emotional struggles in his autobiography “Late, Late at Night,” revealing that at age 17, he attempted to hang himself; but luckily, the noose he constructed snapped.

RELATED: Chester Bennington is all smiles in a heartbreaking family photo taken before his death

?When I had kids I said, ?Okay that takes suicide off the table, that?s not an option anymore, I don?t care how bad I feel.? But now my kids are grown. It?s really weird ? it would devastate them,? he said. ?I don?t know how I could ever come to terms with that. But it rides on my shoulder every day.?

In addition to the love for his family, the rocker credits meditation along with doctor prescribed medications for helping him maintain his wellness. Being honest about his emotional state is another factor he believes has helped him.

He added, ?I?m at the point now in my life where I want to do what?s truthful.?