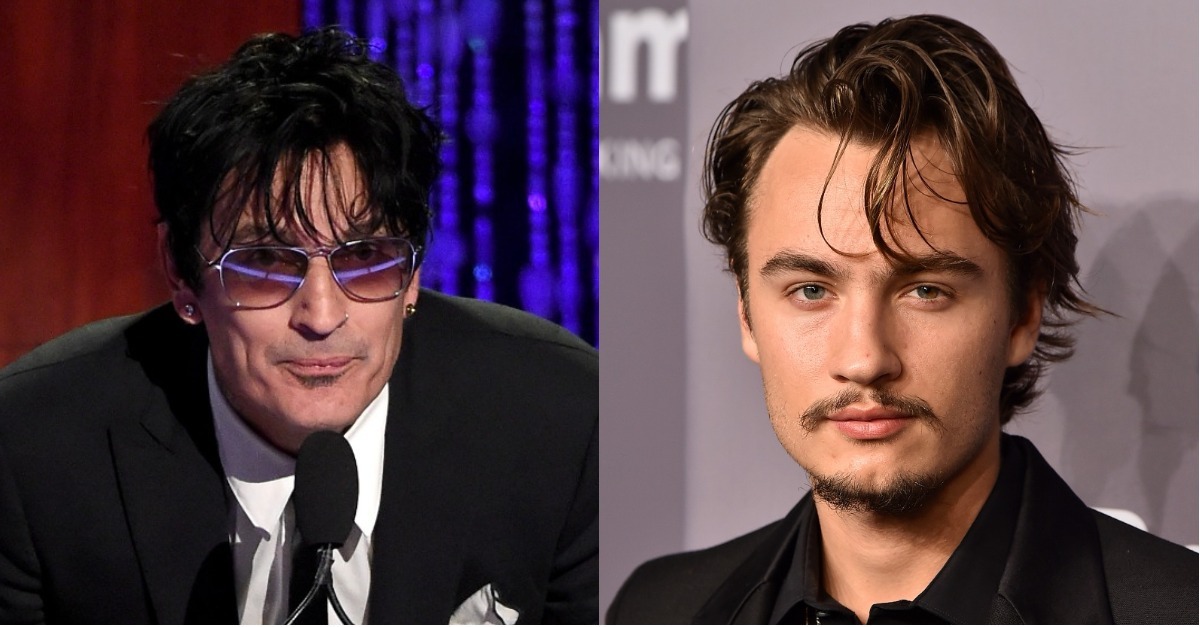 Tommy Lee was left bloody after being involved in a fight with his 21-year-old son Brandon Lee, reports TMZ.

According to the gossip blog, authorities were called to the Mötley Crüe drummer’s home around 10:45 p.m. Monday night after receiving a call that someone had been injured at the 55-year-old’s Calabasas, California, home. Lee was taken to the hospital and checked for injuries, and according to him, Brandon — one of two sons he shares with ex-wife Pamela Anderson — was responsible for the bloody lip he shared in a since-deleted Instagram photo.

RELATED: It sure is cold outside, but Pam Anderson turned up the heat to ring in the new year

“My heart is broken,” he wrote in the caption. “You can give your kids everything they could ever want in their entire lives and they can still turn against you. Good job Brandon! Great son! 🤙🏻 @brandonthomaslee.”

A source apparently told TMZ that Brandon was acting in self-defense against his father, who was reportedly drunk at the time, but after news broke of the incident, Lee took to Twitter to slam those reports.

“Hey @TMZ maybe get your facts straight before you go reporting bulls**t,” the rocker tweeted Tuesday. “My fiancé and I were in bed when my son busted into the room and assaulted me. I asked him to leave the house and he knocked me unconscious. He ran away from the police. THAT’S the truth.”

According to The Blast, Lee allegedly informed investigators that he was worried for his own safety because his son had access to firearms. Lee’s son is reportedly under investigation for battery.

RELATED: 55-year-old rocker Tommy Lee and his much younger girlfriend are taking their relationship to the next level

Judging from this incident, it seems the relationship between Brandon and his famous father has severely deteriorated since the pair rang in his 21st birthday together in a trip to Las Vegas just eight months ago.

“We make it through the Weekend,” Brandon captioned a photo of the pair perched outside a private jet. “Great way to wrap up my Bday.”