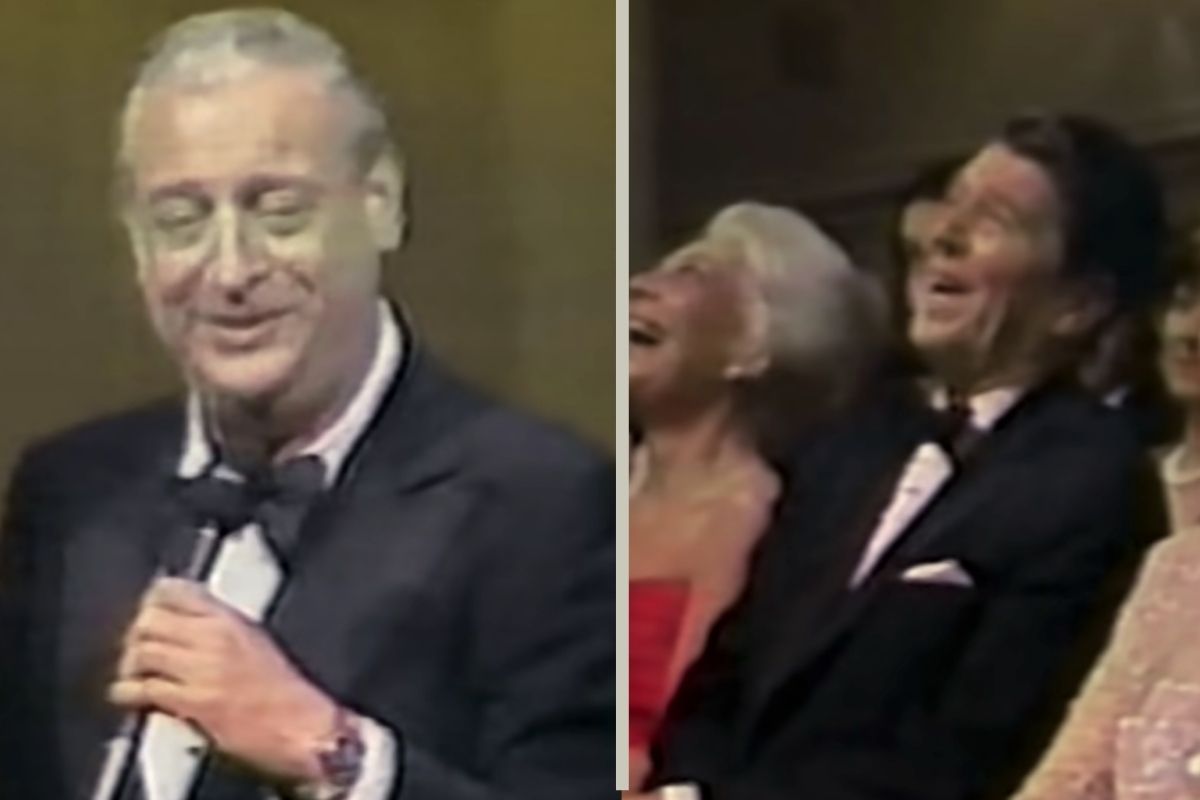 Contrary to his iconic tagline, Rodney Dangerfield did indeed get respect — from fans, from comics, and even presidents. Recently, an old video clip surfaced of the comedian performing standup in front of President Ronald Reagan. It’s from all the way back in 1981 when NBC aired a special called “The Stars Salute the President,” to honor President Reagan. Reagan and his family left the White House to attend.

The video shows Dangerfield rattling off one-liners and Reagan laughing up a storm. “Now I’ll tell you I’m alright now, but last week I was in rough shape,” Dangerfield quips. “Last week my wife signed me up for a bridge club, I jump off next Tuesday.” “My dog found out we look alike, he killed himself,” he said to audience laughter. “I was an ugly kid too, I worked in a pet store, people kept asking how big I get.”

But behind Dangerfields quips, there is a trace of sadness. In the same show, the comedian talks about a “heaviness”. It’s always on top of me, this heaviness. It’s always there since I’m a kid. Other people wake up in the morning, ‘A new day! Ah, up and at ’em!’ I wake up, the heaviness is waiting for me nicely. Sometimes I even talk to it. I say [adopts cheerful voice] ‘Hi, heaviness!’ and the heaviness looks back at me, [in an ominous growl] ‘Today you’re gonna get it good. You’ll be drinking early today.”

The comedian suffered from severe depression, which he discusses in detail in his memoir, “It’s Not Easy Bein’ Me: A Lifetime of No Respect but Plenty of Sex and Drugs.” His unhappiness was the inspiration behind his famous catchphrase — “I don’t get no respect” — and it kept audiences laughing until his death in 2004 at age 82.

“It’s Not Easy Bein’ Me: A Lifetime of No Respect but Plenty of Sex and Drugs.”