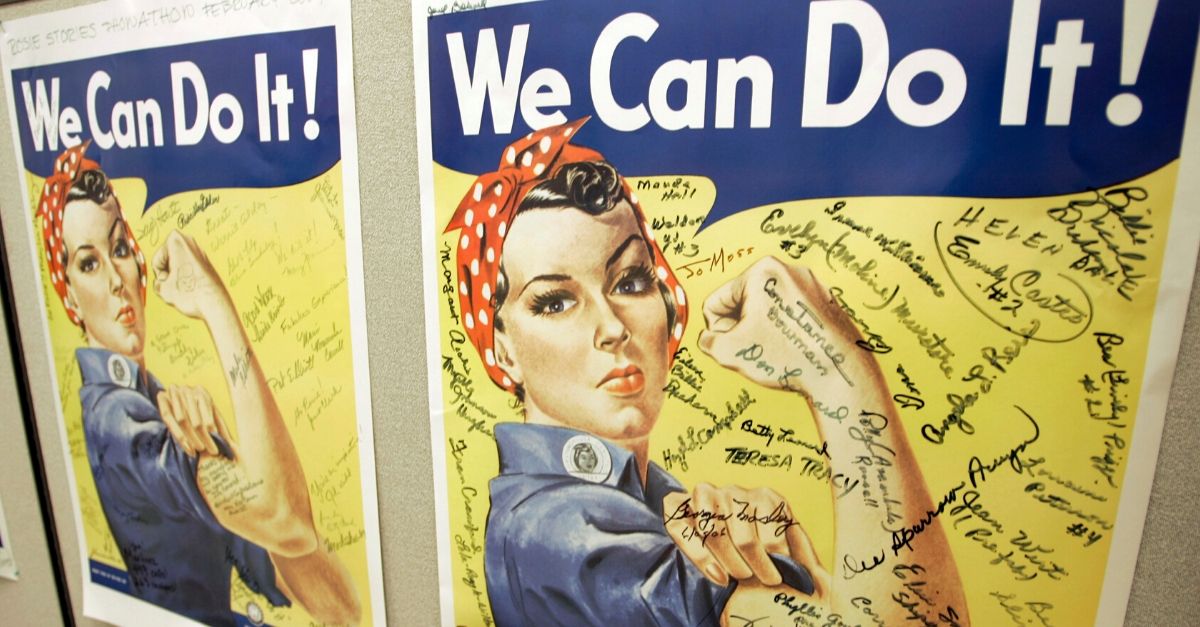 Over the last seventy years, the image of Rosie the Riveter has been viewed as a beacon of women’s empowerment. The “We Can Do it Poster” has been printed in history books and recreated for women’s marches and around the world. It marked a cultural turning point in the United States that is to be greatly celebrated!

It’s a little known fact that Rosie the Riveter was based on a real woman. Her name was Rosalind P. Walter. During World War II, she helped the war at home by joining the workforce while the men were away. She did her part to ensure the country ran the way it should in their absence. She encouraged many other women to do the same.

The lady known as Rosalind P. Walter was born in New York to a pharmaceutical executive and a literature professor as Rosalind Palmer. She attended school in Connecticut at Ethel Walker School, a college preparatory school for the upper class. After school, however, she joined the workforce. At the time, some five million American women were joining to balance the wartime labor gap. Rosalind was hired for the night shift and was part of the assembly line for fighter planes. Her job, In particular, was to put rivets on Corsair fighter planes.

Her story caught the attention of a newspaper column writer; an educated, wealthy young woman working on the frontlines in the factories was surely news. After seeing the article, songwriter Redd Evans and Joh Jacob Loeb wrote a song about her, called “Rosie the Riveter”. The Four Vagabonds made the songs popular, Kay Kyser sings:

“While other girls attend their fav’rite
cocktail bar
Sipping Martinis, munching caviar
There’s a girl who’s really putting
them to shame
Rosie is her name

All the day long whether rain or shine
She’s a part of the assembly line
She’s making history,
working for victory
Rosie the Riveter
Keeps a sharp lookout for sabotage
Sitting up there on the fuselage
That little frail can do more than a
male will do
Rosie the Riveter”

The popularized Rosie the Riveter poster was actually created in 1943. Created to help boost morale at the Westinghouse Electric company featured a fierce-looking lady with a red and white polka dot bandana, and blue working top with rolled-up sleeves showing that she’s hard-working and focused. Rosie the Riveter had become a character of its own, encouraging women around the united states.

After the war, Rosalind Palmer took up work as a nurse aid air New York City Bellevue Hospital. She married twice, once to Henry S. Thompson, a Naval reserve Lieutenant and had one son. Her second marriage was to Henry Glendon Walter Jr., chairman of International Flavors and Fragrances, a company providing artificial scents for commercial products. Rosalind P. Walter spent her later years as a prominent philanthropist. She gave to public education, the American Museum of Natural History, and New York’s WNET station. Alone she helped fund almost 70 shows from the network.

Watch: Before America Got Uncle Sam, It Had Brother Jonathan