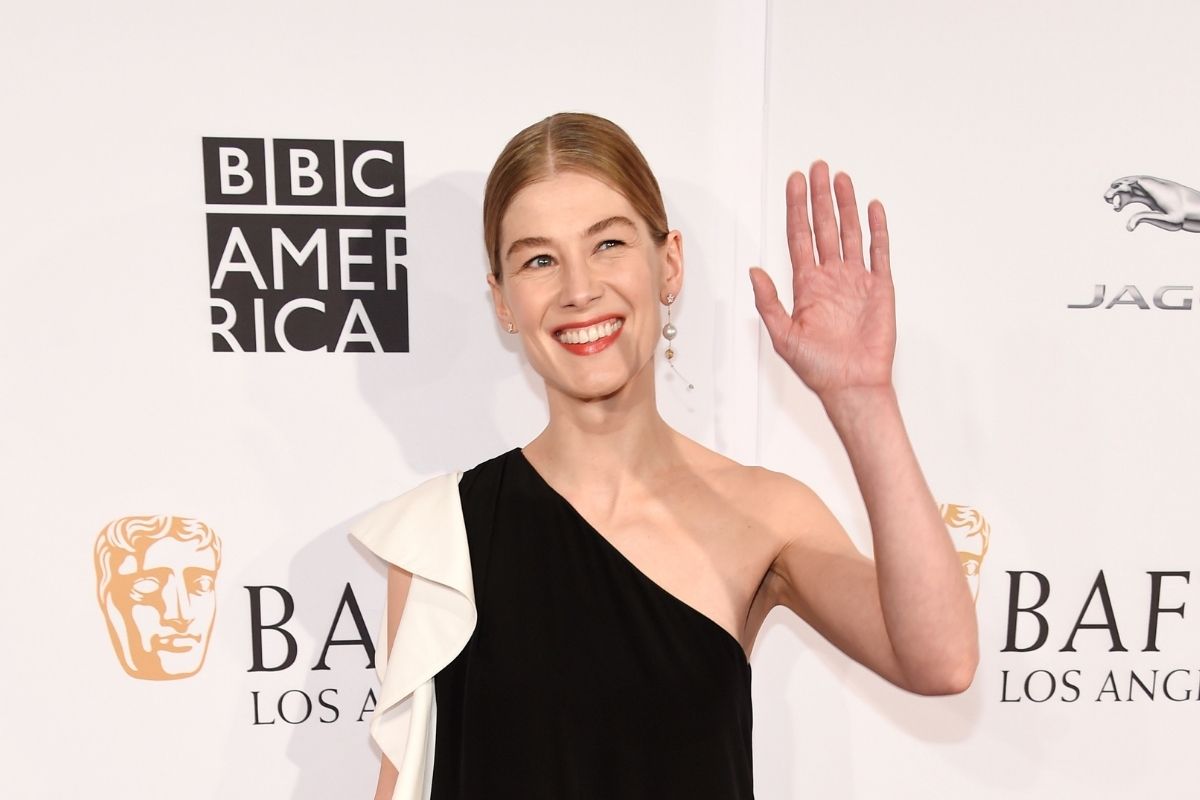 Between her memorable turn as the deceitful, scheming Amy Dunne in 2014?s Gone Girl and her recent award-winning turn as evil conservator Marla Grayson who runs scams on her vulnerable elderly clients by becoming their legal guardian in the J Blakeson Netflix movie I Care A Lot, British actress Rosamund Pike could have a reputation as a real piece of work.

However, not only is Pike?s career much more diverse than the icy antiheroine roles that made her famous, she is not afraid to get a little weird, recently whimsically admitting that she buries her awards in her garden.

Rosamund Pike was born on January 27, 1979, in London, England to a classical violinist and an opera singer. She got her first acting agent as a teenager while acting in a production of Romeo and Juliet, per the IMDB. After graduating from Wadham College in Oxford, she appeared in several British television shows and miniseries before making her Hollywood debut as Bond girl Miranda Frost in the 2002 James Bond movie Die Another Day. This led to roles as Elizabeth Malet in The Libertine (for which she won a British Independent Film Award) and Jane Bennet in Pride and Prejudice as well as parts in the Oscar-nominated An Education alongside Carey Mulligan and roles in smaller movies like Barney?s Version with Paul Giamatti and Made in Dagenham with Sally Hawkins. She sort of returned to her James Bond roots in the Bond spoof Johnny English Reborn and returned to blockbusters in 2012 when she starred with Tom Cruise in Jack Reacher and Simon Pegg in his science-fiction comedy The World’s End.

Her breakthrough role as Amy Dunne in David Fincher’s Gone Girl led to her first Best Actress Academy Award, BAFTA, and Golden Globe Awards nominations. She didn?t win any of them, but she won a slew of other Best Actress awards for the role, including a Saturn Award, an Empire Award, and a Gold Derby Award.

“The Most Disturbing Female Villain”

She went on to play Ruth Williams Khama opposite David Oyelowo’s Seretse Khama in 2016’s A United Kingdom, a widowed settler in the 2017 Western Hostiles, Erica Wilcox in the 2019 British crime film The Informer, and scientist Marie Curie in 2019’s Radioactive. More nominations and awards came Pike?s way for her role as war correspondent Marie Colvin in A Private War and she won an Emmy for Outstanding Actress in a Short Form Comedy or Drama Series in 2019 for State of the Union.

I Care A Lot: Another Award For The Garden

In 2021, Rosamund Pike won the Golden Globe for Best Performance by an Actress in a Motion Picture – Musical or Comedy for I Care A Lot, upending predictions that the winner would be Maria Bakalova for her role in Borat Subsequent Movie film. She can add it to the crop she?s got out in her garden. As reported by Indie Wire, during an interview with Ellen DeGeneres, Pike ?confirmed she buries her acting trophies in her home garden because the thought of displaying them inside is too awkward to bear.?

When asked to elaborate, she admitted ?I find it an uneasy thing to display any award in your home. How do people interact with them when they come home? Do they say, ?Oh wow, look, those are your awards!? I think it?s awkward, so I bury them in the garden with a little bit showing up, so you can have an enticing glimpse of a hand, or a globe.?