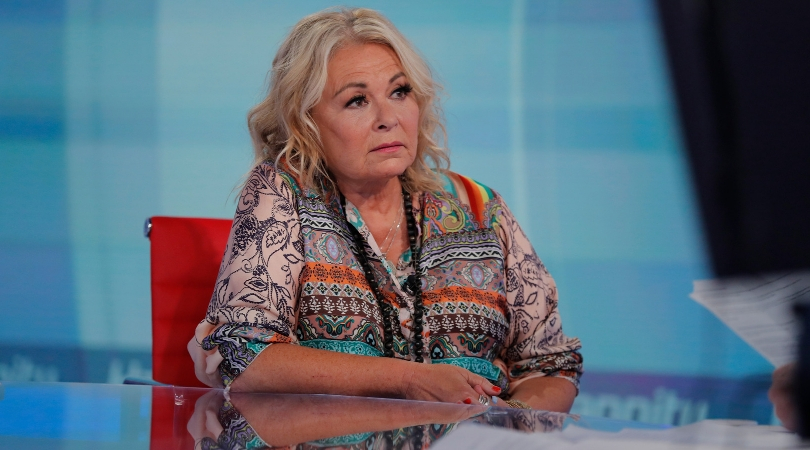 It looks like Roseanne Barr is gaining media attention again after her recent interview left several people shocked. The actress, who made headlines for her racist comments last year, is now criticizing the #MeToo movement, and calling accusers “hoes” for using “white ho privilege”. Barr also insulted Democratic Presidential candidate Kamala Harris by alleging she “slept her way to the bottom.

The comedian sat down with conservative commentator Candace Owens, to participate in an episode of “The Candance Owens Show”. The interview was posted on YouTube where both women discuss race, religion, politics, Hollywood and the #MeToo movement. Barr, being the outspoken woman she is, took several shots at the women who accused Louis C.K of sexual misconduct within his hotel room.

“If you don’t run out the room, and go, ‘Excuse me, you don’t talk to me that way, you don’t do that to me, excuse me,’ and leave, but you stayed around because you’re like, ‘I thought maybe he was gonna give me a writing job,’ well you ain’t nothing but a ho. They’re pretending that they didn’t go to trade sexual favors for money.”

The two also went to discuss Harris, whom Barr called the “Kama Sutra Harris”, referring to the former mayor of San Francisco Willie Brown. Brown had admitted he had a romantic relationship with Harris more than 20 years ago. Both Women’s and Barr compared the feminist movement to white supremacy, also criticizing Dr. Christine Blasey Ford, who testified against Supreme Court Judge Brett Kavanaugh, accusing him of Sexual Misconduct.

Barr’s excuse as to why she called women hoe’s? The 66-year-old explained she has two sons, ages 23 and 40, and she “knows a ho when she sees one” after women come “after her boys” because they know they have money. She stated she had an “eagle eye” for situations such as these.

Honestly, this woman needs to take a long and hard nap. She’s really been pushing a lot of buttons lately. Did she not learn anything from last year? Was insulting Valerie Jarrett and starting a worldwide twitter feud, not enough? This is why you get killed off in TV shows, just stop Barr. You’re trying too hard.