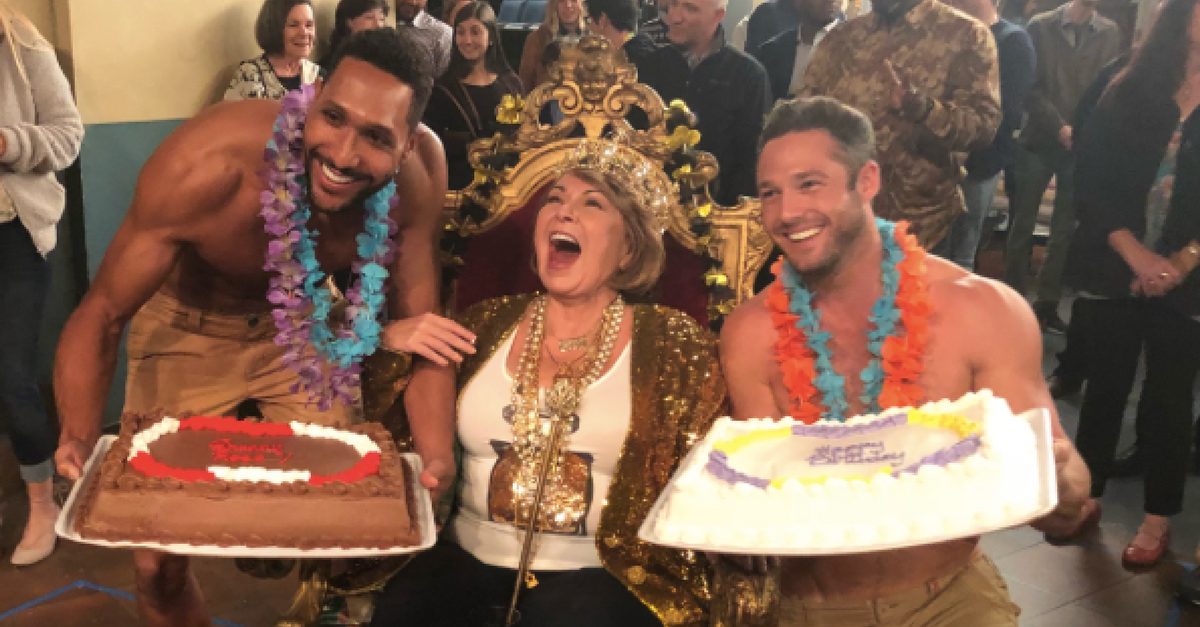 Roseanne Barr’s “Roseanne” family sure knows how to throw one epic birthday celebration!

The cast and crew of the beloved show pulled out all the stops Friday to make sure the show’s star got the birthday party she deserved. As the actress turned 65 years old, her coworkers made sure to have a fun day on set, complete with a throne, a birthday crown and two shirtless hunks carrying birthday cakes.

“All hail the domestic goddess!” the show wrote on Instagram, alongside a photo of Barr taking her rightful seat on the throne.

All hail the domestic goddess! 👑 #HappyBirthdayRoseanne

RELATED: The ?Roseanne? reboot is in full swing! See all of the latest behind-the-scenes pics

The cast and crew also made sure to sing Barr “Happy Birthday” in celebration of the big day, an adorable of which was shared to the show’s Instagram page as well.

somebody special is having a birthday today! (hint: it's Roseanne!) @officialroseannebarr

She also received a special birthday message from all of her TV children:

Fans have been eagerly waiting for the reboot of the beloved show to premiere after it was announced back in May that the show would be returning to televisions across the country. It’s set to premiere sometime next year, and the cast and crew have been hard at work putting together a new season.

RELATED: See the first behind-the-scenes photo from the revival of ?Roseanne?