Rosie took to Instagram to post a photo of her with a man named Donald Trump, who had stopped by to say hello.

The man was not Donald J. Trump, the president-elect of the United States.

“Lunch at cafe luxemborg – sat next to the real DONALD TRUMP – (sweet man / oncologist) – thank u for making me smile ! #focus,” Rosie wrote on Instagram.

RELATED:Donald Trump took a shot at Rosie O’Donnell during a presidential debate, and the reaction was fierce

The man Rosie found herself sitting next to was Donald Trump, a Virginia oncologist who has been profiled in many major media outlets.

“The last year has been in some ways a little different than the previous 25 or 30,” Donald L. Trump told the Washingtonian earlier this year.

“I’m getting a lot more calls about the Donald.”

For many years Rosie has had a public war of words with the president-elect, which has reached a more aggressive state since he was elected to be the 45th President of the United States. 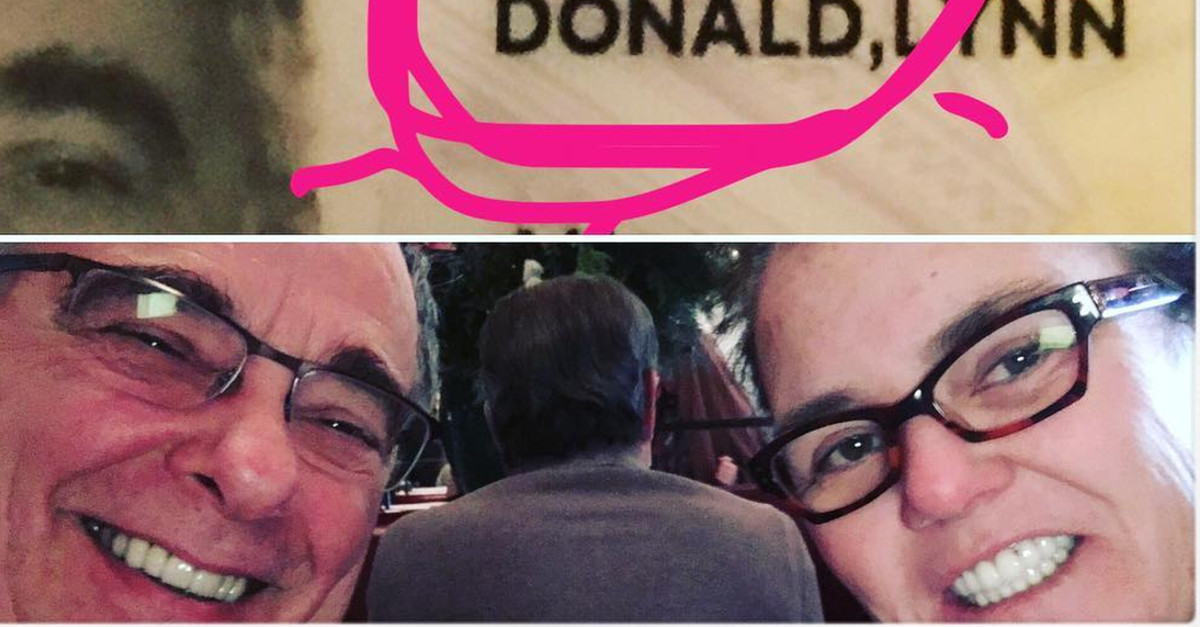