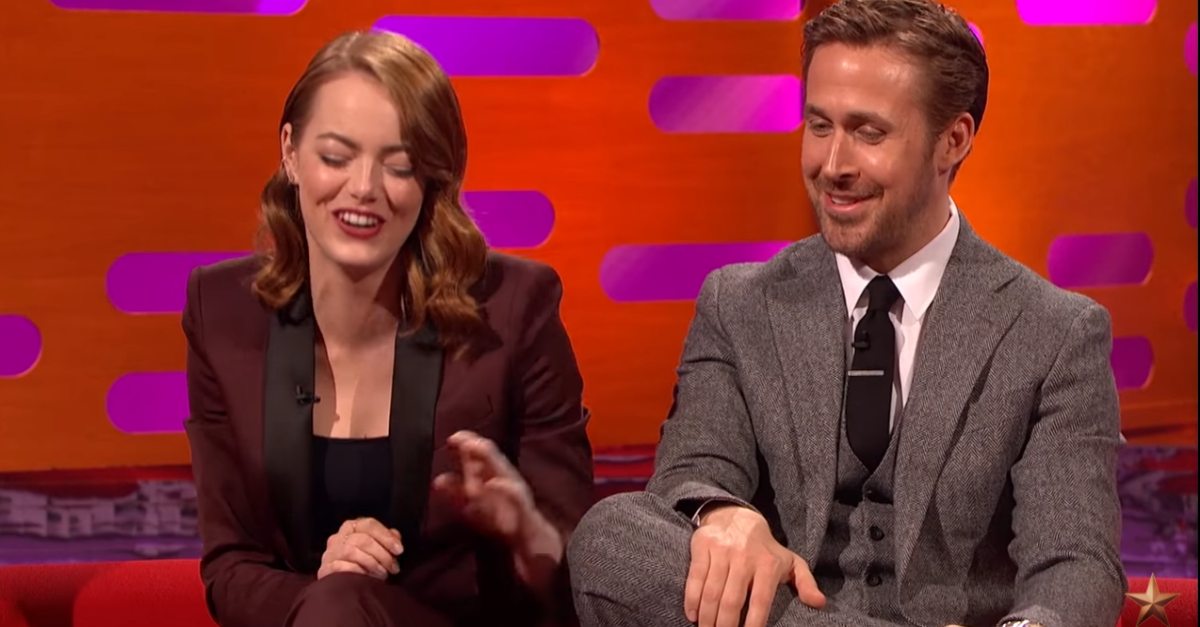 Ryan Gosling and Emma Stone have been in a number of films together and their new film, “La La Land,” is garnering positive reviews from critics. The film centers around an actress (Stone) and a musician (Gosling) trying to make it in Los Angeles.

RELATED: Graham Norton dug up some ridiculous videos of a young Ryan Gosling dancing, and the star went bright red

On “The Graham Norton Show,” the couple talked about their previous dancing role in “Crazy, Stupid Love,” and they admitted that it didn’t exactly go according to plan. It turns out that Stone has something of an internalized fear of heights, and when Gosling lifted her, he described the result as if “a possum was trying to scratch my eyes out.”