Menu
Follow us
Search
Menu
Search
Ryan Reynolds' daughter James, left, steals the microphone as Reynolds poses with his wife, actress Blake Lively, and their youngest daughter during a ceremony to award him a star on the Hollywood Walk of Fame on Thursday, Dec. 15, 2016, in Los Angeles (Photo by Chris Pizzello/Invision/AP)

We’ve been waiting for this moment for so long: Ryan Reynolds, Blake Lively and their two children have finally made their first public appearance as a family.

After doing everything they could to keep their daughters — James and her younger sister, whose name is still unknown — out of the spotlight, the private parents chose a very special moment for their debut: Reynolds’ Hollywood Walk of Fame ceremony Thursday.

RELATED: Ryan Reynolds has some hilarious advice for dads in the birthing room

“I want to thank my wife, Blake, who is sitting right there, who is everything to me. You are the best thing that has ever happened to me,” Reynolds acknowledged his adorable family during his speech. “You make everything better. You make everything in my life better. You’ve given me two of the most incredible children I’ve ever hoped to have.”

Lively tried to get James to stay still during the ceremony and photo-ops that followed, but she was distracted by a nearby microphone, which she eventually got her hands on, getting some laughs from the audience.

The two girls are so cute that presenter Anna Faris even joked, “I might take them home later today.” 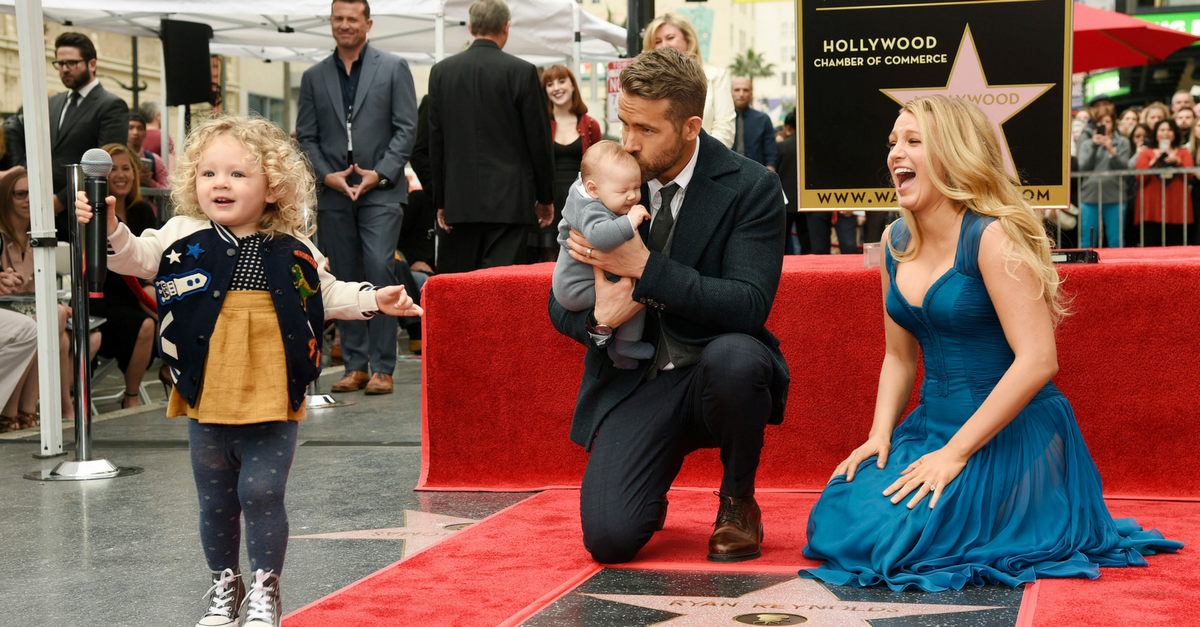