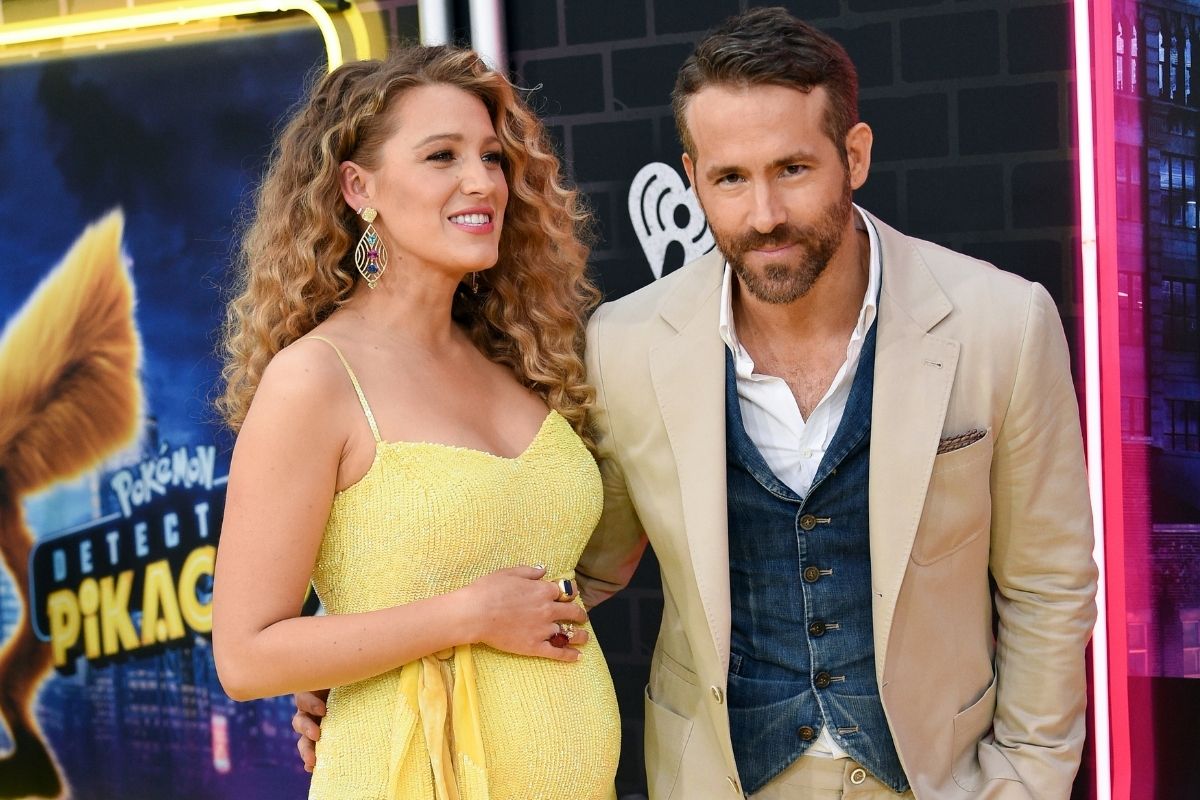 Ryan Reynolds and Blake Lively were superstars long before they got together in 2011. Lively was adored by teenage girls everywhere as Serena Van der Woodson, the gorgeous blonde socialite from CW?s Gossip Girl. Also adored by teenage girls everywhere was Ryan Reynolds, the future Deadpool actor who had starred in romantic comedies like The Proposal and Just Friends. But in the past decade, both actors have branched out to become critically renowned, with their real-life love story becoming the definition of relationship goals to fans everywhere. So how did this famous couple get together and go on to become such a universal and commercial success story?

Ryan Reynold?s wife Blake Lively got her start in acting in Sisterhood of the Traveling Pants as one of the four best friends who magically all fit into the same pair of jeans. With her beachy waves and athletic figure, Lively played soccer star Bridget: one of the film?s breakout roles. A few years later, she was cast as a core lead on Gossip Girl, alongside Leighton Meester, Penn Badgley (whom Lively also dated), Chase Crawford, Ed Westwick, and Taylor Momsen. Aside from kicking off a whole cast of careers, Gossip Girl introduced young audiences around the country to Manhattan?s Upper East Side: a wondrous place full of money, sex, and gossip. And the queen of it all? Blake Lively?s Serena van der Woodson. (Depending on who you ask. Personally, I?m Team Blair.) The show, based on the popular book series by Cecily von Ziegesar, defined the era of YA entertainment as not only salacious but deeply marketable. Gossip Girl aired its final episode in 2012.

Since then, Blake Lively has kept busy. She starred in Ben Affleck?s The Town, Oliver Stone?s Savages, Woody Allen?s Café Society, and alongside Anna Kendrick in the polarizing and goofy neo-noir, A Simple Favor. However, it was a mostly forgotten role in the 2011 take on Green Lantern that changed Blake Lively?s life forever.

A decade ago, Aviation Gin owner & part-time Actor @vancityreynolds gave a tour de-force performance in a movie called 'Buried' (currently on @hulu) where the set designer was really really ahead of his time. pic.twitter.com/SyvIMfycxz

Famous for a snarky attitude that extends beyond his movie characters, Ryan Reynolds is more than just an actor. His cheeky personality, which defined blockbuster films like Deadpool and Deadpool 2, is now championed to promote personal business ventures: Aviation Gin and the low-cost pre-paid phone service, Mint Mobile.

Like his wife Blake Lively, Ryan Reynolds also began his acting career with a teen drama: the Canadian program, Hillside. From there he went on to act in early 2000?s sex comedies, National Lampoon?s Van Wilder and Waiting… In 2009, he starred opposite Sandra Bullock in the box office success, The Proposal. At the time Reynolds was married to a different actress: the beautiful Scarlett Johannsen, who has recently wed Saturday Night Live lead writer and performer, Colin Jost.

Before Scarlett Johansson, the Vancouver native was engaged to fellow Canadian celeb, Alannis Morrissette. Although many fans have forgotten about this early relationship, the iconic singer-songwriter never shies from revealing her heartbreak through music. Morrisette has confirmed that her song ?Torch? was written about the grief she felt over the 2007 split with Reynolds. The detailed lyrics of “Torch” portray a full domestic life between the couple and include painful lines like, “These are not times for the weak of heart / These are the days of raw despondence / And I never dreamed I would have to lay down my torch for you like this.”

While Ryan Reynolds was still married to Scarlett Johannson, he starred as the lead hero in DC Comic?s 2011 film, Green Lantern. Long before Reynolds would redefine the superhero genre through widening audience appeal with the R-rated Deadpool franchise, he was in Green Lantern ? and it was a flop. The movie was panned for notoriously poor CGI and underperformed at the box office. But one good thing did come out of Green Lantern. Ryan Reynolds first met his costar, Blake Lively, who acted alongside Reynolds as the film?s female lead.

However, sparks did not fly on set. Although the two became good friends, Ryan Reynolds was still married to Scarlett Johannsen. And when the couple divorced in 2011, Reynolds and Blake Lively finally went on a date ? with other people. Reynolds shared the funny story with Entertainment Weekly: “We were buddies then. I remember it was funny because, for about a year after Green Lantern had come and gone and all that stuff, we were both single. We went on a double date. She was on a date with another guy and I was on a date with another girl. That was the most awkward date for their respective probably because we were just like fireworks coming across. It was weird at first, but we were buddies for a long time. I think it’s the best way to have a relationship is to start as friends.”

Blake Lively and Ryan Reynolds were married in 2012 at Boone Hall, a plantation in Charleston, South Carolina. Since then, the couple has had three daughters, James, Inez, and Betty. Taylor Swift, a friend of the couple, revealed the third child’s name to the world through her song, ?Betty,? off the new album, Folklore. The lyrics of ?Betty? also refer to James and Inez. And while Reynolds and Lively generally protect the privacy of their young daughters, the couple is famously forthcoming on social media.

Blake Lively and her husband Ryan Reynolds? candid social media presence certainly elevates their playful brand. The two are famous for trolling one another online through light jokes and lowkey adverts. As a rather… unconventional presidential election PSA, Blake Lively shared a photo of herself and her Canadian-born husband posed with their ballots. Lively wrote: “It was Ryan?s first time. He was understandably scared. It all happened so fast. Like, REALLY fast. He wept. I pretended to weep. Then he called all his friend,” she captioned the photo with the hashtag #voteearly.

Then on Ryan Reynolds? 44th birthday on October 24, Lively shared this sarcastic caption on Instagram: “1) Who is the lost soul that selects birthday PIE. 2) What ANIMAL eats their cake (pie) without first blowing out the candles. @vancityreynolds that?s who. Happy Birthday. I honestly can?t believe we?re still married.” (Personally, we stan birthday pie. Always.) In a similar spirit, Ryan Reynold?s shared this long collection of unflattering pics on Blake Lively’s birthday in 2019. Although, the Instagram roast mostly just proved that it’s impossible to catch Lively at a bad angle. These photos are STILL cute. And this hilarious red carpet crop for Blake Lively?s birthday post in 2017. (Don’t worry. Lively got her revenge.)

The quips continue on Twitter as well. Sounding like his Deadpool character, Ryan Reynolds loves reacting to Lively-related news with fake tones of outrage. Of the teaser trailer to A Simple Favor in 2018, he wrote, ?You can tell me. We?re married. You once drove me to the hospital when you were giving birth. So… what the f*** happened to Emily?? Fans love to see the teasing on social media. And as the troll-off continues, the posts somehow don?t get old because the love shared between Blake Lively and Ryan Reynolds is just so pure. It also doesn?t hurt that they?re selling a ton of gin in the process.