“Keeping Up With The Kardashians” producer Ryan Seacrest tried to pull some strings to get the scoop about Kylie Jenner’s rumored pregnancy on Monday’s broadcast of “Live! with Kelly and Ryan.”

Ahead of the show, Seacrest hit up momager Kris Jenner for details, and as he and his co-host Kelly Ripa walked onstage, the reality TV mom was typing away.

“We were getting bubbles from Kris Jenner as we were walking out on the air,” Seacrest and Ripa told the studio audience.

RELATED: Twitter held nothing back during the premiere episode of “Megyn Kelly TODAY”

Ripa shared that it was her daughter, Lola, who told her about the rumor, and she immediately texted Seacrest, who was attending the iHeartRadio Music Awards, where Jenner was reportedly spotted after the news broke.

As the duo continued to talk about the rumors, Seacrest continued to nervously check his phone, and finally, we had word from Kris herself!

“By the way, so, Kris says Kylie’s not confirming anything. So, that’s the news from the family this morning,” he said.

“So, now we’re sitting here with that hanging over our heads,” Ripa joked.

News of the rumored pregnancy broke on Friday after several news outlets wrote that she is expecting with her boyfriend, Travis Scott.

No one in the family has commented on the rumors at this time. 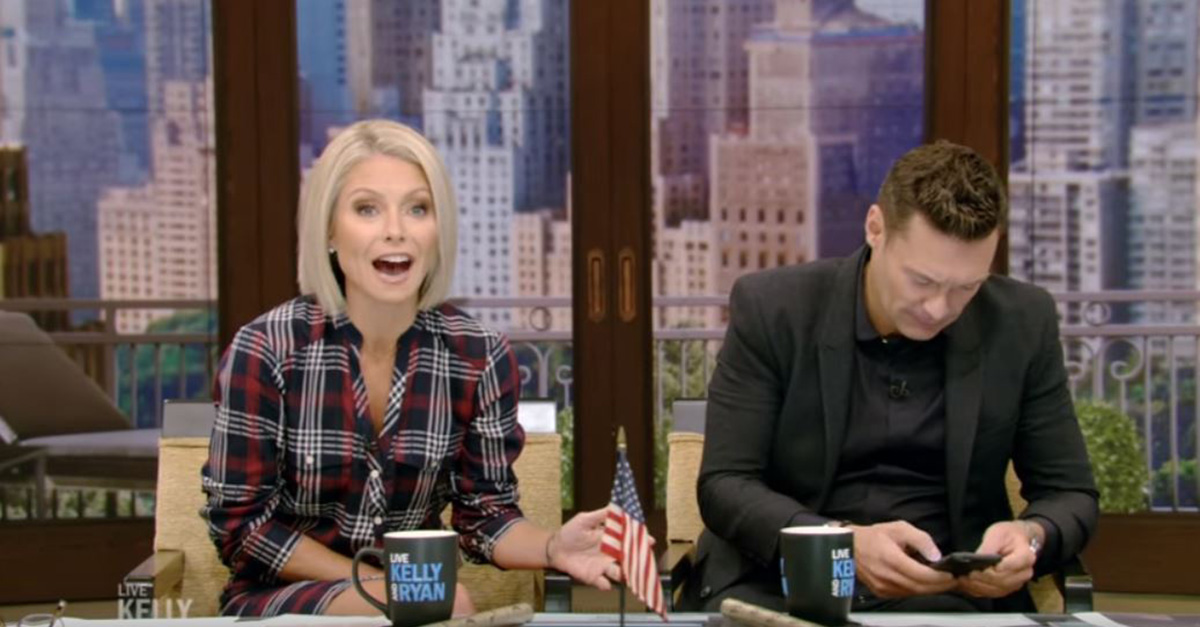