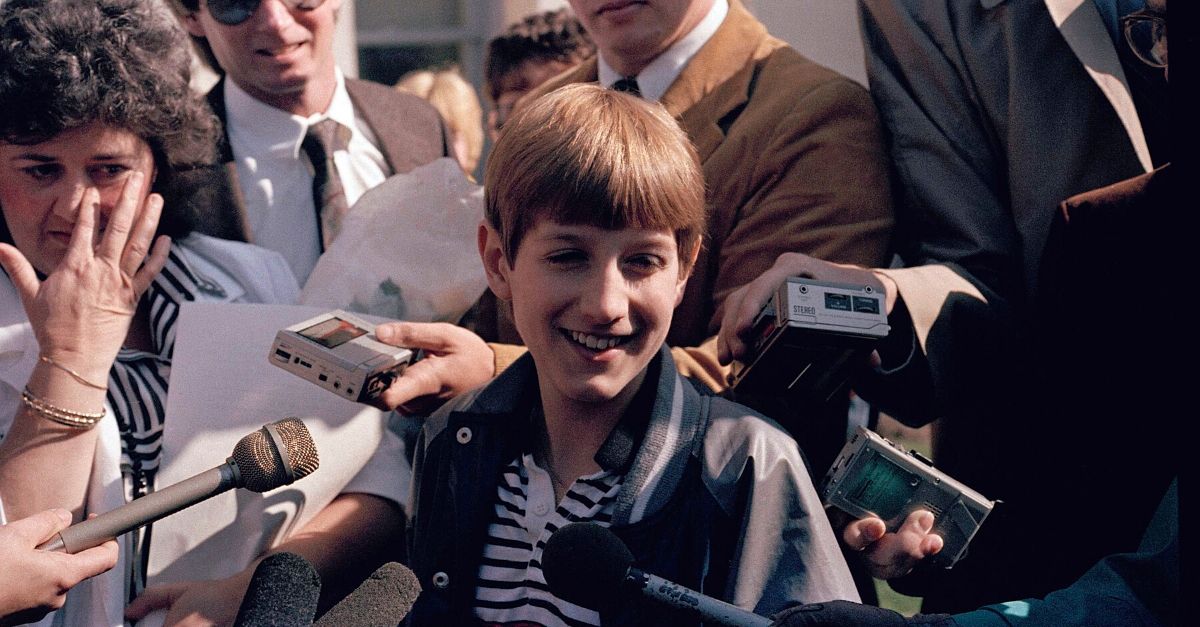 It isn’t uncommon for unprecedented situations to take on a new life and for innocent people to receive the backlash. During the HIV/AIDS outbreak in the ’80s, a young man named Ryan White experienced this but used the scrutiny to change the way the world saw the condition.

In 1984, a 13-years-old boy in Kokomo, Indiana, named Ryan White was diagnosed with AIDS. He was one of the first children to ever be diagnosed.  He was told he would only live for 6 more months. With the stigma of the HIV/AIDS epidemic being that either “homosexuals” or drug dealers contracted the condition, it was confusing as to how a young boy got it. The answer was Factor VIII.

Ryan White was born with Hemophilia A. Heemophelia is a rare disorder that prevents blood clotting due to the body’s lack of “factor 8”. Without this protein agent, when a hemophiliac gets bruised or injured, the bleeding can be fatal. Factor VIII was a treatment that helped medical professionals save lives. The downside of this treatment is was a solution of blood donation from various anonymous people. From one of these donations, Ryan white received blood infected with HIV.

April 8, 1990. Ryan White loses his fight against AIDS at the age of 18. Michael travels immediately to console Ryan's mother Jeanne. Here is the video footage of the sad moment when Jeanne receives Michael. That hug is a million times more accurate describing the real Michael than any of the crap that unfortunately is around today. Rest In Peace both of them now. #michaeljackson #ryanwhite

After learning he was infected with AIDS, White tried to return to school. He was given only 6 months to live and wanted to live the rest of his life the way he always had. His school, however, Western Middle School, made it difficult. With general miseducation, his community was afraid that he would pass HIV to other children through casual contact. Parents pulled their kids out of school to be safe, cashiers were afraid to make a change with his parents, and eventually, the school asked him not to return. Ryan was forced to listen to his classes from home on the telephone.

His family sued the school. After a successful case that brought the eyes of the nation to White’s situation, he was allowed back into his middle school. But, his problems didn’t end there. He’d become an outsider and was bullied with homophobic insults. He and his family experienced general hate and vandalism to their property. It was so bad, that White and his family moved to another city in Indiana. Determined to try again,  he enrolled at Hamilton Heights High School. This new city, Cicero allowed White to start over. He went to school like a normal kid, got a summer job and resumed a normal life.

With all of the eyes on him, White wanted to speak on the importance of AIDS education. Journalists, classmates, and America at large learned about AIDS from  White. Because of his case, the CDC started screening blood products for the HIV antibody to prevent blood transfusions causing infections. Since everyone wanted to hear his story, a television movie was made about his life. It was called, The Ryan White Story and it premiered on TV in 1989. Through his activism, the world got to see him as a person, not as an AIDS victim. He continues to work as an advocate for not only disease education, but lessening the stigma of AIDS. He attended the Academy Award in 1990 and the For Love Of Children AIDS benefit in 1988 and met the likes of Michael Jackson, Elton John, and Charlie Sheen.

Ryan White died from a respiratory infection in 1990. He died a month before his high school graduation. Congress passed the Ryan White Comprehensive AIDS Resources Emergency Act a few months after Ryan’s passing. President H.W. Bush signed a bill, “The Ryan White CARE Act”, which provided community organizations the systems needed to diagnose and treat AIDS on a local level. In addition, The Ryan White HIV/AIDS program led to funding for treatment research.

Ryan White died too young. However, we can be thankful that he was as strong as he was. At a time when so many were living in fear and miseducation, an unassuming young man was exactly what the world needed to open its eyes, learn the truth, and be more kind.