The Best Dressed Celebrities at the 2021 SAG Awards 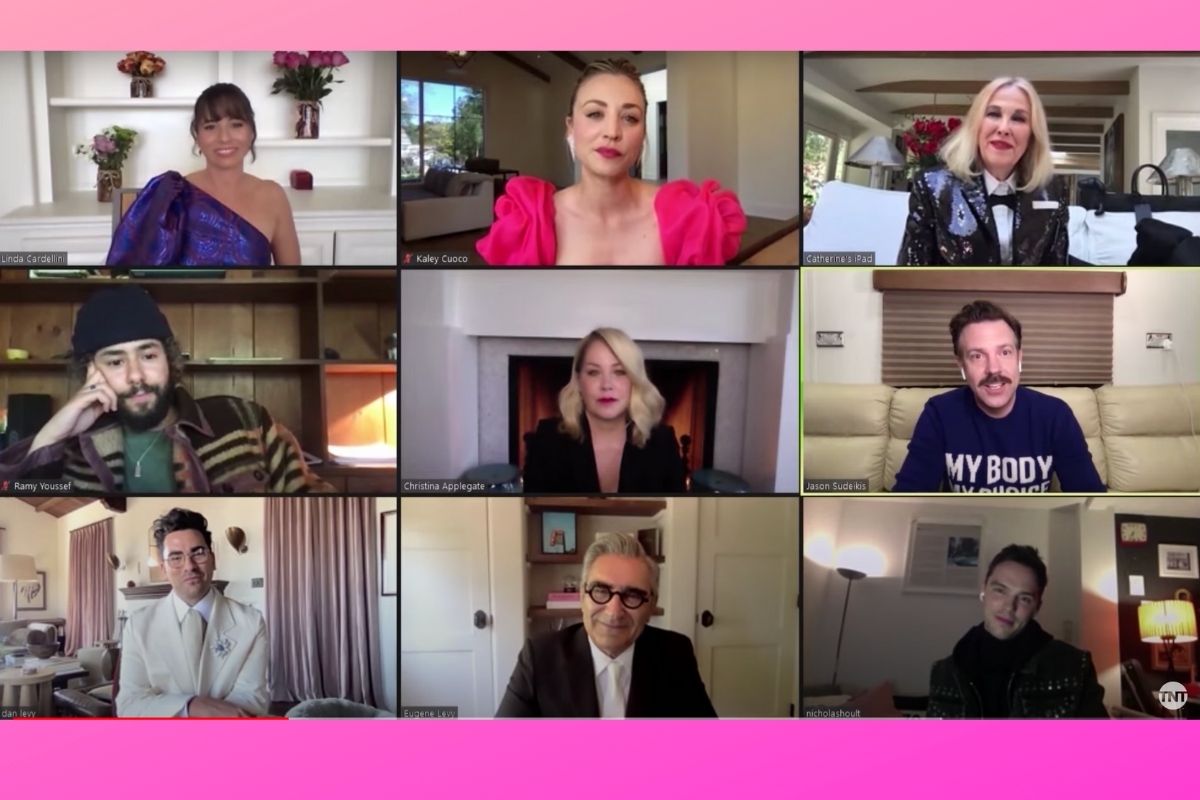 In the socially distant world of 2021, the virtual 2021 SAG Awards were likely not on your radar. But the annual Screen Actors Guild Awards offer a low-key moment for fellow actors, from both TV and cinema, to celebrate the work of their peers. I personally always enjoy the show — any excuse to watch celeb nominees don haute couture. (Last month, the Critics Choice Awards passed by with little fanfare.) But having ditched the red carpet for Zoom-style computer sessions, those stylish pieces get overlooked almost entirely. So let’s take a moment to appreciate the best-dressed stars of this year’s SAG awards on TNT.

The SAG Moments You Missed

Hollywood Style at the SAGs

Best of the Best: Helen Mirren

“In some Asian cultures, the color red symbolizes joy, luck and happiness. In Korean culture it symbolizes creation, passion and power. I’m so proud of my history and heritage.”

Still riding the high of his successful SNL debut, Daniel Kaluuya accepted his SAG Award whie looking positively regal in a Louis Vuitton pajama set. Yes, he wore pajamas. And looked great, truly taking the idea of a (comparably) casual ceremony to the next level.

Fuchsia was the theme of the night. The Flight Attendant star Kaley Cuoco, who lost to Catherine O’Hara of Schitt’s Creek, immortalized her own pink look with this funny post-show post depicting her crawling into bed, gown and all, to binge the Dan Levy fan-favorite comedy.

Zosia Mamet, who also appeared in The Flight Attendant, wore a Miu Miu number which revitalized the little black dress.

This lavender Gucci suit on Jared Leto was delightfully weird — no surprise from Leto.

Presenter Mindy Kaling stunned in this flattering cobalt gown — cape included — photographed here by Chelsea Lauren. And I think that at this point into the pandemic, we can all relate to the caption: “Way too excited to dress up.”

Living for Cynthia Erivo in an #AlexanderMcQueen dress with a gorgeous cutaway neckline and butterfly-draped skirt.
📸 Alexander McQueen #SAGAwards pic.twitter.com/iVNuXJQ6iN

Cynthia Erivo wowed in her ultra-galactic green gown at the Golden Globes. Yesterday night, she toned it down — a bit — with this creamy Alexander McQueen dress featuring a bold bustier.

Carey Mulligan for the #SAGAwards. pic.twitter.com/3s3a0y3p57

This sleek two-tone gown by Prada could not be fully appreciated via the remote SAG Awards format. So enjoy the sweet snapshot here.

In a taffeta ball gown by Zuhair Murad, Lovecraft actress Jurnee Smollett made an imposing impression.

One Night in Miami star Leslie Odom Jr. was channeling the entire spectrum in this unique Berluti suit. Honestly, he looks like a sexy oil spill — and the semi-iridescent black boots were an ultra-cool touch.

Nicole Kidman, who was nominated for The Undoing, shared some glorious backyard photos to highlight this beaded wonder from Giorgio Armani. She always looks beautiful.
​

WATCH: The Best-Dressed of the Golden Globes