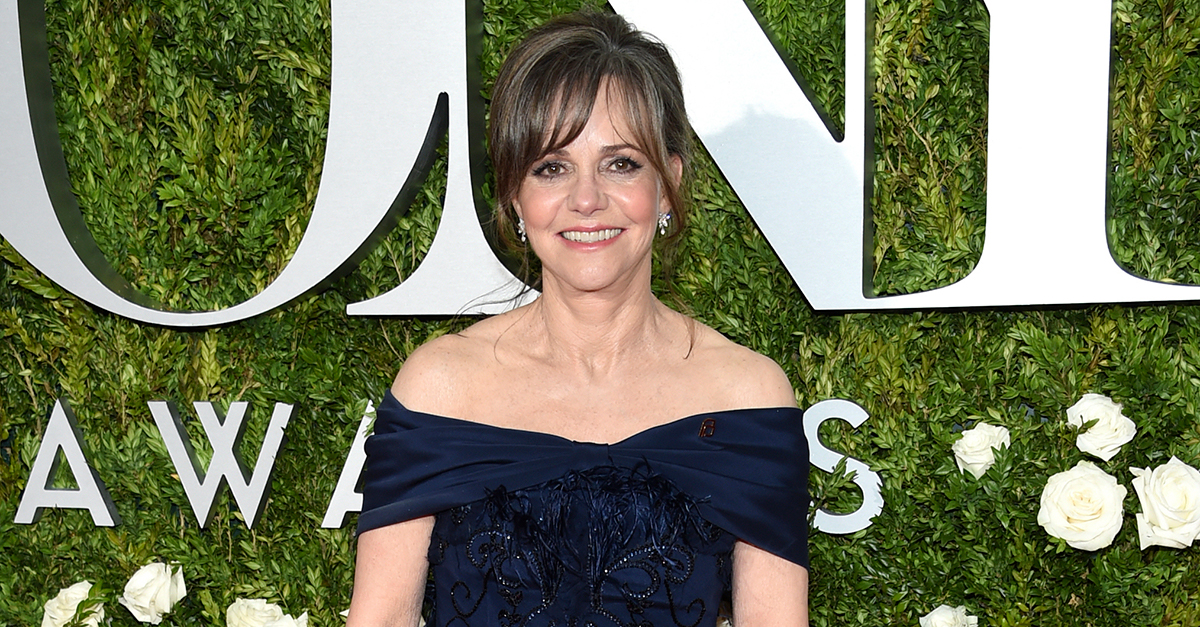 If you’re tired of actors talking about politics, Sally Field doesn’t care, and she has no plans to stop.

Field tweeted a picture of herself pointing to a gold Planned Parenthood pin on her dress at last night’s Tony Awards, where she was nominated for Best Leading Actress for her role in “The Glass Menagerie.”

Field is part of Vital Voices, an organization that partners with emerging women leaders in 144 countries and supports them at an entrepreneurial, political and human rights level. She heard about the organization from former secretary of state Madeleine Albright and Hillary Clinton at a luncheon she attended after returning from the U.N.’s Fourth World Conference on Women in Beijing in 1995.

“The political sphere – this is my real passion because for my children, my grandchildren, I see the whole world in such terrible shape and it hurts me and all of us,” she said in an interview with The Guardian in 2014. “It takes enormous effort and time and passion and heart to participate in such a way that you take ownership of this planet. That you work at it and care for it, that you do what you can to make it healthy.”

Field doesn’t shy away from politics at awards shows. After winning Outstanding Lead Actress in a Drama Series at the 2007 Emmy Awards, Field concluded her speech by saying, “If the mothers ruled the world, there would be no goddamn wars in the first place.”