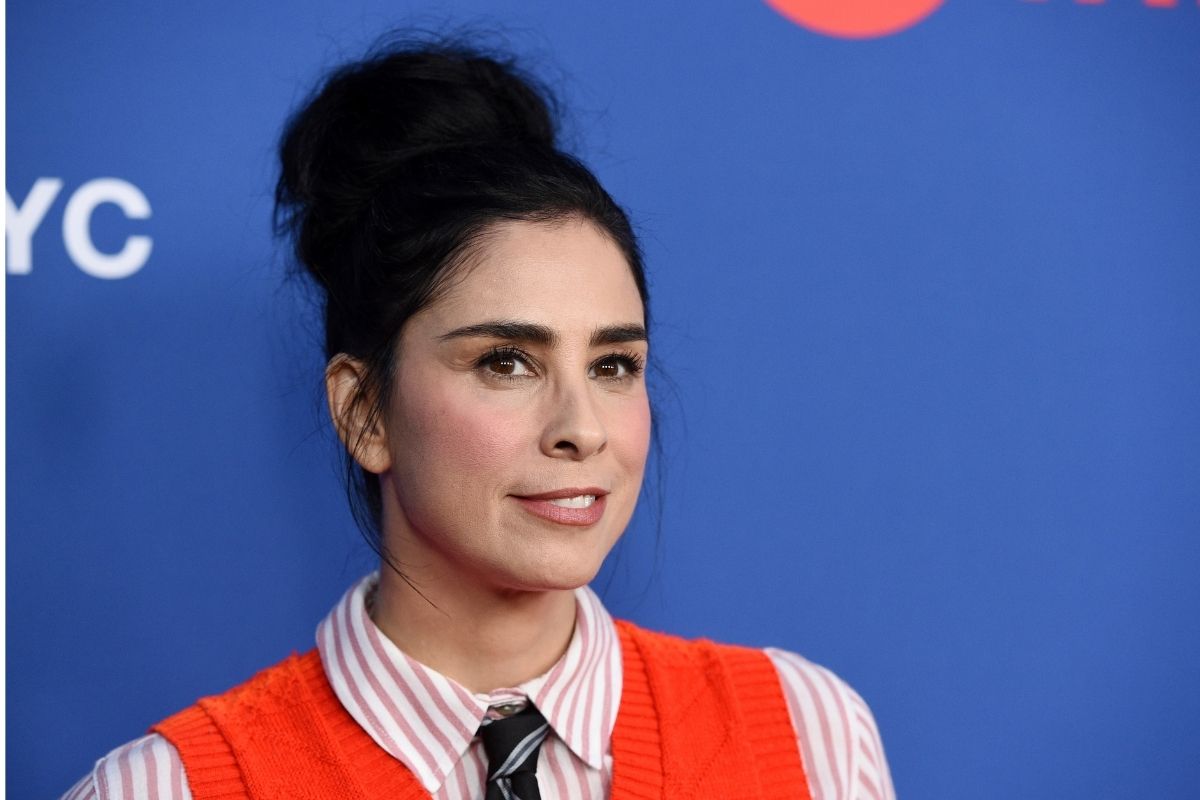 ?God, I?m really gonna do it, you guys. I?m really gonna have no kids.? That’s how Sarah Silverman opened her set on Seth Rogan’s Hilarity for Charity Netflix special. It’s not that Silverman doesn’t like kids or doesn’t respect women who choose to have them. “I love the pride on my friends’ faces when their children make fantastic accomplishments that truly seem like miracles,” the celeb explained. “But I crave a magic of another kind”.

For Silverman, “magic” is seeing the world and living life on her own terms and, of course, capturing audiences with her comedy. After all, it took a lot of time, sweat, failure, and faith in herself for Silverman to get where she is. Read on to learn about her journey to become the female comedy icon she is today.

Sarah Kate Silverman was raised in Manchester, New Hampshire, along with her parents and three older sisters. Following her parents’ divorce, Silverman and her sisters moved to Bedford, New Hampshire. A born entertainer, Silverman grew up performing community theatre and school productions. And as she reveals in her memoir, “The Bedwetter: Stories of Courage, Redemption, and Pee”, Silverman also grew up battling depression and bedwetting problems.

Silverman studied drama at New York University. Within a year, Silverman dropped out of school to focus on standup, at her father’s encouragement. After a few years of passing out flyers for and performing at comedy clubs, Silverman was hired by Saturday Night Live. She only lasted 18 weeks, however before she was fired via fax from SNL without a single one of her sketches being aired. As she explained on Fresh Air, she just wasn’t ready for SNL.

Although a little bruised from the experience, Silverman didn’t give up. She felt more at home as a featured performer on the HBO sketch comedy TV show Mr. Show with Bob and David. She later would make appearances on The Larry Sanders Show, Seinfeld, Fraiser, Monk, Star Trek: Voyager, and Greg the Bunny. She also did voice work for Crank Yankers and other comedy shows.

During this time, the comedian continued to perform standup at clubs, developing her signature friendly narcissistic persona over the years. She became known for delivering lines about race and other sensitive topics in an ironically bland tone. Her feigned insensitivity would sometimes ruffle feathers — once, on Late Night with Conan O?Brien, she used a slur against Chinese people in a joke. Silverman responded to critics that she was making fun of racism, not the race.

From there, Silverman continued to make appearances on shows like Masters of Sex and Bob?s Burgers, while hosting the Hulu talk show I Love You, America. Over the years, Silverman started popping up on the big screen in films like There?s Something About Mary, Heartbreakers, School of Rock, Overnight Delivery, A Million Ways to Die in the West, Take This Waltz, I Smile Back, and Battle of the Sexes.

From 2007 to 2010, Sarah co-wrote and starred in The Sarah Silverman Program. The show aired on Comedy Central and earned her a Primetime Emmy Award nomination for outstanding lead actress in a comedy series.

The show wasn’t without its hiccups, however, in one of the show’s earlier episodes, Silverman’s character don’s blackface to find out whether it would be easier to be Black or Jewish. Silverman regrets the sketch to this day. As she explained on The Bill Simmons Podcast, “There was so much I didn’t know… I knew there was racism, I knew that there was and I wanted to illuminate that in some way in comedy. But I didn’t know that cops were killing black people and unarmed black teenagers on the regular, and that changed me forever.”

Silverman’s most recent movie, “Marry Me“, is set to come out in February 2022.