Following a tense interview with Jane Fonda on “Megyn Kelly Today,” fellow NBC star Savannah Guthrie defended host Kelly, who got shut down by the actress after asking about her plastic surgery.

“I think it’s great,” Guthrie said on Thursday’s “Watch What Happens Live” with Andy Cohen. “I think she’s got the eyes of the world upon her and I think everybody can relate to how nerve-wracking that is. But I think she’s awesome, I think the show looks fantastic. I mean, it looks beautiful. And we’re thrilled to have her. She’s doing a lot — she has a lot of different things she can do and I think she’s awesome.”

RELATED: Jane Fonda pushes back on the “weird thing” Megyn Kelly discussed in that painful interview

“I’ve asked that question too!” Guthrie said. “You know, sometimes you ask questions in an interview and, you know, it doesn’t … live TV, there’s awkward moments all the time. That’s called live TV.”

On Friday, Kelly addressed the criticism she faced during the first week of hew new show, calling the experience both “exciting” and “educational” and saying, “I’ve just been delighted at the media response, which is really — no. The viewer response has been awesome, and I am so grateful to have all of you giving us a chance. So, with much love to all of you, have a great day.”

RELATED: Jane Fonda shut Megyn Kelly down when she dared to ask an unthinkable question 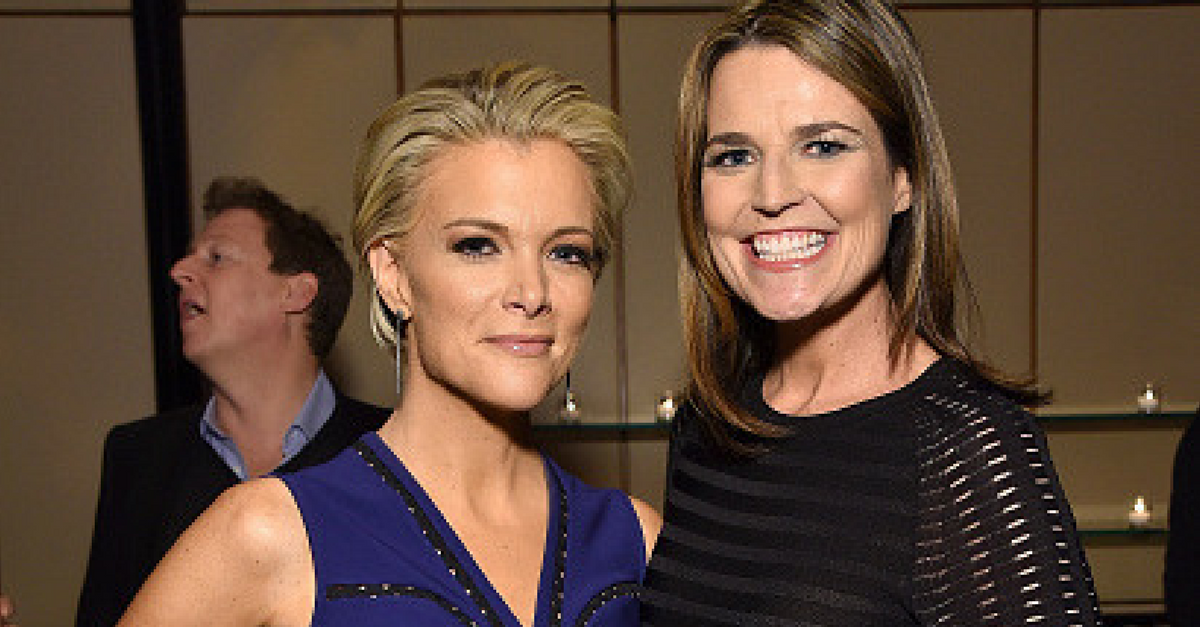