Scott Disick has one heck of a new explanation for his womanizing behavior.

In the newest trailed for season 13 of “Keeping Up with the Kardashians” Scott is seen confronting his questionable behavior. “You’re just, like, a fucking whore,” Kim Kardashian is seen saying in the clip, which then cuts to a different scene of an emotional Scott shouting, “I’m a sex addict.”

In December 2016, sources confirmed to E! News that Scott and Kourtney Kardashian had officially gotten back together again after a rough split in July 2015. The pair were spotted vacationing together in Mexico, sparking rumors that love was in the air for the notorious on again, off again couple. The romantic getaway did not include their three children — Mason, 6, Penelope, 4, and Reign, 23 months — and according to a source, “Scott set it all up and [it] was a way to try and make things work again with Kourtney. He surprised her and whisked her away on this trip.”

RELATED: Things got a little awkward when Kourtney was asked how Kim was doing after being robbed in Paris

It seems that the grand gesture didn’t last long, as the two were once again on the rocks at the beginning of this year. In February Disick was seen hanging out with model J Lynne one day and kissing a mystery blonde in Miami the next. Disick reportedly left a Kardashian family vacation in Costa Rica early because of his antics. Us Weekly reported that he secretly flew a mystery woman to the destination while on a four-day getaway with Kourtney, their kids and the rest of the Kardashian-Jenner clan. When the family discovered that he had brought “someone he barely knows” along, they became upset, sparking an explosive fight.

Perhaps a sex addiction really is the explanation for all of his bad behavior, but it remains to be seen if the Kardashian clan buys into his reasoning. 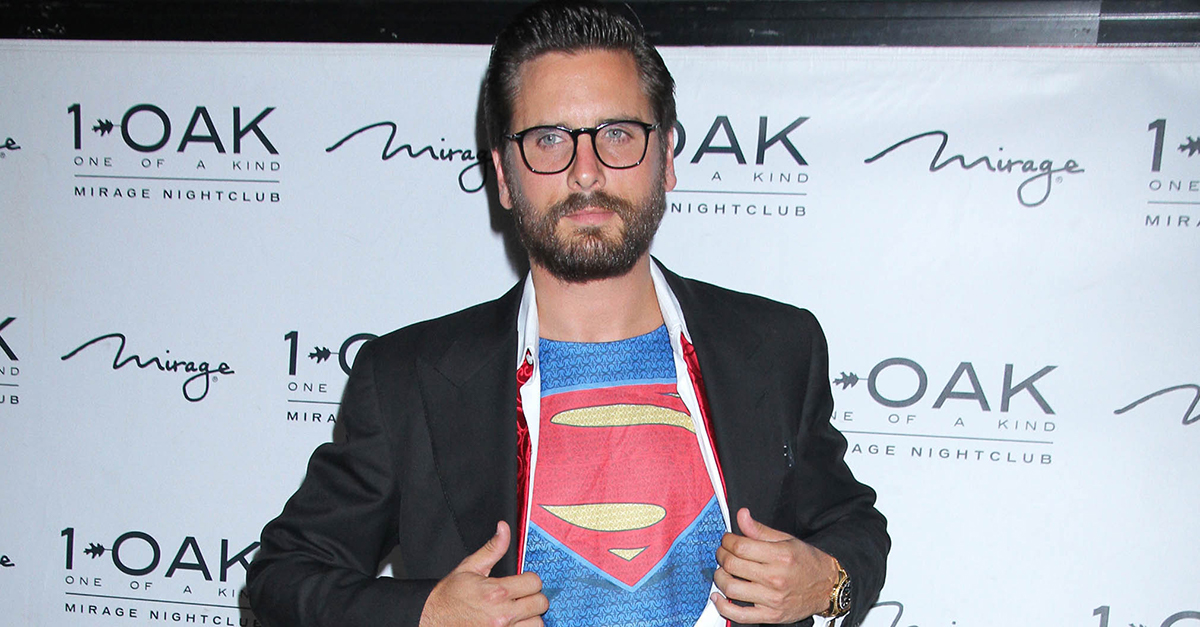