Scott Disick’s newest lady is only 19, but her dad doesn’t seem to mind 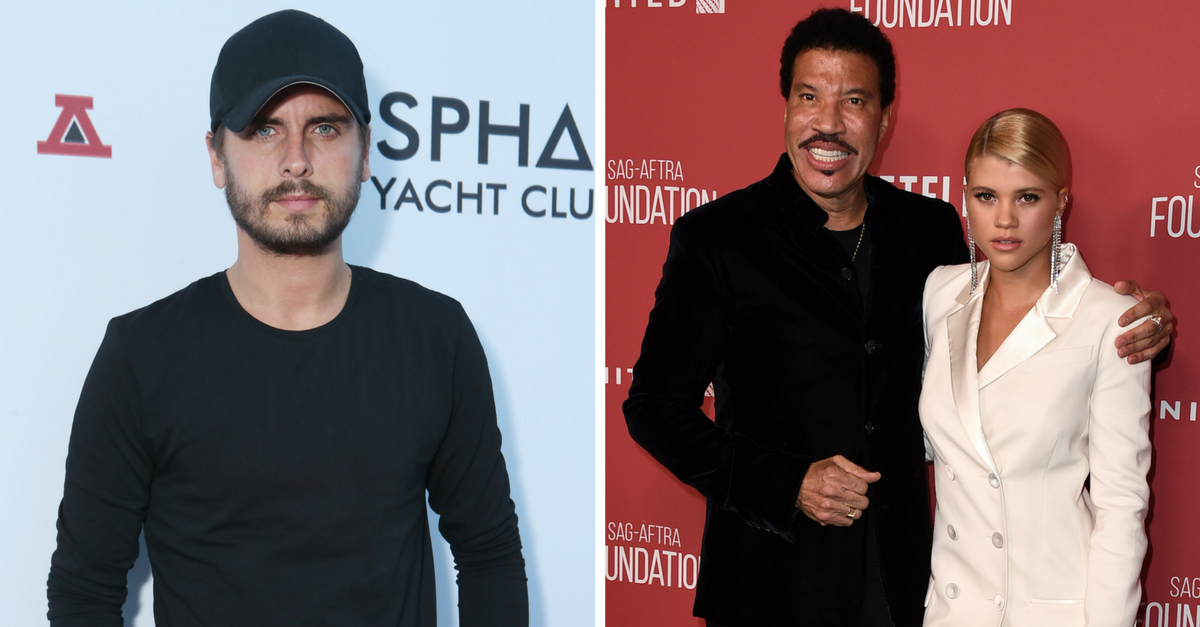 Sofia Richie, 19, is the latest woman to be romantically tied to 34-year-old “Keeping up with the Kardashians” star and father of Kourtney Kardashians’s three children, Scott Disick ? and her dad Lionel Richie is surprisingly fine with it.

“He?s good. He?s been very nice,” Sofia said while speaking to “E! News” on the red carpet alongside her father. “He?s been very cool. He?s very supportive, whatever that means.”

RELATED: Kourtney Kardashian is so over ex Scott Disick being ?with a different hooker every day?

“I am into her business, and she?s trying to keep me out of her business,” Lionel joked. “The fact is, I don’t know, how can you sneak when everything is on Instagram?”

“Well, I’m not hiding anything from you,” Sofia quipped back.While things seemed totally peachy when it comes to Lionel’s thoughts on his daughter’s relationship, sources told PEOPLE back in October an entirely different account.

“He thinks Scott is the worst person she could ever see and that he raised her better than that,” one said of the musician. “He thinks she should have more respect for herself as a young woman. Lionel knows Scott?s playboy ways and he doesn?t want to see his daughter get hurt.”

Sofia and Disick were first spotted together in May while attending the Cannes Film Festival. Despite Sofia’s tweeting, “Just so everyone can get their panties out of their a?es, Scott and I are just homies” shortly after the trip, the duo continued to spend time together on multiple other vacations.

RELATED: Lionel Richie speaks out against his 19-year-old daughter?s much older boyfriend

?Sofia is much more invested in the relationship than Scott. Scott isn?t treating this as a long-term relationship whatsoever,? the insider shared. ?He is just having fun. Sofia wanted commitment from him, so he committed to be her ?boyfriend.?”

Another source who spoke with Us Weekly, however, said, “?Scott is telling friends that he?s in love with her. They are still going very strong.?