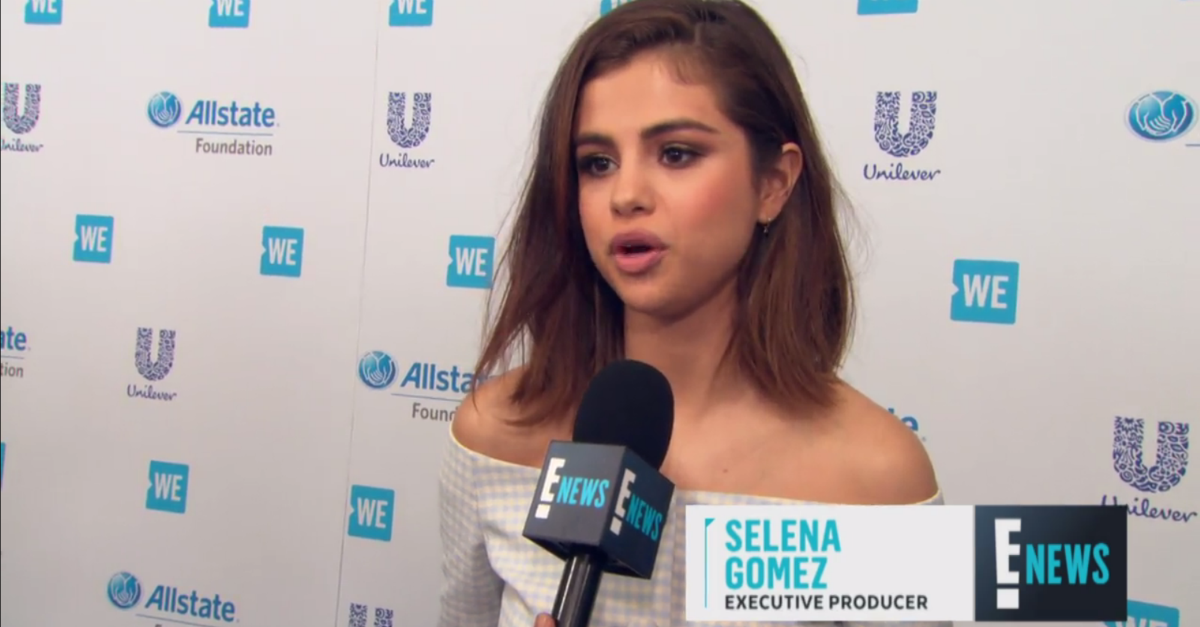 Selena Gomez was one of the forces behind Netflix special “13 Reasons Why.”

Regardless of the criticism, Gomez told E! Network that she hoped to “inspire everybody at home to just find a way to give back.”

RELATED: Paris Jackson joins the criticism of Netflix?s hit new show and warns against watching it

“I’m a little overwhelmed and very surprised,” she said about the success of the show:

I mean I believed in the project for so long and I understood what the message was. I just wanted it to come across in a way that kids would be frightened, but confused?in a way that they would talk about it because it’s something that’s happening all the time. So, I’m overwhelmed that’s it’s doing as well as it’s doing.

Our show @13reasonswhy came out tonight and I couldn't be more overwhelmed with pride and joy. After 7 years of holding onto this book, I couldn't of picked a better time for this message to exist. Jay Asher wrote a beautifully tragic, compelling story and we were lucky to have brought it to life. Thank you to every single soul that put their heart into this passion project

Wish the rest of the crew was with us today. Overwhelmed with the response and love @13reasonswhy is receiving. Thank you to each beautiful person who has watched and talked about the message of our show.