Serena Williams can now add a new title to her lengthy list of wins: Wife!

In a ceremony so secretive, attendees didn’t even have an address until the day before, the tennis champion married Alexis Ohanian, co-founder of Reddit and father to her infant daughter, Alexis Olympia Ohanian, Jr.

According to the Daily Mail, the nuptials cost a whopping $1 million and was a “Beauty and the Beast” themed affair. Guests were seated at tables named for each of Williams’ 12 grand slam titles and were gifted golden recreations of the trophies she received for each title as party favors.

The event was strictly cell-phone free, and guests were banned from taking any photographs as Williams had signed an exclusive deal with editor-in-chief Anna Wintour — another famous guest — to publish photos of the 250-guest wedding in Vogue Magazine.

According to a Daily Mail source prior to the event, “Serena and Alexis chose the Contemporary Arts Center because of its incredible architecture and history. They have instructed Preston to fill the hall with thousands of dollars worth of crystals and flowers. The hall will be totally transformed.”

From the few photos the snagged by the paparazzi, it looked like a glitzy evening!

RELATED: Serena Williams and Alexis Ohanian are reportedly headed to the altar — much sooner than we thought

As far as the couple’s 11-week-old, baby Alexis was definitely not left out of the wedding. According to the Mail’s source, “Alexis [had] a babysitter on hand just for her the entire night. Both parents wouldn’t dream of not having her there. She will be a part of the wedding as much as possible for an 11-week-old. They are totally and utterly besotted with her.”

The pair announced their engagement in December 2016 after a year of dating.

We wish them a beautiful life together, and we seriously can’t wait to see the official wedding photos! 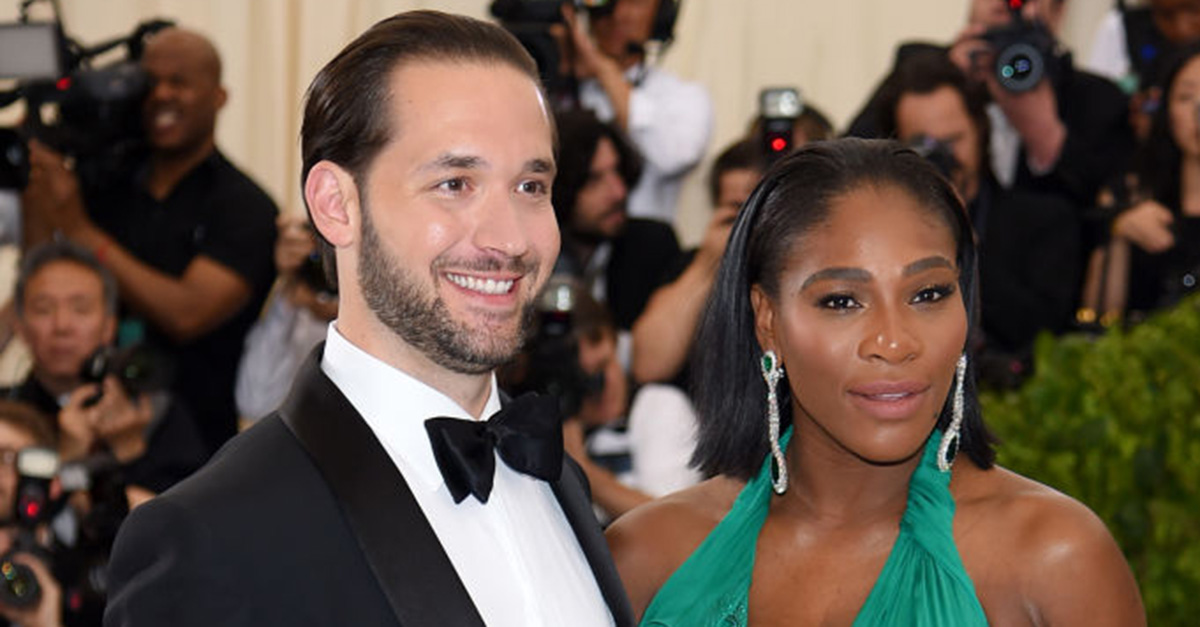