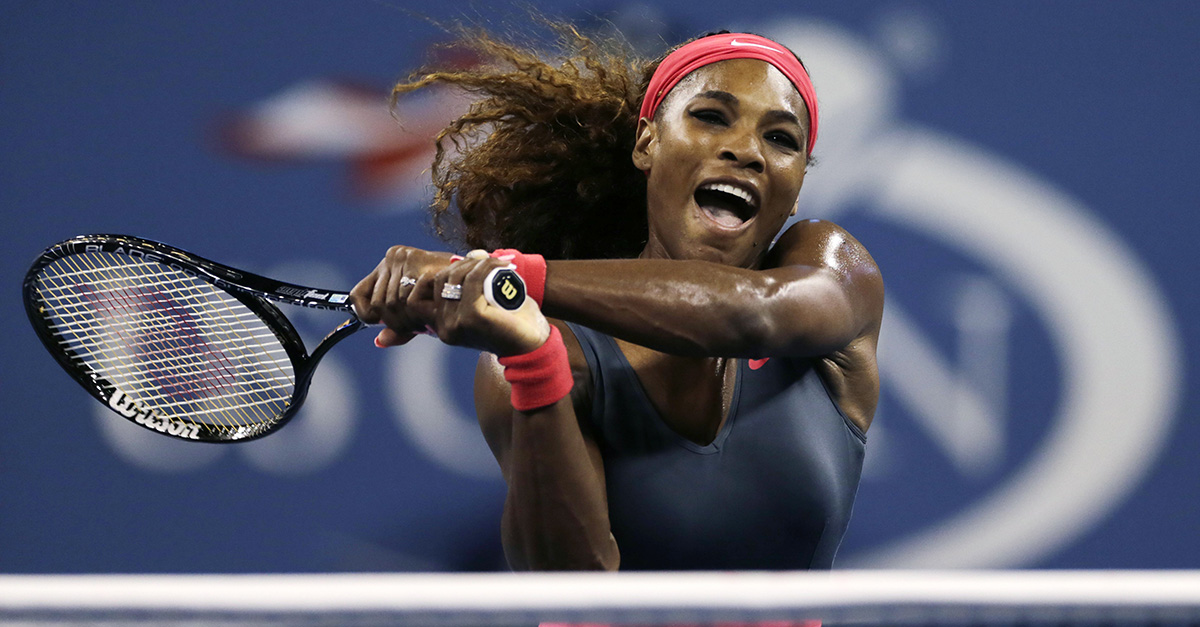 AP Photo/Charles Krupa
Serena Williams, of the United States, yells as she charges the net for a return against Yaroslava Shvedova, of Kazakhstan, during the third round of the 2013 U.S. Open tennis tournament, Saturday, Aug. 31, 2013, in New York. (AP Photo/Charles Krupa)

Fans of tennis champion Serena Williams will definitely have a wait before getting to see the superstar back in action.

The new mom announced that she was withdrawing from competing in the upcoming Australian Open in a statement Thursday. Just last year, the 36-year-old won her seventh title at the Australian Open while eight weeks pregnant with her daughter Alexis Olympia, ESPN reported.

RELATED: As 2017 comes to a close, Serena Williams takes an emotional look back at the year she became a mom

This year, however, neither Williams nor her infant daughter with husband Alexis Ohanian — she married the Reddit founder in a lavish “Beauty and the Beast” themed ceremony in 2017 — will be making an appearance to defend the title.

?After performing in my first match after giving birth I realized that although I am super close I?m not where I personally want to be,? she wrote on Snapchat.

?My coach and team always said ?Only go to tournaments when you are prepared to go all the way.? With that being said I am disappointed to say I?ve decided not to compete in The Australian Open this year.”

Williams made her post-maternity return to the court in a Dec. 30 exhibition match just four months after giving birth. Unfortunately, the newlywed was defeated by French Open champion Jelana Ostapenko, 20, after a super tiebreaker.

?However, the memory of last year?s Open is one that I will carry with me and Olympia and I look forward to coming back again. I appreciate the support and understanding of my fans and everyone at the Australian Open,? she finished with a signature.

JUST IN: @serenawilliams is OUT of the @AustralianOpen.

Wishing her all the best for the rest of 2018. pic.twitter.com/Qh8NbkQU6D

Williams revealed her pregnancy in a Snapchat photo last April. The athlete wore a yellow bathing suit showing off her baby bump photo along with the caption, “20 weeks.”

The shocking announcement nearly broke the internet, with Williams revealing that the photo reveal had actually been an accident.

?I was on vacation just taking some time for myself. I have this thing where I?ve been checking my status and taking pictures every week to see how far along I?m going,” she said to Gayle King during an interview. She shared that she’d been saving the photos for a personal collection until she began getting notifications and missed calls.