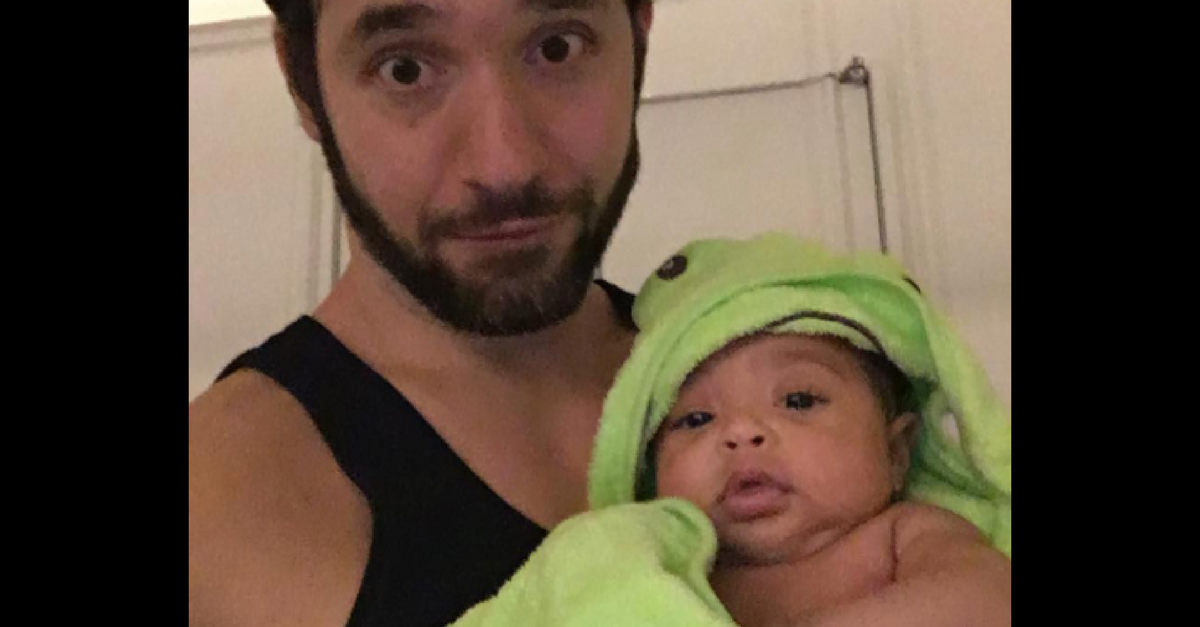 On Saturday morning, Serena Williams took to Instagram to share an adorable daddy-daughter moment she captured while she and fiance Alexis Ohanian gave their baby girl Alexis Olympia a bath.

“We love bath time,” she captioned the photo, which shows Ohanian cradling their daughter, who is wrapped up in a soft, green frog towel.

Earlier this week, the couple dressed up their daughter for Halloween in a cute batgirl costume. They shared a snap from the holiday, writing, “When you realize you?re the hero Gotham needs” as the caption.

When you realize you’re the hero Gotham needs.

The proud parents welcomed their baby girl back in September after Williams accidentally revealed she was pregnant on Snapchat earlier this year. They got engaged in December 2016 and plan to wed sometime soon. In the meantime, Williams announced her much-anticipated return to tennis.

Her comeback will happen in January, as she heads to the Australian Open, the same event she beat sister Venus in while pregnant and took home first place.

?Serena will be back,? tournament director Craig Tiley said, according to Sports Illustrated, adding that the tennis star ?is planning? on playing in the competition.

The timing aligns with William’s pledged return, as she told Vanity Fair she was hoping to be back on the court in January 2018.

?I definitely plan on coming back. I?m not done yet,” she said days later at a TED 2017 conference in Vancouver. “If [Venus is] still playing, I know I can play. This is just a new part of my life. My baby?s going to be in the stands and hopefully cheering for me.?