Seth Rogen’s mom tweets photo of massive bag of popcorn her husband made, and people are perplexed 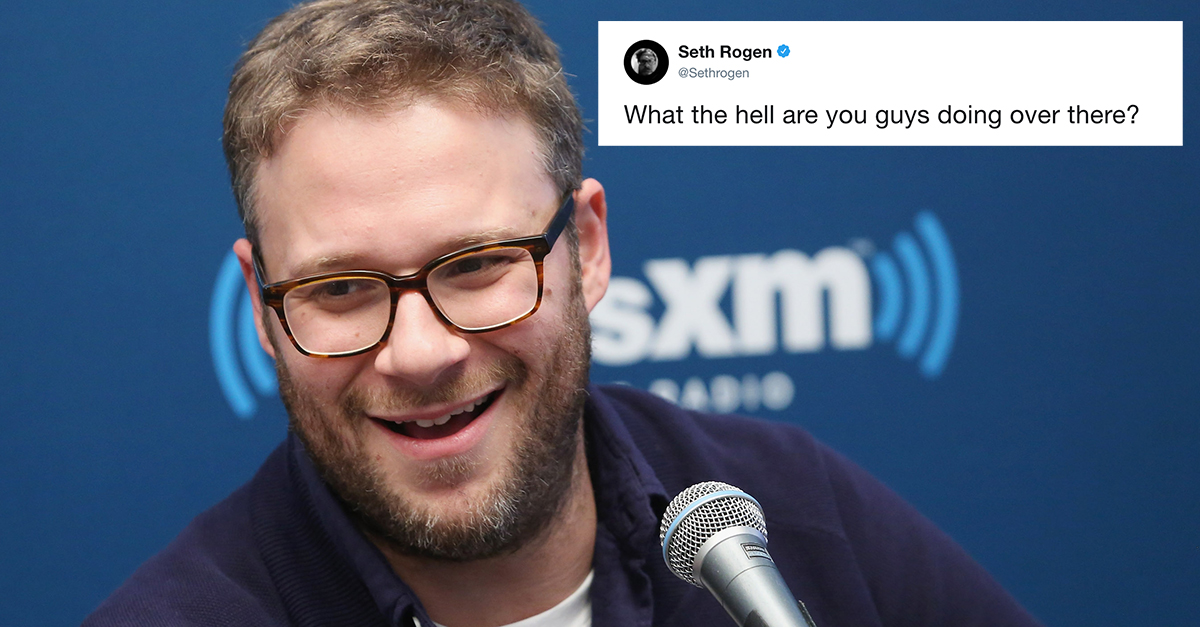 Funnyman Seth Rogen definitely gets some of his chops from his mom, Sandy. Anyone who follows her Twitter knows just how unwittingly humorous she can be and her latest tweet did not disappoint. With a photo of a gargantuan bag of popcorn, fans were equal parts tickled and confused. Her son was one of many who wondered her what was going on.

Came home to husband making the biggest bag of popcorn ever ! pic.twitter.com/CgIT52nPHc

RELATED: Donald Trump Jr. follows Seth Rogen on Twitter, so the actor has been shooting off direct messages to the first son

He asked, “What the hell are you guys doing over there?”

People immediately started bombarding the pair with their best guesses as to why the Rogens had popped a giant trash bag worth of the snack.

having the time of their lives

getting ready for stranger things 2

Duh. They getting it poppin.

It’s not the first time his mom has been in the headlines for a perplexing tweet. In July, she compared sleeping after sex to yoga and Seth hilariously roasted her for sharing her private life on the internet.

The best part of all the exchanges wasn’t the curiosity about the popcorn, but by the hidden item only the eagle eyed individuals spotted.

Whose teeth are on the counter.

“Are those dentures on the counter? Please god let that just be a hand sanitizer dispenser,” one follower hilariously asked.

Are those dentures on the counter? Please god let that just be a hand sanitizer dispenser.

Rogen’s one word reply was all that was needed: “Dentures.”

Whatever that giant bag of popcorn was for, the bigger question is how the person missing their dentures was eating it!