Two sets of parents have told police that R&B legend R. Kelly is allegedly holding their daughters against their will in a “cult.” Not only that, but three members of the singer’s former inner circle said that six women allegedly live in properties Kelly rents in Chicago and the Atlanta suburbs, where he is said to control all aspects of their lives.

Cheryl Mack, Kitti Jones and Asante McGee told BuzzFeed News that Kelly tells the women in his entourage, who he calls his “babies,” what to eat, how to dress, when to bathe, when to sleep and how they engage in sexual encounters that he records. He takes away their cell phones so they can’t get in touch with friends or family and gives them new ones that are only to be used to contact him. Communication with anyone else must be approved by him.

The three claim that the women must call Kelly “Daddy” and ask permission to leave the recording studio in Chicago or their assigned rooms in the house Kelly rents near his home in Atlanta. He also films his sexual activity with the women and shows the videos to the men in his circle.

Mack, the singer’s former personal assistant, said Kelly punishes the women physically and verbally if they break any of his rules. She and Jones said they’ve both lived with and had sexual relationships with Kelly, with Jones claiming that he slapped her outside of a Subway restaurant in 2013. She said she was punished for being too friendly with the male cashier at the sandwich shop.

McGee said that Kelly manipulated her emotionally and sexually, also calling the circumstances a cult.

“R. Kelly is the sweetest person you will ever want to meet,” McGee said. “But Robert is the devil.”

McGee said she never saw Kelly hit anybody, but also said “he was running a ‘cult’ and manipulated her emotionally and sexually.”

Mack said the women in Kelly’s entourage initially think their going to life a lavish lifestyle, but that’s not how things end up going.

The daughters of “J. and Tim” and “Theresa and Angelo” are two young women who have fallen for Kelly’s fame, and now both sets of parents are fighting to get their daughters home, claiming the girls, who are living with Kelly, are being held against their will in the singer’s cult. The names of both victims and the full names of their parents are being withheld to protect the privacy of them all, though Buzzfeed News has confirmed their full names and identities in public records.

The daughter of J. and Tim has hold her parents that she is fine and doesn’t want to be bothered. Theresa and Angelo’s daughter invited her dad to one of Kelly’s concerts, which request he declined, and also had breast enhancement surgery paid for by the singer.

The law is not on the side of the parents, though, as it says consenting adults may be involved in any relationship they want, and all of the women in Kelly’s entourage are of legal age – 16 in Georgia and 17 in Illinois.

J. and Tim filed a missing persons report with Georgia Gwinnett College in Lawrenceville, Georgia, where their daughter went to school before moving in with Kelly. No action has bee taken, though, as the parents know their daughter is in Kelly’s suburban home, and being that she is of legal age, the now 21-year-old can do what she wants, campus police said.

With police not able to help, they’ve reached out to the FBI in hopes of federal law enforcement being able to bring their daughter home.

RELATED: Years after leaving “Dancing with the Stars,” Samantha Harris is returning to primetime TV.

Theresa and Angelo are also fighting to get their daughter back.

“I desperately want my daughter back but I’m not [sure] what will [be] the repercussions if she doesn’t come willingly,” Theresa said. “These girls think this man loves them. Matters of the heart are a touchy subject.”

Attempts by Buzzfeed News to reach Kelly for comment were unsuccessful, and there was no response to the multiple emails and phone calls to the Kelly’s RCA Records publicist Theola Borden, who in 2014 was promoted to senior vice president of publicity for the label.

A civil lawyer in Chicago who represents Kelly did respond to the allegations, however.

“We can only wonder why folks would persist in defaming a great artist who loves his fans, works 24/7, and takes care of all of the people in his life,” Linda Mensch wrote. “He works hard to become the best person and artist he can be. It is interesting that stories and tales debunked many years ago turn up when his goal is to stop the violence; put down the guns; and embrace peace and love. I suppose that is the price of fame. Like all of us, Mr. Kelly deserves a personal life. Please respect that.” 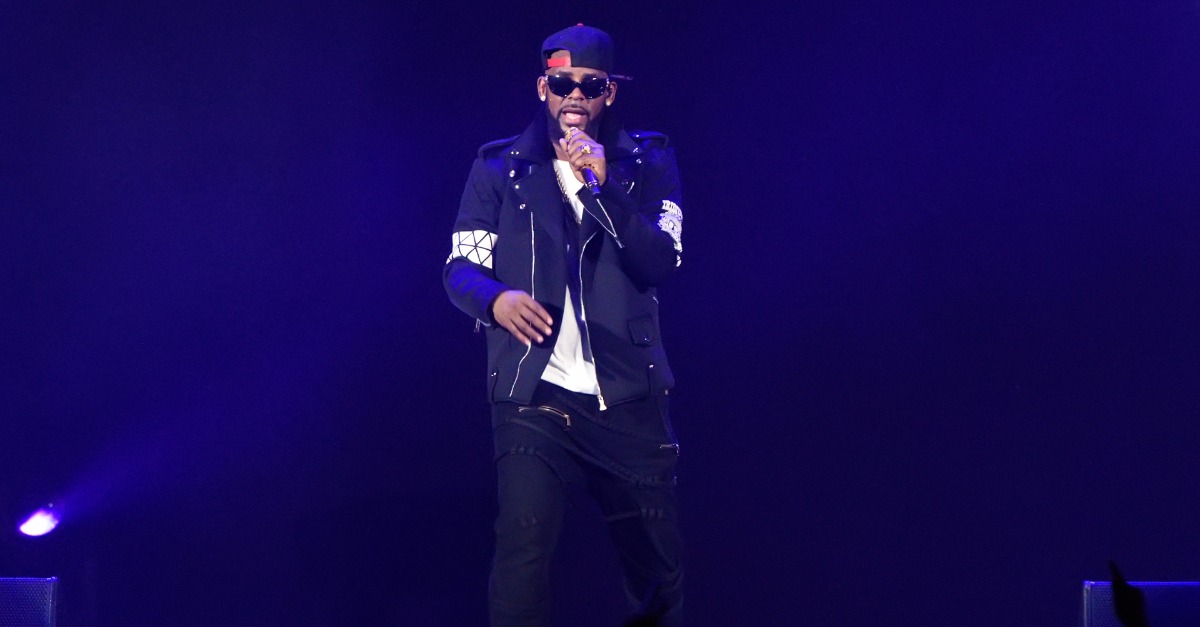