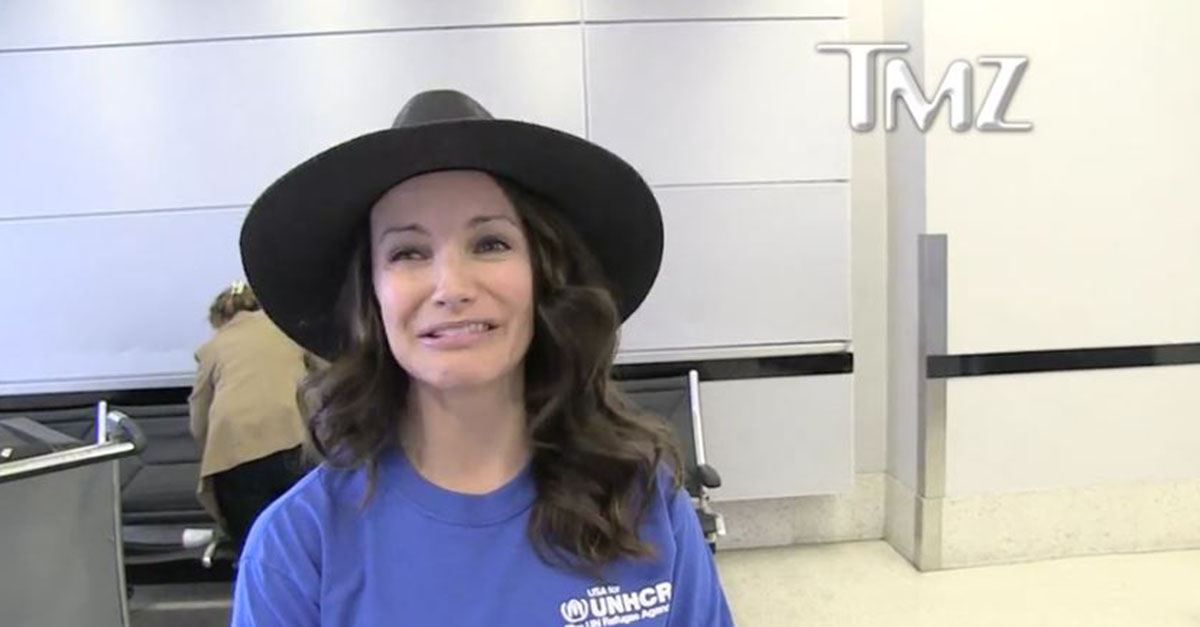 TMZ caught up with the “Sex and the City” star, who openly gave her opinion about how it could change America’s relationships with other countries.

“I am very worried,” she said. “I have met refugees. They are victims. I don’t think we should be blaming them. I have hope that the checks and balances in our government can step forward and rectify the situation.”

RELATED: You know Hollywood had something to say about President Trump’s Supreme Court nominee Neil Gorsuch

Davis serves as a global ambassador for Oxfam International and has worked with refugees in Africa. Her most recent visit was this past December.

While talking about her experiences working with refugees, Davis fought back tears.

“Mostly everyone just thinks that America is wonderful and in their wildest, wildest dreams, they would get to come here. It makes me sad that that could change,” she said through tears.

“I love America. I don’t want people to think that we are not kind people,” she added.