Shannen Doherty is fighting for her life.

The “Beverly Hills, 90210” star recently opened up about her ongoing battle with breast cancer and said she has been leaning on friends, family and fans as she continues her fight. Doherty took to Instagram in July to share the process of shaving her head with fans.

Doherty sat down with Entertainment Tonight and revealed that her husband, photographer Kurt Iswarienko, has been her biggest support system in her battle and journey to recovery.

RELATED: Fans are rallying around this TV legend as she continues her battle against breast cancer

Doherty was first diagnosed with breast cancer in February 2015 and recently announced that the cancer has spread to her lymph nodes. She has undergone three of eight rounds of chemotherapy and plans to have radiation treatment once her chemo is over. She also had a single mastectomy in May.

She opened up about the moment she told her husband about the diagnosis. She called him after meeting with a doctor and when she returned home, Iswarienko was waiting for her in the driveway.

Her mother, Rosa, has also been a big support in her battle. “Thank God she is there,” Doherty told ET. “She is constantly looking stuff up and, you know, she will force-feed me Gatorade chips. Her and my husband tag team.”

Doherty admitted that when she was first diagnosed, she didn’t always have such a positive outlook. But now she’s calling the experience “humbling.”

“You realize how many people in the world are going through the same struggle as you and that you have such a larger family than you thought,” she explained. “Because the cancer family is a really large family, and they’re wonderful and embracing and so willing to share their own story with you — and also inspire you and be inspired by you. That amount of love has changed me, it’s just made me appreciate people. I always did, but it’s like a new kind of appreciation.” 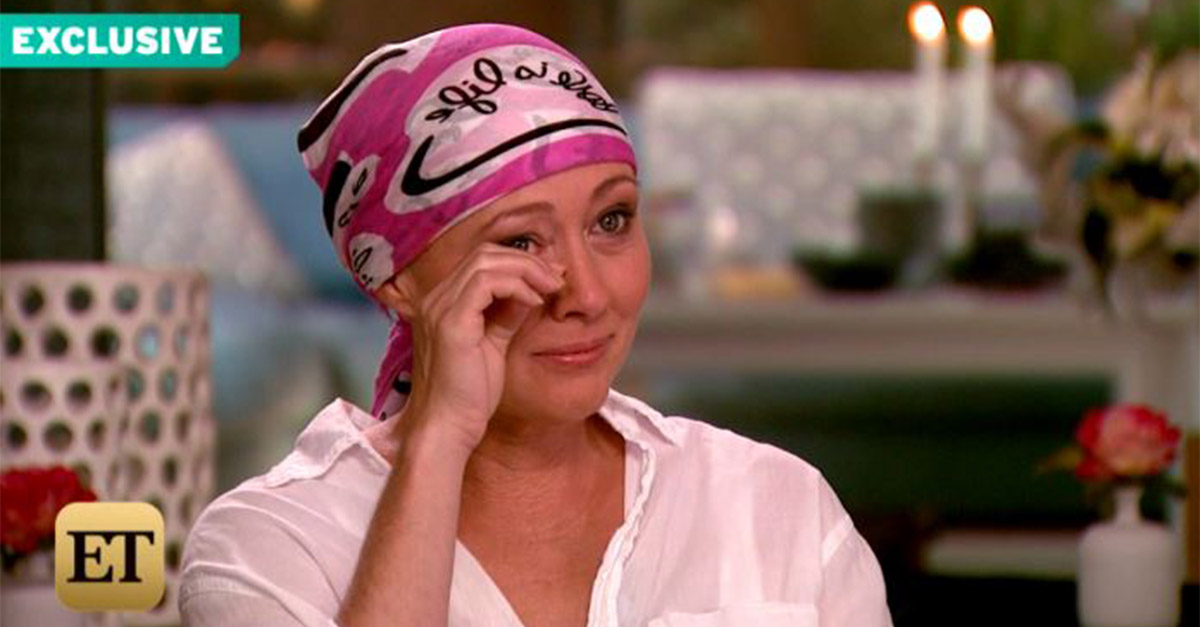