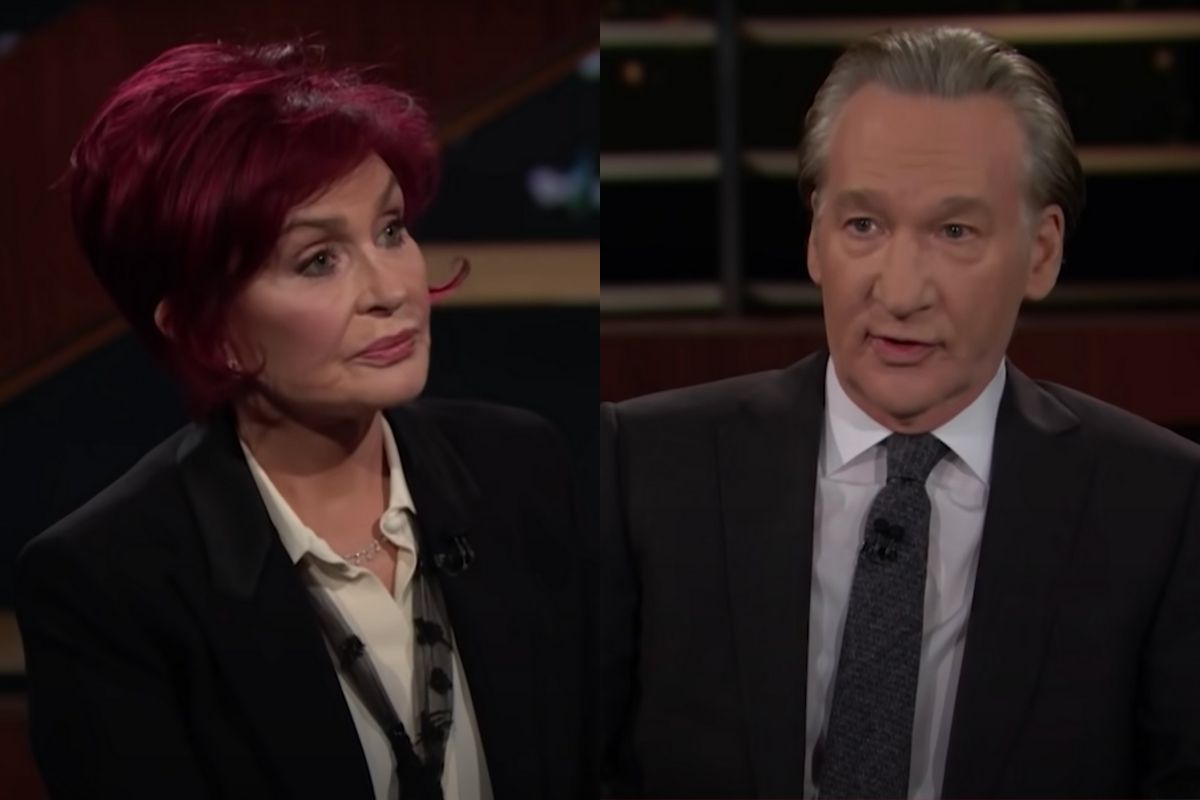 Sharon Osbourne joined Bill Maher on his HBO talk show Friday night to discuss “cancel culture” in the wake of her defense of Piers Morgan — and subsequent departure from The Talk. It was one of her first interviews since the on-air drama began last month.

Why Is Sharon Osbourne in Trouble? A Brief Recap

On the CBS daytime talk show The Talk on March 10, co-host Sharon Osbourne doubled down on her defense of Piers Morgan’s comments on Good Morning Britain about the former Duchess of Sussex Meghan Markle. Following Markle’s bombshell interview with Oprah Winfrey, the British TV personality came under fire for belittled Markle’s character ad nauseam, insisting that he did not believe a word she said. (Later, information came out insinuating that Markle had “ghosted” Morgan as a friend in the past and did not invite him to her wedding to Prince Harry in 2018.) When challenged by his fellow co-host, Morgan stormed off set and later resigned from the program.

Osbourne, who is a longtime friend of Morgan, tweeted in his defense on March 9:

. @piersmorgan I am with you. I stand by you. People forget that you’re paid for your opinion and that you’re just speaking your truth.

The following day, Osbourne was asked about her opinion on The Talk. Osbourne maintained the stance that Morgan has freedom of speech and could use it however he wanted. She did not say, exactly, whether she agreed with Morgan that Markle was a liar. But The Talk co-host Sheryl Underwood told Osbourne, “To not want to address that because she is a Black woman, and to try to dismiss it or to make it seem less than what it is, that’s what makes it racist… But right now, I’m talking to a woman I believe is my friend and I don’t want anybody here to watch this and think we are attacking you for being racist.” The tone of the conversation quickly went from friendly to hostile as both women stood their ground regarding the Morgan controversy.

Regardless of Osbourne’s initial intention when it came to defending Morgan, the story quickly grew. Various former co-hosts including Holly Robinson Peete, Leah Remini, Sara Gilbert, and Julie Chen came forward with further bullying accusations against Osbourne including, allegedly, the use of slurs against Asians and lesbians. Following these reports, the show went on hiatus, and on March 26, it was announced that Osbourne will not be returning to The Talk.

1. Exclusive: Sharon Osbourne, co-host of the CBS daytime panel show “The Talk,” would frequently refer to then-co-host Julie Chen, who is Chinese American, as “wonton” and “slanty eyes,” according to multiple sources. https://t.co/6A4DrRnSVx

“I’ve been called so many things in my life ? I am so used to being called names ? but a racist is one I will not take.”

Speaking about the ongoing scandal with Bill Maher, Sharon Osbourne said ?Disagreeing with someone does not make you a racist. [Underwood] entitled to her opinion, Piers is entitled to his. And that?s what it?s all about.? It would seem that nothing Osbourne said on The Talk on March 10 was overtly racist. But viewers took offense to the idea that Osbourne would validate someone who denies, so heatedly, a woman of color’s own traumatizing experience.

On Real Time with Bill Maher however, Osbourne maintained her previous positions. Maher, unsurprisingly, agreed vehemently and called the “re-education” of white people — especially at their age — utter “fantasy.” Osbourne, for what it’s worth, added that she had read White Fragility. Robin DiAngelo’s popular book examines the instinctive defensiveness of a white person whenever race comes into play. And while Osbourne found some parts “informative,” the rest she did not.

And as for the allegations from Osbourne’s former co-hosts… Maher referred to those nasty insults, simply, as “talking sh*t” among co-workers. Osbourne essentially went along with that label. “Men are dogs,” Maher said, ?And we?re b*tches,” Osbourne added: “That?s the way it goes.?

You can listen to audio from the full interview below.