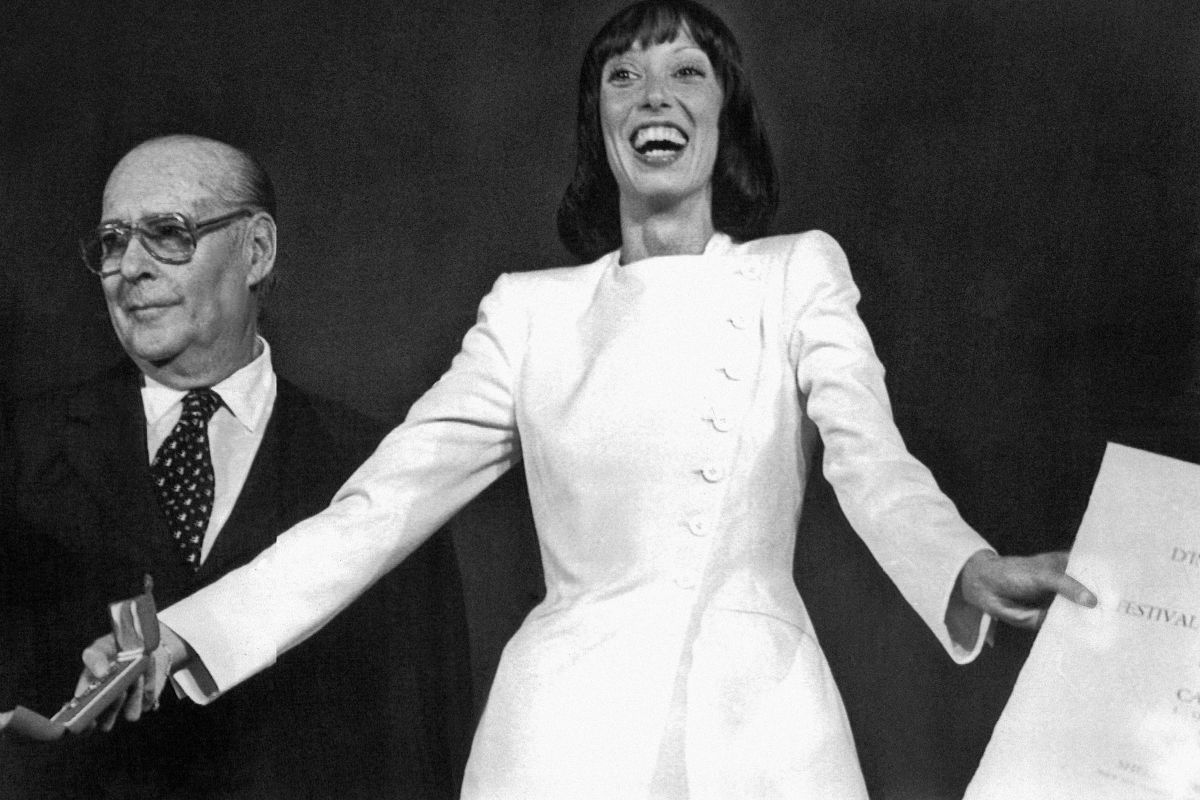 The last time we heard from Shelley Duvall, she was not doing well. The movie star seemed to disappear from public life following her Hollywood glory days during the 1980s. Without new roles, she remained in our collective memory as that willowy, raven-haired beauty who so inspired artistic directors and towered over her then-boyfriend Paul Simon. That is until 2016 when Dr. Phil aired a troubling interview with the reclusive celeb. Her haggard appearance and confusing demeanor had fans seriously worried for Duvall’s mental health. With no clear answers, we were left hoping that she’d find real help — not from Dr. Phil.

But now, Shelley Duvall has opened up once again. In a new interview with The Hollywood Reporter, this icon is speaking directly about what she’s up to now, her infamous time on-set during The Shining, and of course, that mess of a sit-down on the Dr. Phil show.

Throughout his interview with Shelley Duvall, Dr. Phil McGraw fronts like he is seriously invested in Duvall’s well-being. The talk show host maintains a characteristically serious demeanor WHILE Duvall dodges his questions with wildly inflammatory statements, including calling her late co-star Robin Williams a “shapeshifter.” She swings quickly between intense, defensive paranoia and fantastical tangents; it doesn’t take a clinical psychologist to see that Duvall was clearly struggling with mental illness at the time.

As such, the TV doctor attempts to treat Shelley Duvall like a patient. But as his quick patience wears thin, the conversation turns to hospitalization. Dr. Phil insists that he and his crew want Duvall to get real treatment and an in-patient facility. They even try to take Duvall to get checked in, but the operation (also televised) was bust. It didn’t take long after the Dr. Phil episode aired for viewers to condemn the exploitative footage. Since Dr. Phil apparently did not successfully get Duvall real doctor care, the interview was disappointing at best. At worst, it was predatory and manipulative.

Shelley Duvall in Her Own Words

Seth Abramovitch of The Hollywood Reporter wrote that he didn’t want the Dr. Phil debacle to be “the final word on her legacy.” Speaking to Shelley Duvall last week, Abramovitch sought to set the record straight when it comes to her strange life in the spotlight. The doe-eyed actress first gained fame as something of a muse for director Robert Altman. His film, 3 Women, became Duvall’s professional breakthrough in 1977. In 1980, she teamed up with Altman again in Popeye, playing a strikingly unconventional Olive Oyl. The same year, Duvall made cinema history as Wendy Torrance in Stanley Kubrick’s horror classic The Shining. Kubrick’s mad methods surrounding Duvall’s terrifying performance is, by now, a horror story in itself.

It took an unbelievable 127 takes to film that memorably violent baseball bat scene. (Another sequence from The Shining, which required 148 takes, earned a Guinness World Record.) Beyond that terrifying scene, Stanley Kubrick set out to intentionally alienate Duvall from the cast and crew in an attempt to heighten her connection to Wendy. Duvall once told Roger Ebert that the experience was “almost unbearable.” Anjelica Huston, who was dating Duvall’s co-star Jack Nicholson at the time, confirmed to THR that “Shelley was having a hard time just dealing with the emotional content of the piece.” Fans have long theorized that it was the traumatizing portrayal of Wendy Torrance which first sent Duvall over the edge.

Talking with The Hollywood Reporter, Shelley Duvall addressed this widespread suspicion head-on. She said that while the staircase-baseball bat scene was certainly difficult, “it turned out to be one of the best scenes in the film.” She does not seem to begrudge the auteur Stanley Kubrick, as the quality of the film speaks for itself. Although Kubrick undoubtedly flexed his “cruel” streak on the set of The Shining, Duvall bears no obvious ill will. However, there an especially candid moment during her THR interview, in which the aged actress recalled the misery of attempting to embody Wendy Torrance. On getting into character, she said:

“You just think about something very sad in your life or how much you miss your family or friends. But after a while, your body rebels. It says: ‘Stop doing this to me. I don’t want to cry every day.’

Generally, the Shelley Duvall that shines through in The Hollywood Reporter piece does not resemble the erratic babbling of her Dr. Phil feature. Of his visit with Duvall, reporter Seth Abramovitch wrote, “I found her memory to be sharp and her stories engrossing.” Although certain aspects of Duvall’s life remain an impenetrable mystery — like why, exactly, she left Los Angeles in the first place — her life in rural Texas seems fairly fulfilling and natural. Duvall moved back to her home state in 1994 and lives with her longtime partner, the musician Dan Gilroy. The couple did not permit Abramovitch to speak to Gilroy or enter their shared home. Additionally, there is no direct mention regarding any official diagnosis for Duvall, mental or otherwise.

As for submitting to the interview with Dr. Phil, Shelley Duvall explained that “I found out the kind of person he is the hard way.” (A spokesperson from Dr. Phil maintains that Duvall continuously rejects the show’s offers regarding treatments or a follow-up.) The fallout from that disturbing episode might have forever tainted the public perception of this historic performer. But as of now, Shelley Duvall seems to be doing alright.