Simone Biles is scary-good at gymnastics. She’s got no fear of the all-around, vault, and floor; in fact, she won individual gold metals in all three categories at the 2016 Summer Olympics in Rio de Janeiro.

But there is something that makes Simone Biles at least uneasy, if not upset or terrified. Can you guess what it is? Well, whatever you thought, you were wrong.

It’s people dressing up as Jeffrey Dahmer for Halloween.

For some reason, Simone Biles — recipient of a Presidential Medal of Freedom — felt the need to tell the general public Tuesday that she loathes people wearing Jeffrey Dahmer masks or outfits.

“Im just got go head and say it, put the jeffrey dahmer costumes back in the closet,” she tweeted. “We ain’t having it!!!!!”

Simone Biles’ tweet is solid proof that social media really is a platform where anyone can say just about anything about any topic whatsoever, regardless of any reason why. When it comes to Twitter, chaos always trumps coherence.

So, we’re left with a lot of questions. Especially because Simone Biles didn’t post a subsequent explanatory tweet. She only retweeted one reply to her cough, unexpected, tweet.

There probably isn’t enough to warrant a “deep dive” here — we’ll leave that to some other media outlets — but we do want to speculate just a little.

Seeing as how Jeffrey Dahmer died in prison three years before Simone. Biles was born, it’s impossible they ever crossed paths.

One imagines that, if a relative of Simone Biles died at the hands of the serial killer, the topic would’ve arisen at some point during the rise of her stardom.

While Biles was born and still lives in Spring, Texas, Dahmer grew up and died in Wisconsin. There’s a 17- or 18-hour separating her residence and where he used to live.

So here’s the best we can surmise: As someone who actively volunteers to help children in need and to bring more awareness to mental health and abuse, she’s not cool with young people glorifying a serial killer by dressing up as him. And since one of Netflix’s hottest streaming shows at the moment is a biographical crime drama about Dahmer, he’s gaining popularity — especially in our warped culture of misinformation.

If that is indeed the case, then good for Simone Biles for attempting a public service announcement of sorts. 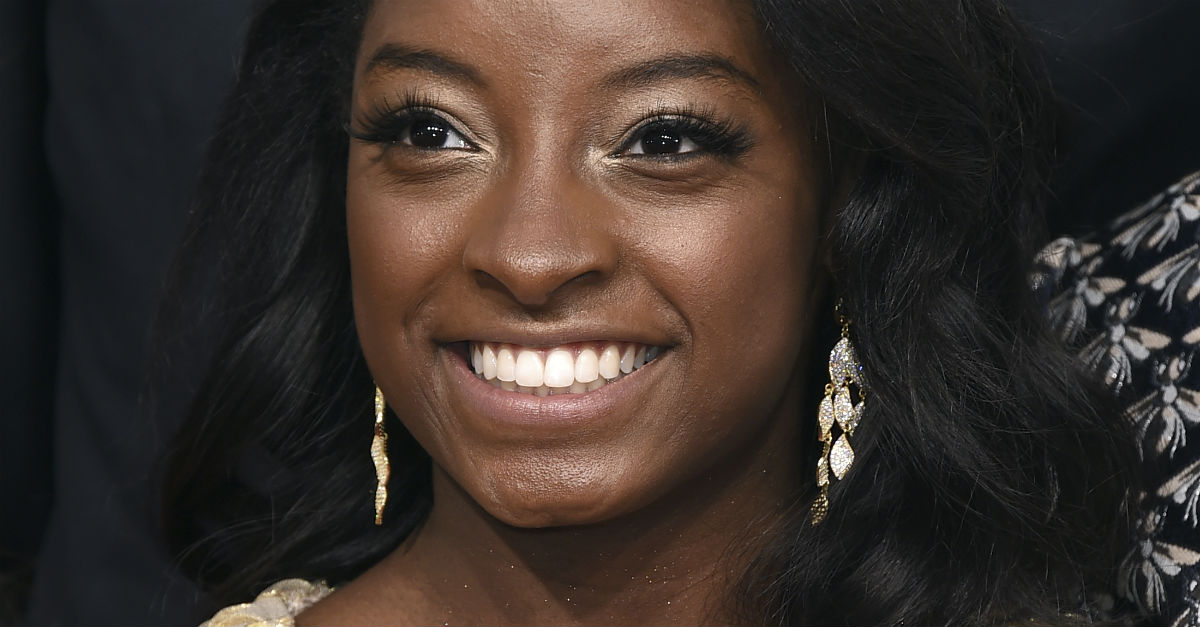