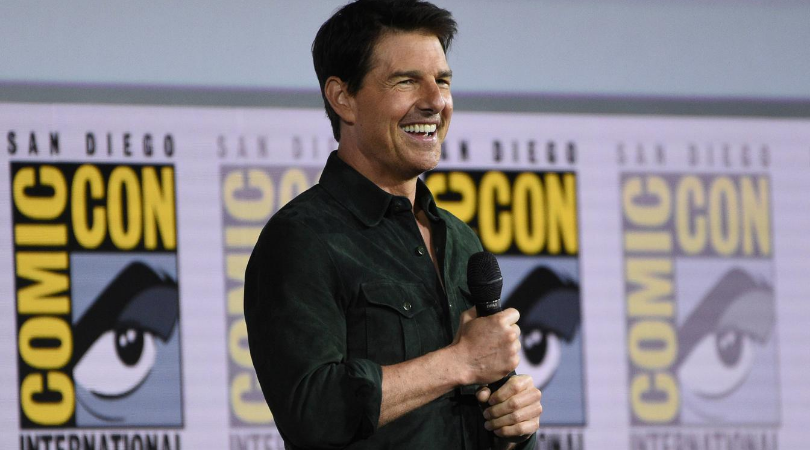 Tom Cruise is perhaps the epitome of A-list Hollywood. Even people living under rocks know who he is, love him, and are asking their friends if they prefer the stylings of him or Will Smith. He is known by most for his work in Mission Impossible series, Top Gun, The Mummy, Risky Business, Cocktail, and Jerry McGuire. The list literally goes on for decades. Naturally, along with his status comes having been in relationships with some of the most sought after partners, including Nicole Kidman and Katie Holmes.

Oh, Katie Holmes. The inspiration behind that infamous 2015 Couch Jump performed oh so emphatically by a swooning Tom Cruise on The Oprah Show. Yes, that Katie Holmes. The Dawson’s Creek star was one of the hottest actresses in the early 2000’s. After Cruise and Nicole Kidman divorced in 2001, Ms. Holmes and Chris Klein split three years later.

Apparently, Cruise had heard that Holmes had told an interviewer that she used to think she was going to get married to him. Two met, hit it off, and were dating within a month of meeting. Holmes and Cruise joined the Church of Scientology. They married in 2005 and had their first child, Suri, the year after.

When War of the Worlds premiered in 2012, Katie was surprisingly nowhere to be found. Celebrity news outlets announced that Holmes was divorcing the star. Divorce lawyers settled that then 6-year-old Suri would stay with her mother.

Who Is Tom’s Daughter, Suri Cruise?

Suri Cruise is still staying with her mother, Katie Holmes, while her father has visitation rights. In 2012 when the two split, Holmes and Suri moved to New York. The two are heavily private, which is why there are very rare photos of Siri.

This past April, she turned 14- year-old. The young teen excels athletically, enjoying dance and gymnastics. Her mother celebrated the milestone with an adorable birthday message on social media.  “?Happy Birthday Sweetheart!!!!!!! ? I am so blessed to be your mom. May this year be incredible! ????,” Mom Katie Holmes said, including a cute snap of her daughter.