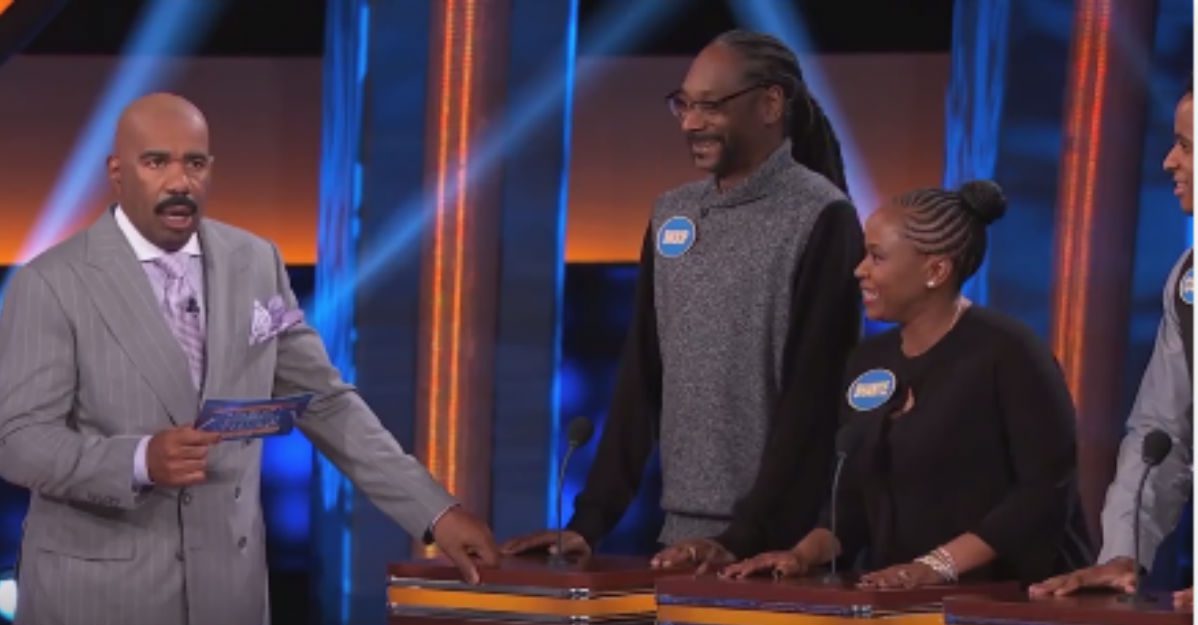 “Name something grandma might do if she caught grandpa smoking marijuana.”

This weed question was posed to rapper and marijuana enthusiast, Snoop Dogg, and his familial teammates, the Broadus family, during their Celebrity Family Feud match-up against boxing legend Sugar Ray Leonard.

After some consulting with the Broadus clan, Snoop’s answer was to “sell it,” although he was pretty adamant that this was the answer his team chose. He also hinted that he probably would’ve gone with “keep it” instead.

I guess we can say that Snoop Dogg’s answer went “up in smoke.” The buzzer sounded as the answer didn’t appear on the board, but the best part had to be tv show host Steve Harvey‘s hilarious reaction to the idea of a granny’s interesting choice of side hustles for fast money. But since Snoop’s brand is built on marijuana, would that be so shocking?

That wasn’t the only hilarious part of Snoop Dogg’s episode of the famous game show. The fast money round had Steve Harvey basically wheezing to the point where he couldn’t even believe he was laughing that hard on national television.

Another one of Snoop Dogg’s hilarious answers during the fast money round was so random and weird, I don’t think the rapper even realized what he was saying. By that answer, the Broadus family only needed 1 more point to win the game. “I need one other person in this world who would, for some reason, have found a pie, stuck up inside a horse,” Steve Harvey said as he was standing there in disbelief with Snoop’s answer.

Snoop Dogg just shrugged and owned his answer with clearly no embarrassment. Unfortunately, “pie in the horse” won his family team 0 points, but apparently the laughter was worth it. Luckily, his next answer won them more than enough points to win the game.

Editor’s note: This article was originally published on July 11, 2016.