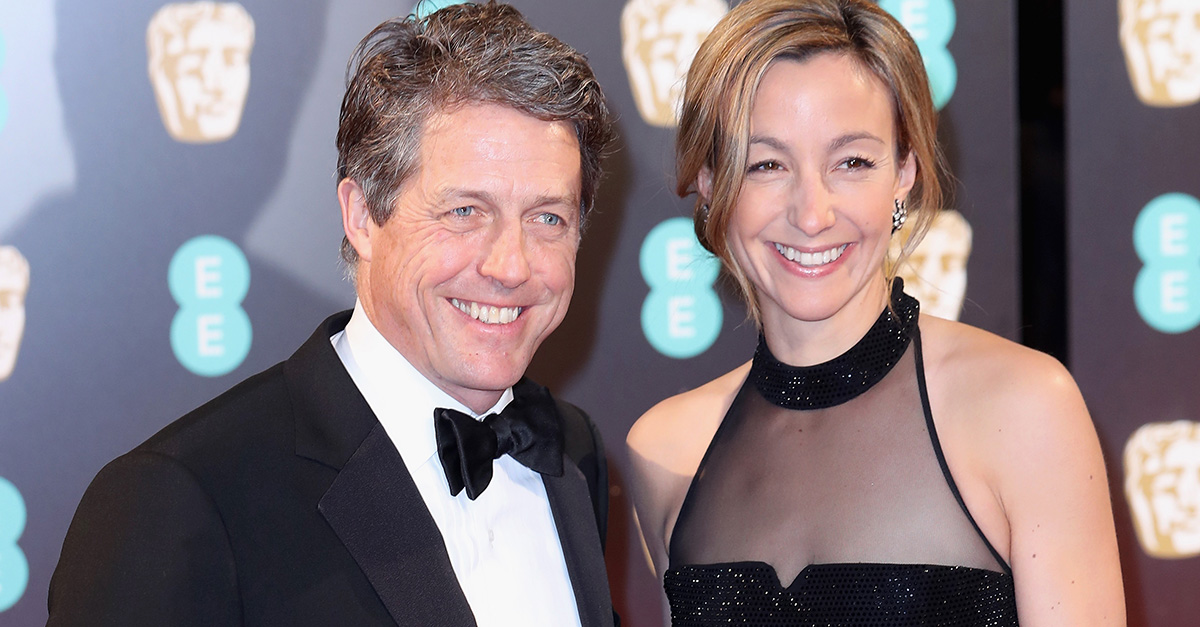 We believe congratulations are in order for Hugh Grant and his partner, Anna Eberstein, as they have reportedly welcomed their third child this week.

Ironically enough, Grant’s ex-girlfriend, actress Elizabeth Hurley, was the first one to spill the beans about the new bundle of joy in an interview promoting the new season of her hit series, “The Royals.”

“I?m very lucky that 31 years into our friendship, he?s still my best friend in the whole. He?s really a great guy,? she said of her ex. ?I see him a lot; I speak to him a lot. You know, he?s now a father of five, he has five kids and he?s a great dad. Yeah, will he remain my best friend for life.?

Hurley wasn’t finished there, either. Just days later, she appeared on “Watch What Happens Live” and gushed about Grant’s new baby.

“He had another one last week. He has five,? she said. ?He was over 50 when he spawned them all! He?s an enchanting dad.?

Grant and Eberstein have two other children, John, 5 and a 2-year-old daughter whose name has not been released. Grant is also the father to Tabitha and Felix from his previous relationship with Tinglan Hong.