It’s crazy to think that a photo taken nearly 60 years ago is still so relevant today!

On Monday’s episode of “Live! with Kelly” Sophia Loren stopped by to talk about that iconic photo taken at a 1957 where she is giving a sideways glance to Jayne Mansfield at a dinner party.

Sophia Loren was adorable when asked about her "original side eye" shot, memed round the world. @LiveKelly pic.twitter.com/NqAhmL4nJJ

Loren remembered that night like it was yesterday and went into detail about what she thought when Mansfield walked into that room that evening.

“That was the first time that I was in America,” the Italian-born actress revealed. “And it was a party for me and many actors, wonderful actors were there. And the last one to come in was Jayne Mansfield.”

RELATED: You’ve heard her incredible ballads, but you haven’t seen anything until you’ve watched Céline Dion rap on “Ellen”

Loren continued, “When I saw her at the door, I said, ‘My God, I am going to have a fit, because I don’t know what’s going to happen to her. If she moves, everything moves, and it’s a disaster!'”

The audience howled with laughter as Loren talked more about that evening. “She came in and what did she do? She was doing like this,” Loren leaned forward in her chair as she explained. “On the table! And that was the look.”

“I mean, they really are right there on the table,” Ripa agreed.

“But, then she was already fine because she was sitting down,” Loren continued. “So I was relaxed.”

She didn’t look too relaxed in that picture! 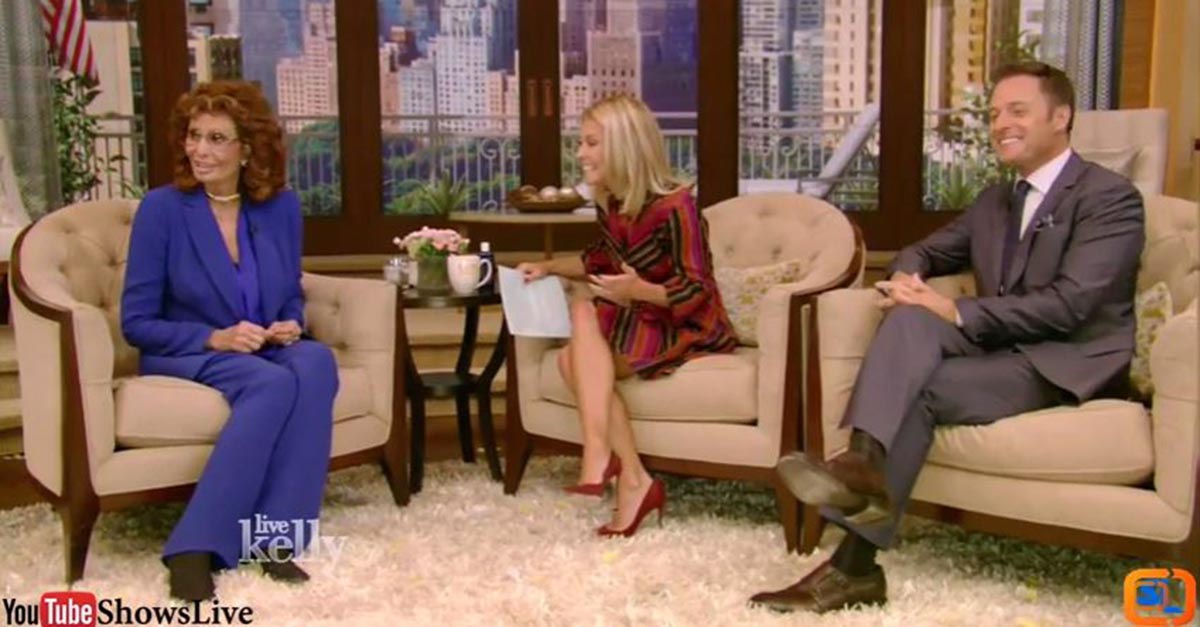