Sorry, bad boys — Amy Schumer’s just not that into you 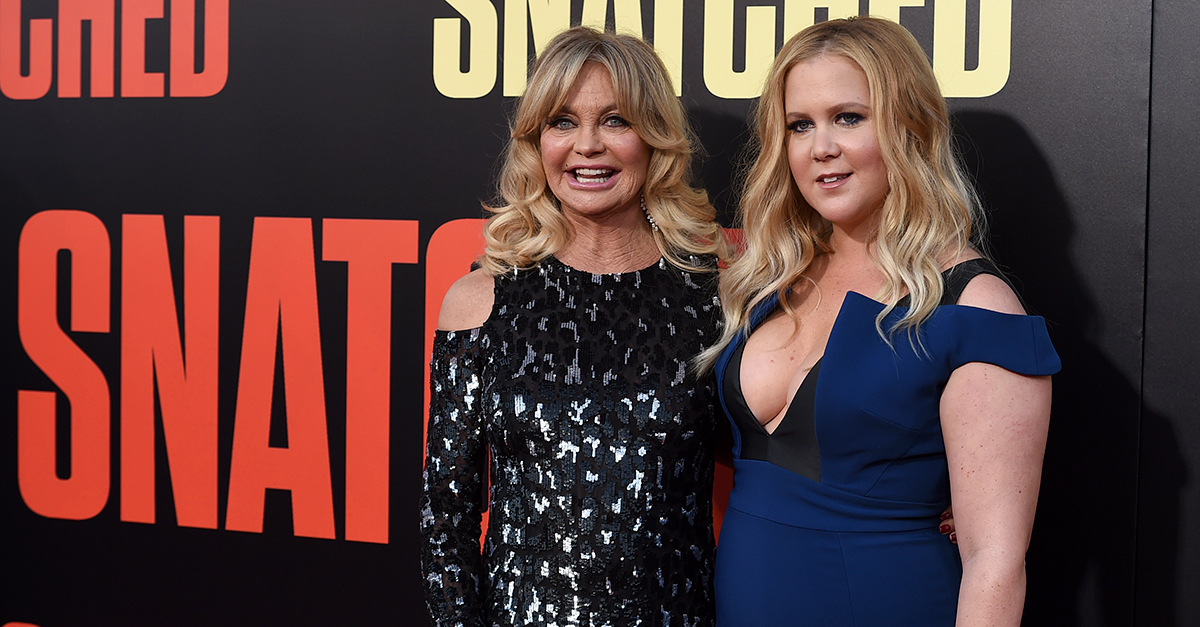 Comedian and actress Amy Schumer recently appeared on the U.K. talk show “Loose Women” on Thursday with her “Snatched” co-star Goldie Hawn. During the show, the women played the game “What Do You Prefer?” When asked if she would prefer a good boy or a bad boy, Schumer chose the former, saying she would “go for a nice guy.”

RELATED: Dirty laundry was aired when Goldie Hawn and Amy Schumer played “Never Have I Ever” with Ellen DeGeneres.

Schumer recently ended a year long relationship with furniture designer Ben Hanisch, according to US Weekly. Schumer’s rep said in a statement that Schumer and Hanisch have ended their relationship “after thoughtful consideration and remain friends.”

Hawn, meanwhile, said she would choose the bad boy. Hawn, who has been with actor Kurt Russell since 1983, said “I’ve got in a lot of trouble with bad guys, but Kurt’s gotten to be a much better guy. That’s for sure.”

Both Schumer and Hawn added that they would sleep with a guy on the first date.

“I was loose. I really was,” Hawn said. “But by the way, [Kurt] was loose too! It takes two to be loose. But I knew him, we flirted and stuff, it was consummated on one night. It was all consuming, it’s been that way for 34 years.”

Schumer also said in an interview with Howard Stern back in August that she and Hanisch used to have sex everyday, saying that they “love having sex with each other, but there’s no performing […] When it comes to sex, I lay there like I’m going to get a CT scan so I’m not pleasing anyone.”