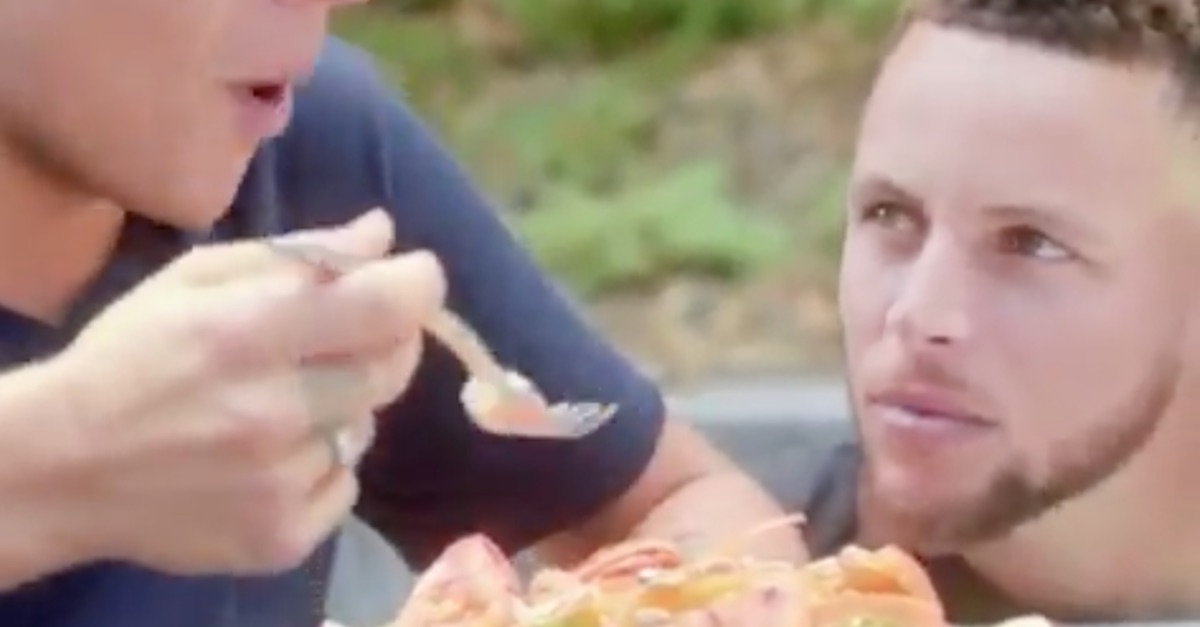 What exactly is Steph Curry doing? The internet is trying to figure that out after coming across his newest ad for Brita, shot alongside Vine star and comedian Rudy Mancuso.

Firstly, take a moment to watch a clip from the ad.

steph curry has a brita water commercial and um you should probably turn the sound on pic.twitter.com/Jhalj3ubSY

If the following reactions popped into your head right after, know that you aren’t alone.

Who's mans is this

But there was also a second school of thought.

The internet mostly had questions.

Whys the last shot gotta be so blurry? Maybe @kevinlove was there.

Others already had plans for the song.

LMAOOOO PLAY THIS AT MY FUNERAL https://t.co/YKoVNpzGPH

Aaaaand the internet just went back to criticizing the ad.

Steph Curry doing a commercial with a top 5 unfunny viner?

Just threw out my brita https://t.co/jteVbsQ11p

At least one publication tweeted that the ad was “painfully bad.” Ouch!

The NBA star shared more for anyone who was interested.

Filtering out water bottles and showing my man @rudymancuso the right way to start the New Year. Thanks to @BritaUSA. #ad
Check out the full video here: https://t.co/pQHnKWQKQn pic.twitter.com/g3GZ4eCOpP