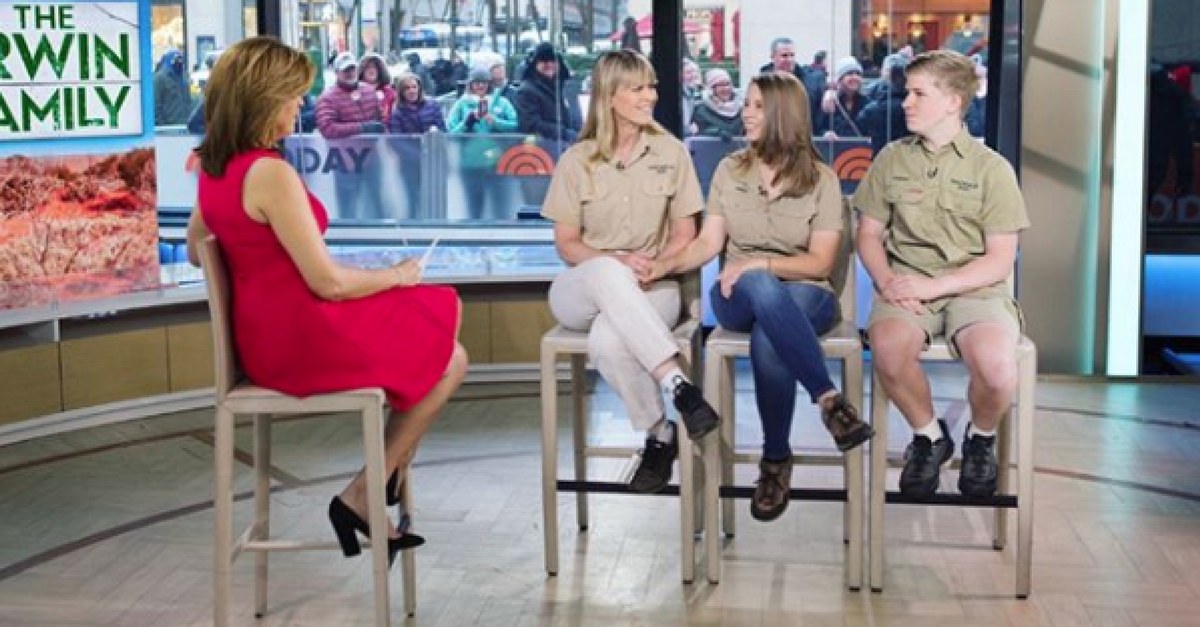 It’s almost been twelve whole years since “The Crocodile Hunter” Steve Irwin tragically and unexpectedly passed away, and his family is continuing to carry on his legacy today ? especially with their upcoming return to “Animal Planet.”

Terri, Bindi and Robert Irwin joined “The Today Show” on Friday to promote their conservation work and to share their excitement about their new show.

“It seems like it’s been way more than 11 years [since Irwin’s death], and in some ways the blink of an eye,” Terri Irwin, 53, said while sitting alongside Bindi, 19, and Robert, 14. “It’s a bizarre little time warp you get into when you’re dealing with grief, but we’re glad to be back.”

Had so much fun with my family on @todayshow this morning! Here are a few of my favourite moments! 🐍

The family’s new show will focus on the ins and outs of the Australia Zoo, which they own and run, and on their nonprofit organization Wildlife Warriors. According to Bindi, working with animals is “a part of who we are, it’s not just what we do.”

“We do want to carry on in Dad’s footsteps, and make sure everything he worked so hard for continues on,” she added.

Since Steve Irwin’s death, his children have grown up and changed a lot. But one thing has remained the same: Robert is still the spitting image of his dad.

RELATED: Bindi Irwin takes a walk down memory lane with footage of her family?s ?special moments? from 2017

Catch my family on the @todayshow this morning! We will be joined by some incredible animals!! 🐊

In addition to the Irwins’ new show, “The Crocodile Hunter” will also receive the honor of a star on the Hollywood Walk of Fame later this year.

“Steve would have been so excited,” Terri said. “He loved everything about filming, and getting that mainstream message to people. Even if you’re not into conservation, to try and enlighten people to love wildlife.”