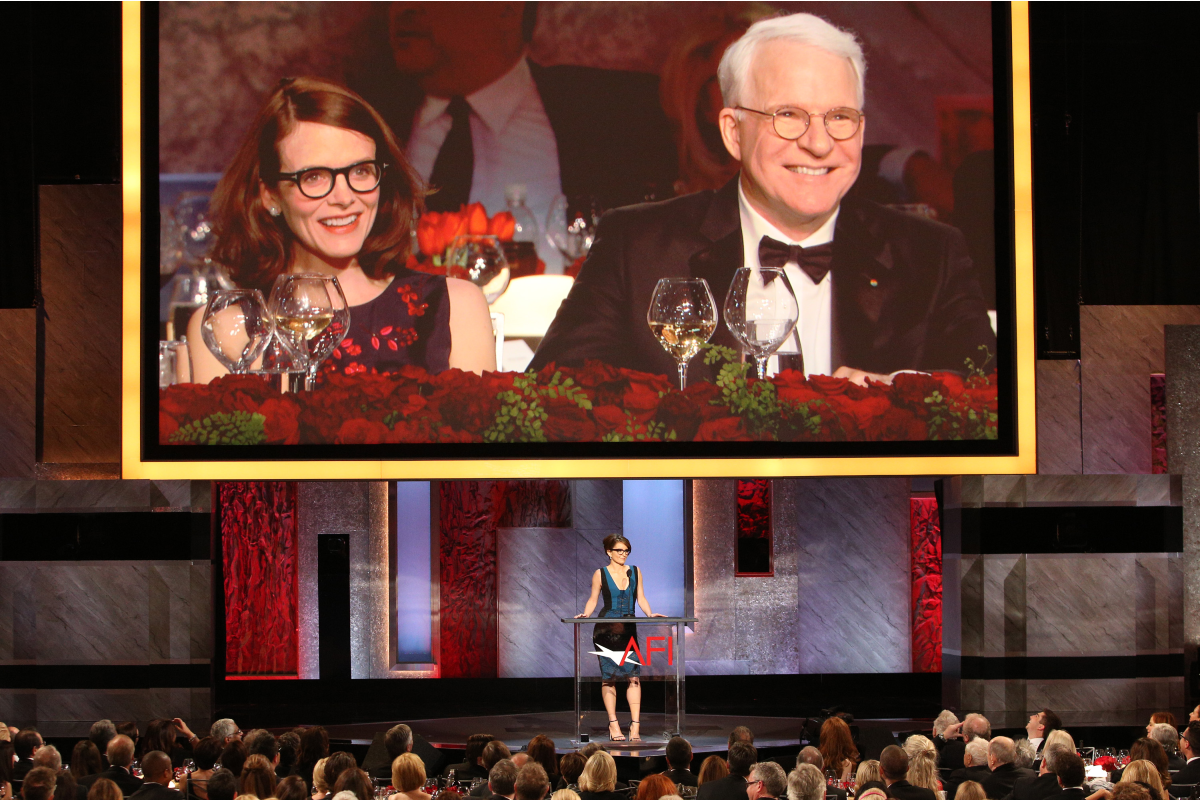 American comedian Steve Martin, the silver-haired banjo-picker and giant of stand-up and Hollywood, is also known for his introversion. Despite his tendency to keep personal life private, we do know a little about his love life: his early relationships, his first marriage, and his current marriage to Vogue and The New Yorker writer and art collector Anne Stringfield.

Steve Martinhails from Waco, Texas, and first gained fame as one of the stand-up comedians who wrote and performed on the 60’s variety show The Smothers Brothers Comedy Hour, for which he’d later win an Emmy. From there he began releasing Grammy Award-winning comedy albums and appearing as a guest on television shows like The Tonight Show and Saturday Night Live. In fact, he appeared so often on SNL throughout the ’70s and ’80s that some mistook him for a cast member — he held the record of 15 guest appearances before he was unseated by Alec Baldwin, according to the SNL wiki.

His first feature-length film was 1979’s The Jerk. His filmography would go on to span several decades and includes both dramatic and comedy pieces, from 1984’s All of Me to 1991’s Father of the Bride to ’00s remakes of The Pink Panther and Cheaper By the Dozen.

His first public relationship was with The Jerk’s female Bernadette Peters. Neither spoke much with the press about their relationship and despite appearing in 1981’s Pennies from Heaven together, they broke up a year later. Steve later married for the first time in 1986 to British actress Victoria Tennant, with whom he’d star in 1991’s LA Story. Victoria Tennant and Martin would be married for seven years before she left him for another man in 1996.

The woman who is Martin’s wife today was first introduced to the comedian in the early ’00s. Her online and social media bio is limited, but we do know Anne Stringfield is the daughter of a University of West Florida archeologist and a pulmonologist and that in her early life she attended Pensacola High School. She graduated from Davidson College in 1994, and was hired as a fact-checker for New Yorker Magazine, and would occasionally write features and reviews of off-Broadway plays.

The couple was first introduced through this job, Stringfield first contacted Martin regarding a profile of him in the New Yorker. They hit it off over the phone and began dating. Three years later they married in a surprise ceremony, attended by Los Angeles elite like Tom Hanks, Bob Kerrey, Ricky Jay, Eugene Levy, Reiner, and Martin’s best man Lorne Michaels.

In the spirit of their secret wedding, the couple still keeps a low profile, rarely appearing on red carpets together. In 2012, Stringfield gave birth to their first child, Mary Martin (though Steve would joke to David Letterman that they named the baby “Conquistador”). Their age difference of about 30 years drew some jokes from Tina Fey in 2015, who said Steve had married a “younger, thinner, smarter” version of her. Sources estimate Steve Martin’s current net worth to be hovering around $140 million.