Steven Seagal Was Banned from SNL for Being ‘Unequivocally Bad’ 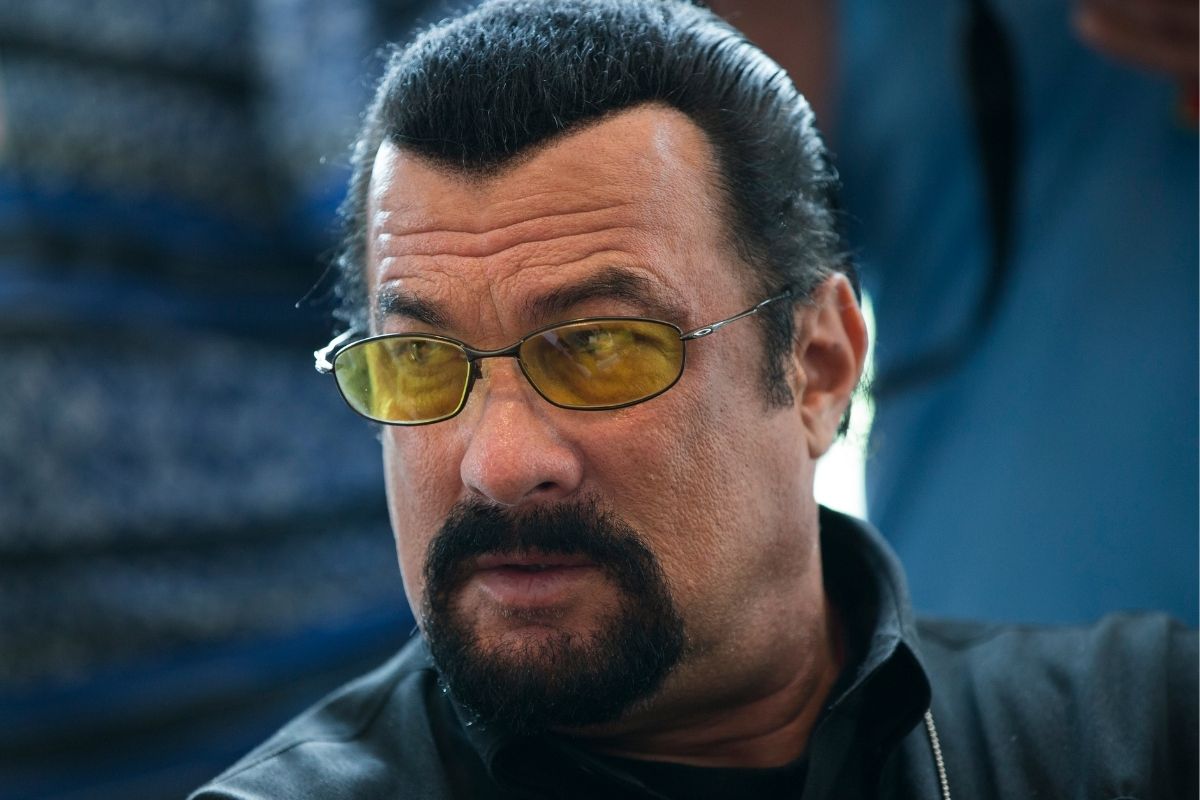 Some of Saturday Night Live‘s best episodes premiered in the 90s. With a star-studded cast that included Chris Rock, Dana Carvey, Adam Sandler, Chris Farley, and David Spade, just to name a few, it was peak SNL! That was until Steven Seagal hosted the show and got banned for being the worst SNL host in history!

Actor Steven Seagal was at his peak in the 90s. The action star was coming off Under Siege and Hard to Kill, amongst other films. He was well known for his martial arts abilities, which were often shown off in his films. While the actor hasn’t starred in a successful film since 2019, he’s been in the spotlight for some dark reasons. He has been accused of sexual assault, worked alongside Russia’s Vladimir Putin, and was charged with unlawfully promoting cryptocurrency in 2020. So, being the worst Saturday Night Live host of all time is the least of his concerns.

His Time On SNL

Seagal hosted the NBC late-night show on April 20, 1991. Hosting SNL is a big deal! The tv show begins prepping the week prior to the Saturday it airs. Seagal showed up to rehearsals with a bad attitude. Former cast member David Spade shared in the book, Live From New York: The Complete, Uncensored History of Saturday Night Live that Seagal’s behavior was so difficult that they considered not having a host for the first time ever!

Fellow SNL cast member Julia Sweeney shared that Seagal began pitching his own sketches that were downright awful. One of them included a victim of rape going to therapy. That is completely unfunny and made the cast uncomfortable.  He refused to make fun of himself, an essential aspect of being on SNL! When it came to the cold open, the writers thought it would be funny to include a sketch of Seagal and the song Kung Fu Fighting, given his martial arts background. He completely refused. The whole situation was difficult for the cast.

When it came time for the show to air, the guest host seemed like he didn’t want to be there. He didn’t crack a small or give in to the skits. He was so terrible that producer Lorne Michaels ended up pulling the episode from rerun rotation. Thankfully the sketch comedy show had their tried and true sketches like Weekend Update to break up the horrible performance by Seagal.

A year later, Nicolas Cage would host SNL. At one point in the episode, he tells Lorne Michaels he must be the biggest jerk to ever host the show, to which Michaels responded, “no, that’s Steven Seagal.”

Seagal is not the only performer to be banned from the show. He joins the likes of musical guests Sinead O’Connor and Elvis Costello, amongst others. However, it seems amongst former SNL cast members, Steven Seagal was by far the worst guest in history!