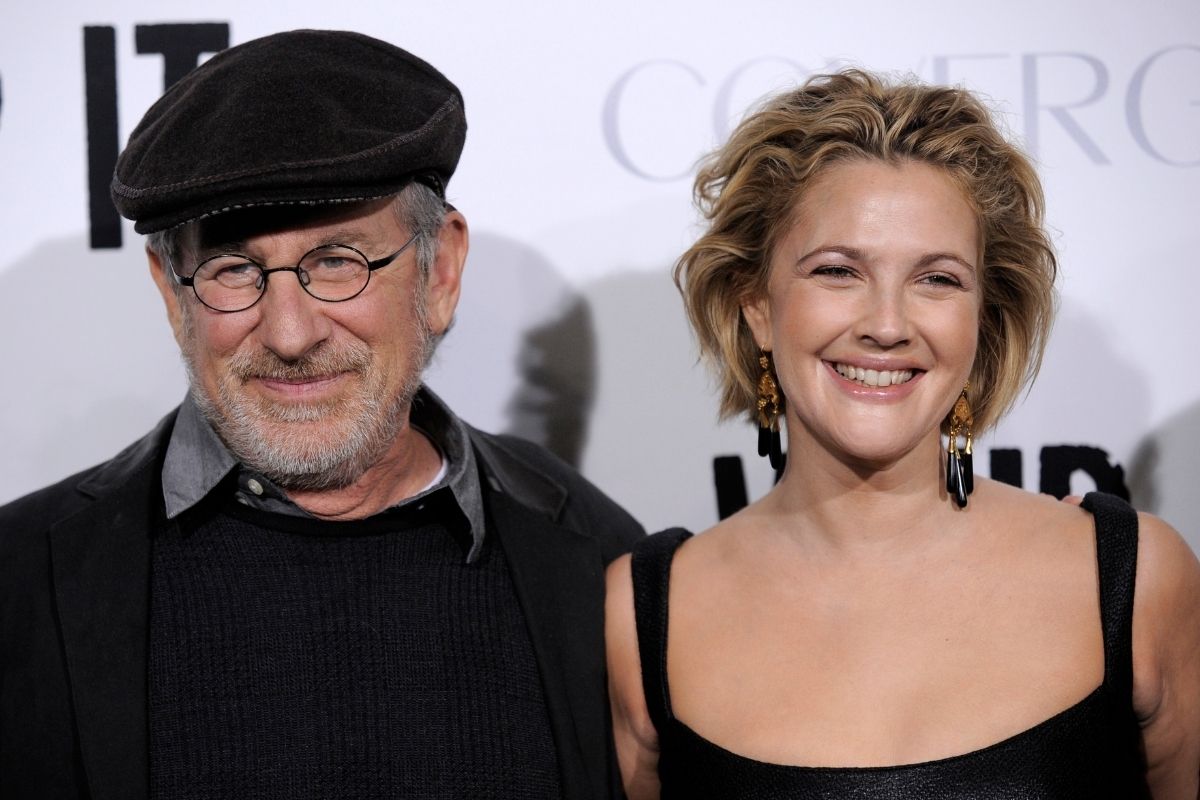 Drew Barrymore and Steven Spielberg go way, way back. Spielberg directed Barrymore in her breakthrough role as Gertie, the little sister with the big scream and big heart in his 1982 blockbuster E.T.: The Extra-Terrestrial. The two stayed close over the years, with Spielberg often acting in a paternal role toward Barrymore, stepping in to advise and even admonish her during one of the more controversial periods of her life.

Steven Spielberg is one of the all-time well-respected and commercially successful Hollywood film directors. He got his directing start in 1971 with Duel and broke through with 1975’s smash summer hit Jaws, per the IMBD. He then went on to make movies that have come to influence and even define their genres. Close Encounters of the Third Kind (1977) took the concept of science fiction and brought it literally down to Earth by examining the ways in which people might emotionally respond to and interact with UFOs, while Raiders of the Lost Ark changed action-adventure movies and pop culture forever with the introduction of Indiana Jones.

With E.T., Spielberg clearly had more to say about human-alien interactions, particularly how children would form relationships with an extraterrestrial. Drew Barrymore was the first child actor cast in the movie; per Time, Steven Spielberg “loved her energy and was particularly charmed by her claim that she was the drummer in a punk band called the Purple People Eaters.” It was the beginning of a lifelong friendship; in fact, Spielberg went on to become Barrymore’s godfather.

Spielberg has said that making E.T. made him realize that he wanted to be a father. He had one child with his first wife, actress Amy Irving, and five children with his second wife, actress Kate Capshaw.

Drew Barrymore: A Lifetime of Fame

Drew Barrymore was born on February 22, 1975, as reported by the IMDB, into the famous Barrymore family; several of her relatives were stars of the stage and screen, with her grandfather, John once called “perhaps the most influential and idolized actor of his day.” She made her own acting debut in commercials before she was even one year old and had a small part in the 1980’s Altered States. After E.T., Barrymore became one of the most well-known child stars of the 1980s, starring in Firestarter, Irreconcilable Differences, and Cat’s Eye, as well as becoming the youngest person to ever host Saturday Night Live at the age of 7 in 1982, a record she still holds to this day. (She also once held another second SNL record—on October 10, 2009, she became the first woman to host the show six times.)

Barrymore’s teenage years were notoriously troubled. She entered rehab for the first time at 13 and spent several years in various institutions, becoming emancipated at the age of 15. This period of her life was recounted in her best-selling autobiography, Little Girl Lost in 1990. She came back into the spotlight in the mid-1990s with movies like Boys On The Side, Scream, and Batman Forever. In 1998, she made her first movie with Adam Sandler when the two starred in the ‘80’s throwback The Wedding Singer. They would go on to make two more movies together, 50 First Dates (2004) and Blended (2014).

“Because That’s What Parents Do!”

In 1995, Drew Barrymore was going through a bit of a wild phase, as plenty of 19-year-olds are wont to do. Of course, most 19-year-olds didn’t grow up in front of the world and have all eyes upon them throughout their lives. When Barrymore did a nude Playboy pictorial in January of 1995, followed by an April appearance on the Late Show With David Letterman, during which she danced on Letterman’s desk and flashed her breasts at him, her back to the camera. Steven Spielberg acknowledged Barrymore’s string of revealing performances with a pointed joke. Per The Wrap, he sent her a quilt for her 20th birthday with a note attached to it reading “Cover up,” along with a copy of her Playboy layout with paper doll clothes literally covering her up.

Drew Barrymore now hosts her own talk show, The Drew Barrymore Show, and she recently celebrated her 46th birthday with the help of guest host Savannah Guthrie. In addition to appearances from Drew’s best friend and Charlie’s Angels co-star Cameron Diaz, both David Letterman and Steven Spielberg stopped by to wish Barrymore a happy birthday. Of course, the “cover up” incident was discussed, and Barrymore laughingly relayed the story, as reported by Showbiz Cheat Sheet, proclaiming “Because that’s what parents do!” Spielberg shared that Barrymore had sent him a gift in response to his and showed it to the audience: a series of three photographs featuring Drew dressed in a nun’s habit captioned “I’m sorry,” “I’ve seen the light,” and “I’m on my way.” These photos still hang in Spielberg’s home today.